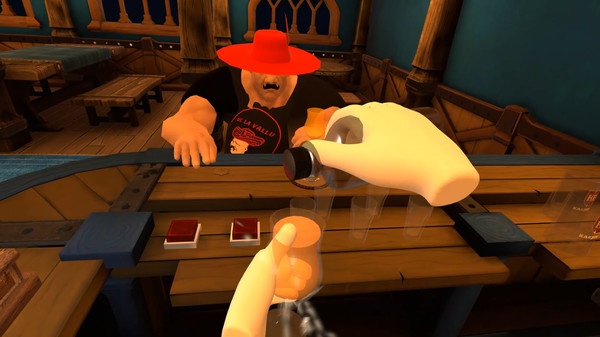 May 13, 2022 Posted by Bill Loguidice Review No Comments

Bartending video games got off to a great start with the 1983 arcade classic, Tapper. In that game, you had to run up and down four bars to serve demanding, thirsty patrons, collecting empty mugs and money along the way. It was hectic, comic fun, with timeless gameplay that’s still a blast to play today. Interestingly, in the decades since the release of that iconic title, there have been few attempts at taking its core conceit of tending bar in an action-packed video game setting and turning it into something new. Now, Taphouse VR does just that, and in virtual reality to boot.

Taphouse VR casts you as a bartender pouring and mixing beverages of all kinds into glasses, mugs, shot glasses, and tankards for thirsty, demanding dwarves. The goal is to serve the drink desired in the drinkware desired as quickly as possible for gold coins. If you’re too slow, serve the wrong drink, mix the ratio of ingredients incorrectly, or use the wrong drinkware, the dwarves will walk away in a huff without paying.

You start out in a master tavern that you can explore and use to get a general sense of the controls, including for the working slot machine. This master tavern is also where you can select from the various playable taverns, from the smallest bars where you serve one customer at a time and all of your ingredients and drinkware are within easy reach, to the largest and hardest where you need to serve multiple customers at once and the ingredients and drinkware are spread out.

Designed for Vive, Vive Pro, and Oculus Rift owners, Taphouse VR can be played seated or standing. Since there’s a lot of movement, it’s generally easier to play the game standing, and, as a room-scale experience, having a larger play-space to work in helps. Of course, even the largest play-spaces may have trouble accommodating the in-game areas of the larger bars, so even those players will welcome the option for warp-based movement with the Trackpad.

The bartending controls are simple and intuitive. Using both motion controllers, you use the Trigger to make your hands grab, operate, or drop bottles, cans, taps, drinkware, and coins, among other items. You can also send away dwarves who are too drunk to stand and break up any of the fights they might get into.

The audio-visuals are excellent. The environments are charming, the characters have real personality, and everything has a unique, consistent look. Sound design is equally polished, with pleasing sound effects and background music.

Unfortunately, as pleasing as Taphouse VR is to the senses, the gameplay itself gets a bit repetitive. While there’s definitely something interesting about mixing and serving drinks as accurately and quickly as possible on a basic level, there’s no variation here to keep things fresh other than some changes of scenery and an increase in difficulty. Of course, the same could also be said for its distant ancestor, Tapper, so at least it’s in good company in that regard.

That’s also not to say that there’s no nuance to Taphouse VR. Drinks can be one type of beverage, or require a proportional mix of multiple beverages, say, 70% of one and 30% of another. There are no measuring marks on any of the drinkware either, so you’ll have to get good at guesstimating the percentages to make your more discerning dwarve patrons happy.

For a game that’s considered early access, and thus subject to significant changes going forward, Taphouse VR is a surprisingly complete and polished experience. If the developers can add just a little more variation to the gameplay, they’ll have a true standout and a worthy bookend to what Tapper kicked off so long ago.

Taphouse VR is available on Viveport or with a Viveport Subscription. 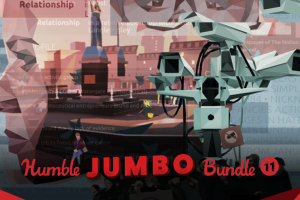 Pay what you want for tons of Steam games in The Humble Jumbo Bundle 11!

Pay what you want for tons of Steam games in The Humble Jumbo Bundle 11! 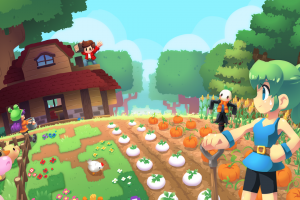 Staxel, a creative farming and village game, is now available

Staxel, a creative farming and village game, is now available

Here’s the link to purchase the Steam Windows version of[...]