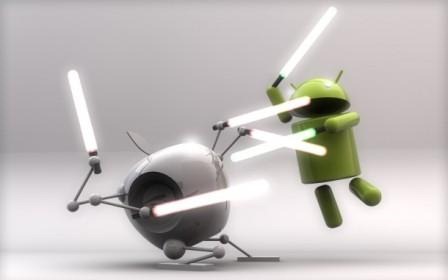 If you don’t know me well, let me make one thing clear right off the bat. I don’t care one iota for platform wars, fanboys, or any other designation or term that indicates a strong bias for one platform over another for “reasons.” Bottom line, I use what I like, and, when it comes to technology, there’s not much that I don’t find appealing. Since I’m human, I of course have preferences at any given moment, but the point is, I’ll use anything and everything I please and will switch platforms or ecosystems at the drop of a hat if it makes sense for my current situation. That’s what this blog post is about.

iOS versus Android? No thanks!

Unfortunately, the Galaxy Note II was from Samsung, and that means lots of bloatware. Eventually that bloatware or some other combination of factors bogged the performance of the phone down to unacceptable levels. That, married to poor battery life (I added a huge extended battery that made the phone unbalanced and prone to dropping, with its cheap plastic backing “helpfully” blowing off along with the battery even moreso than when using the stock setup) and annoying Bluetooth issues in my car, made me decide to move onto the HTC One M8 once that was announced. If I were unable to pull off the switch, I would have certainly gone through the undesirable effort of wiping the phone and starting over again, but, luckily, it didn’t have to come to that (and I would have still been left with the poor physical design of the phone). As a side note, while I always have the best intentions with pen-based devices, I find I end up using the pen very little. That was the case with the Samsung.

In any case, I was initially quite happy with the HTC One M8. It’s a good size, has a solid design, and decent battery life. Unfortunately, after several months of ownership, all-too-familiar issues started to present themselves. First, the Bluetooth was intermittent at best. It has the most trouble connecting in my car (the Samsung gave me trouble in a Ford Fiesta, while the HTC is giving me trouble in a Toyota Prius). I literally need to turn the car on, then start and restart the Bluetooth on my phone to get it to connect properly for media playback. Even though I had similar Bluetooth issues with my previous car and the Samsung, this time with the HTC I was also running into issues with one of my portable Bluetooth speakers, with a similar need to occasionally have to restart the Bluetooth service on my phone. Not good, especially with how much I use that feature.

The Home Screen on my HTC One M8. Google Maps should be where Waze is!

Next up were performance issues. My HTC is now sluggish and that’s without most of the type of bloatware that was stuck on the Note II. Also not good. Finally, one of my primary uses for my phone besides listening to podcasts in the car is to get me back and forth from home and work on my daily commute. For that, I use Google Maps, which does a fine job of re-routing me when traffic becomes an issue. Unfortunately, in the past week, the mighty Google Maps crashes on start up, and there’s no easy way to reinstall it (it’s one of those “permanent” apps) or fix it. As a backup I’ve been using Waze, which is decent enough navigation software, but it has its share of annoyances and doesn’t seem as deft at re-routing me due to traffic issues.

So, in comes the Apple announcements of the iPhone 6 and 6 Plus. My wife has never wavered from the iPhone, so I got to see first hand how nice the 6 Plus was when she upgraded from her iPhone 5 (and the impressive leap in battery life was clearly noticeable). My biggest pet peeve with the iPhone was always the small screen. The Plus solves that problem, plus has a killer camera to boot, something that’s always important to me. As such, my only decision was do I wipe my HTC One M8 and try again with it, or switch over to the iPhone 6 Plus. I chose the latter, mostly because I just don’t want to deal with the Bluetooth issues anymore with Android (it doesn’t hurt that I’m not at the mercy of AT&T for OS updates with the iPhone either).

I’ll report back when I get my iPhone 6 Plus (in a few weeks maybe? Delivery is slow on these due to demand so I could be looking at the end of November from an early October request!) and get to use it a while to see if it has issues of its own (it almost certainly will), though I’m cautiously optimistic. If I find I have similar Bluetooth issues, for the phone after this, I may very well consider switching back to Android and whatever the latest Nexus phone is at the time, hoping that a cleaner version of Android will help me avoid most of the issues I’ve been having. If not, I could well stick with another iOS-based phone.

Have you had a similar switch experience one way or the other? I’d love to hear about it in the comments. The bottom line is we all likely have unique use cases for our phones and I’m sure experiences vary. One thing I don’t want to hear is how I should root my phone, do “x, y, z” to fix it, etc., because I really shouldn’t have to do any of that unless I really was into that type of thing. For what little time I have these days, messing with my phone in that way is way down on my list of priorities.

Finally, in terms of significant features and support and taking all the brand loyalty nonsense out, both iOS- and Android-based devices are a wash here in the US. Me being me, I’d consider a Windows Phone if only I could guarantee it had the key apps I need, like my banking app, and support for things like fitness devices. It usually doesn’t, so it’s not an option. Like voting for President, it’s really only a democratic process if you consider having only two options enough.

Update: While Google Maps crashes when I try to launch the app directly, if I send a navigation command from Google Now, it seems to work. Ah, the vagaries of technology… 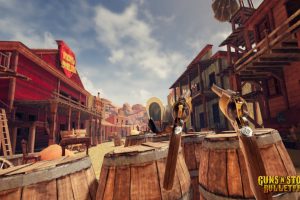 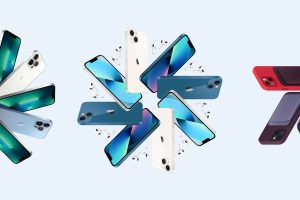 To help you out, we've put together the latest Apple news as we approach the end of 2021. 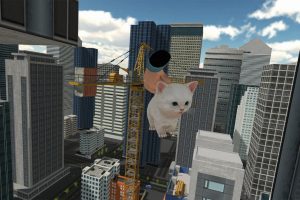