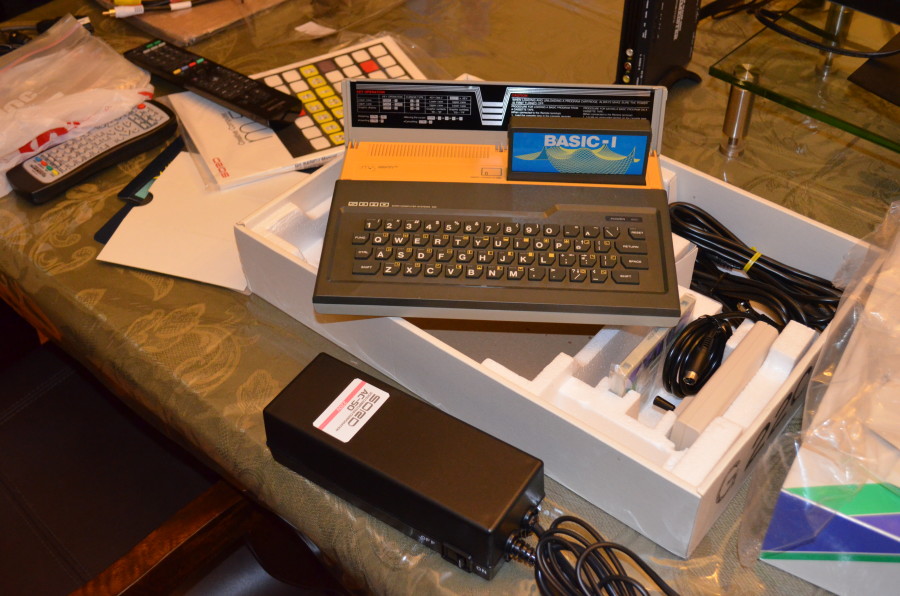 January 5, 2015 Posted by Bill Loguidice How to, Review No Comments

This is the second in a series of posts on using the XRGB-mini Framemeister with a wide variety of computers and consoles from my collection. This time up, it’s the obscure Sord M5 computer. As before, I’ll be using the versatile classic Commodore 1084S-P (CRT) as the “control” or gold standard for comparison purposes against the XRGB-mini Framemeister hooked up to a modern Sony PlayStation 3D display.

This was actually the first time I took the Sord M5 out of the box. As you can see from the photos, it’s quite diminutive. While this was primarily a Japanese computer and was never released in the US, I have the European version with English instructions, which I got off of an Italian gentleman. You can look at the photos for this blog post here:

As a first-time user, one thing I noted right away about the machine was that despite being a vintage-style chiclet keyboard, meaning “it’s almost certainly awful,” it’s actually fairly responsive as such things go. What does qualify as “awful” though was the decision to put the spacebar (or space button in this case) where you usually find a Return or Enter key. The other quirk of the machine is that there’s no built-in BASIC interpreter. You need some type of cartridge plugged into the machine to make it do something. It comes with BASIC-I, which is a simplified integer BASIC (also in the box was a baseball and shooting game on cassette, which I didn’t bother to load up). I also purchased from a UK seller a separate BASIC-G (which had no cartridge shell from the factory), which is a game-centric BASIC.

In any case, the voltage is 220v, so I used my usual step-up/down power converter to take care of that. As for audio/video output, the Sord M5 has both RF out and discrete composite video and mono audio outputs. Naturally, I used the composite outputs and ran those straight to the back of the 1084S and then to the front of the Framemeister.

While the 1084S displayed a sharp picture (again, as you can see in the photos), it did so in black and white. I had a similar problem with my Australian Dick Smith Wizzard (a rebadged CreatiVision) on various displays, which was only solved by using my 13″ Sharp world TV (CRT). I didn’t bother to try that here, though.

The Framemeister looked pretty good using the same settings I used on the Adam (NATURAL picture, STANDARD aspect ratio, 1080p/60 output), save for one thing. Here’s some video  (again, captured at only 720p from the 1080p/60 output) of me entering in (poorly) a simple BASIC-G program:

As you’ll note from the video, there were odd colored lines on the extreme left of the picture that weren’t present on the 1084S. Clearly, it’s some type of overscan/underscan-type thing. It’s by no means a deal breaker, as it showed color where the 10804S didn’t, but it is frustrating I couldn’t get that out of the output. In any case, although the Sharp world TV may prove the best option, using the Framemeister for this system is a viable alternative. 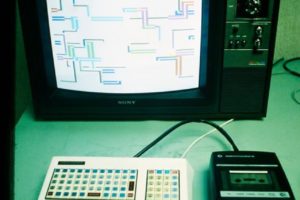 As indicated in my previous blog post, found here, I’ll[...]