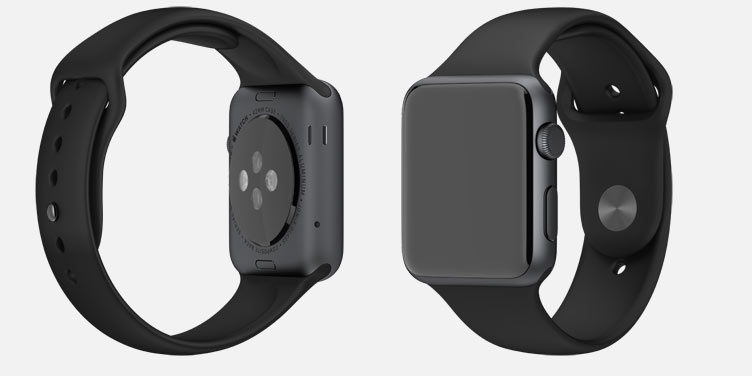 May 29, 2015 Posted by Bill Loguidice Editorial No Comments

After ordering on the morning of its first pre-order window, April 10, I finally received my 42mm Apple Watch Sport featuring Space Gray Aluminum Case and Black Sport Band, yesterday. These are my first impressions.

Even with the relative high cost of the watch, I didn’t expect much from the packaging. Instead, Apple went all out to deliver a premium experience, as you can in the photos that follow.

The size of the box the Apple Watch was shipped in was huge. It was also heavy!

Even the box inside the packaging is huge.

It’s like a Russian nesting doll. The case the watch itself is in is really nice, and I can see why the empty packaging is so appealing on eBay.

Taking the watch out of all of that packaging, what impressed me was the small relative size of the watch. Even though I have the “large” 42mm (versus the “small” 38mm), I was still surprised it was as sleek as it was. I also wasn’t expecting much from the watch band – I mean after all, whatever fancy name you want to give it, I got the rubber band – but the way that it snaps and tucks is downright inspired. Again, say what you will about Apple and their price gouging, but they sweat the details.

The rubber band has no dangly bit thanks to its clever design.

My previous watch was a Pebble Watch (Kickstarter edition). It’s a good watch with excellent battery life and great water proofing, but I was looking for even more of the functionality I got a taste of with the Pebble.

Setup was relatively straightforward, though it did take a while to download the apps from my iPhone 6 Plus.

First things first, the interface is not intuitive. I think I have a handle on it after the first day, but it has no direct analog to typical smartphone or tablet interfaces other than the elements that you can simply touch. The combination of digital crown (a dial you turn and push) and secondary button, along with the touch screen and voice interaction, offer quite a bit to do on such a small screen, and, good or bad, there appear to be multiple ways of doing the same thing. It’s not necessarily a fault of the user interface design, but it is something to keep in mind for those expecting a familiar experience.

In early usage, I can’t help but think how the 42mm size still has a very small screen. I can’t imagine how someone could use the 38mm and still hit the touch targets properly, but my fingers aren’t the daintiest either. In any case, it’s definitely an attractive looking watch, although it’s undeniably an attractive looking digital watch, and could be mistaken for nothing else, at least in the version that I have.

I tried to go into every option on the Apple Watch phone app and then every option on the watch itself. It’s set up satisfactorily for now, although I suspect I’ll be getting rid of the watch app clutter and adding things back in slowly over time. As you can see in the image that follows, it’s a lot to take in. (To take a watch screenshot, press and hold the side button on your Apple Watch, then immediately press and release the digital crown. After you take a screenshot, you can find it in the Photos app on your iPhone.)

An actual screenshot from my watch showing how much relative clutter there is on my screen when allowing it to install all available apps from my phone.

I of course turned on things like the activity tracking and will be making specific use of it at the gym later today. I also used Siri a few times, as well as made a call. It seemed to work as well as you would expect, which means its good for convenience, but not something that would replace your phone (not that that’s even an option). The volume does get surprisingly loud, and I was able to play a podcast and hear it just fine on the tiny speaker. I didn’t test music out yet, but I don’t suspect that will be an issue, albeit not exactly a music hall experience.

While some people are bemoaning the lack of third party watch faces (and I made great use of them on the Pebble), the argument goes that Apple’s limited selection of options are designed to maximize battery life. For now that’s a reasonable enough argument, but something I would expect to be explicitly addressed in a second revision watch with 2+ days of battery life. As it is, I’ll be doing my best to tap all of its existing features and hoping for some really clever apps to be released this year.

This is the watch face I settled on, and is arguably the most useful. Each of the elements you see on the watch face are customizable with other info or app feeds. Some watch faces are more attractive, like the Mickey Mouse one, but no other one presents so much personalized information on one screen. Note the red dot, which means I have an unread notification.

In terms of water resistance, the Apple Watch is rated IPX7 under the IEC standard 60529. For practical purposes this means that the Apple Watch can be totally immersed in just over 3 feet (1 meter) of water for 30 minutes. However, testing is done in fresh water, not salt water, and that or the chemicals in a swimming pool may have other effects on an Apple Watch that I’m not willing to risk at this point. As such, while I’ve decided I’ll shower with the watch when at the gym (but not at home), I’m not going to swim with it anywhere (despite plenty of others already doing so to no ill effect), unlike my Pebble Watch, which I had no qualms about doing everything with.

For swimming, I’ll just revert to my ginormous atomic Casio Pathfinder watch (PAW-1100), which was designed to handle anything, or simply do without. Of course, I could also simply hold onto my well-worn Pebble (and just sell my wife’s Pebble, which she never really used anyway) for extreme use cases (I would of course have to reinstall the Pebble app first; I removed it from my iPhone because I don’t need the app running in the background). I’m assuming that future versions of the Apple Watch will allow for more aggressive water use, perhaps by eliminating or refining some of the potential failure points like the digital crown. Considering how the iPod, iPhone, and iPad evolved, it will fascinating to see the Apple Watch goes through a similar evolution past this first iteration. Of course, the more reports I read of continued use in pools and the ocean, I may very well end up breaking down and using my Apple Watch everywhere. I guess time will tell, but for now, my strategy is shower only.

Despite some struggles with the user interface, I like what I’ve been able to use in less than 24 hours with the watch. My impressions will no doubt evolve over time along with the watch itself. It should be fun.

To close, I wanted to quickly share an email I got from Apple about the watch. It again speaks to how, to go along with the high cost, Apple does try to treat you to a world class experience. It’s no doubt part of why they have such rabid fans. Here’s the email:

A heated discussion on one of the many forums I[...] 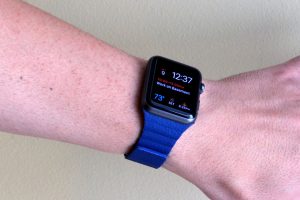 Being the fourth third party 42mm Apple Watch band I[...] 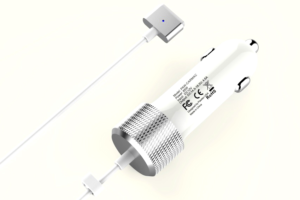 While car chargers for smartphones, tablets, and other USB-powered devices[...]