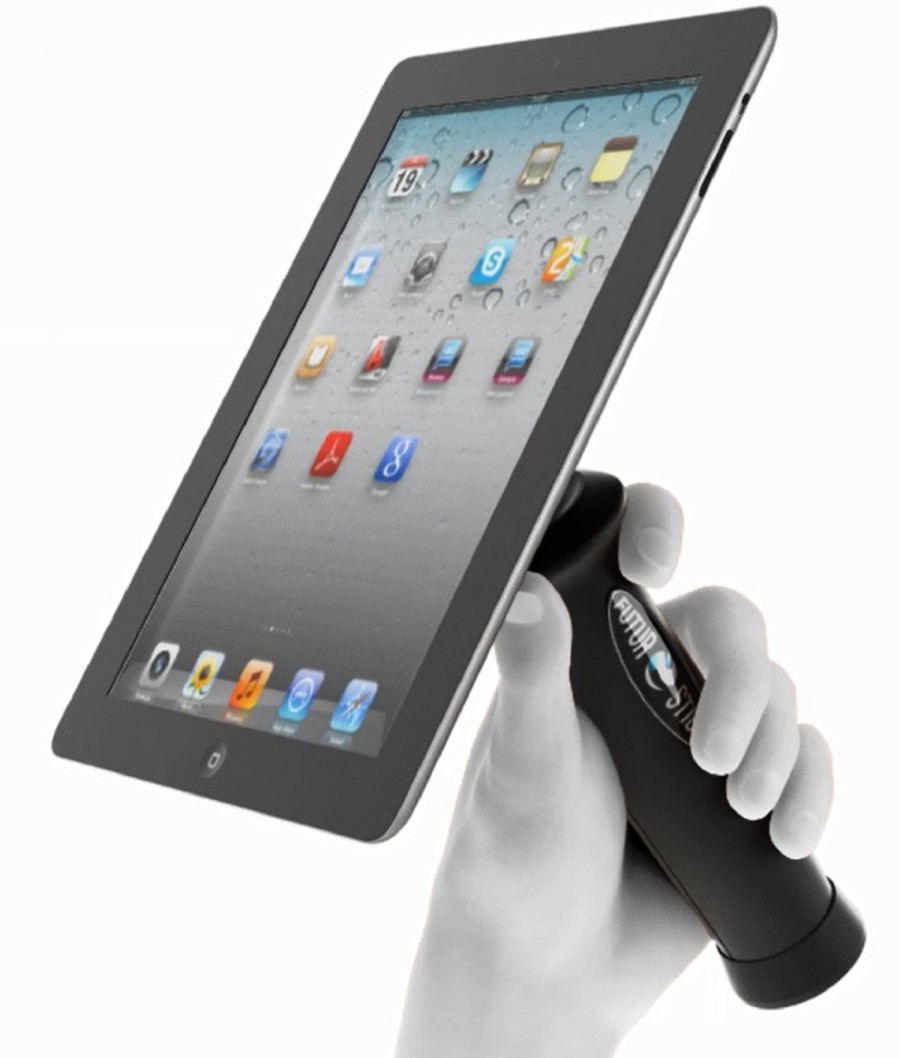 Just when you think there are no more great ideas left in tablet holder/stand designs, along comes something like the Futur-e-Stick Tablet Holder. It’s not only a heavy duty tablet holder/stand, but also has a removable charger module in its handle that can help give any USB-powered device a little extra juice. Smart.

The unassuming black cardboard box it comes in, which is held shut with magnets, contains the handle with rechargeable battery module pre-installed, tacky mounting disc, optional handle cover for when you’re charging the battery module, USB cable (to charge the battery module; you would typically use your own device’s USB cable to charge from the stick), and an instruction manual.

The tacky mounting disc simply screws on the top of the stick where the bearing is and allows it adjust to just about any angle. Unscrewing the battery pack if you want to remove it and charge it elsewhere (or use it to charge a device in another room) is similarly easy, as is screwing on the handle cover.

Once assembled, I found when testing the Futur-e-Stick Tablet Holder with an Apple iPad 2, Amazon Kindle 6″, and an Asus TF101 tablet, it did exactly what I needed it to. I could either hold the device from the stick, or place it on a table for a great viewing angle.

As for the tacky surface, as is usual with these things, if it ever does lose its stickiness, it’s easy enough to run it under water with a little soap, then let it air dry. The stickiness will again work like new.

If you’re in the market for a tablet holder/stand, it’s hard to go wrong with the Futur-e-Stick Tablet Holder, particularly since it’s only $35.95 on Amazon at the moment. For that money you’re not only getting a highly functional holder/stand with great build quality, but also an emergency charger. While its battery is not quite strong enough to charge a full-sized tablet’s battery beyond 25% or so, that’s still 25% more usage than you otherwise might have. If you use it to charge a smaller device, expect even better results.

Futur-e-Stick Tablet Holder supporting an iPad on a table.

Special thanks to Futur-e-Stick  for the review unit. Finally, for more info, check out their promotional video below: 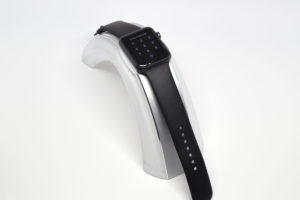 One of the nice things about owning an Apple product[...] 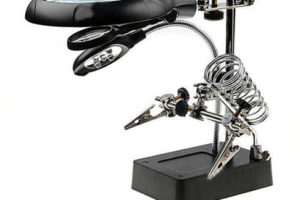 When soldering or doing other hobby-related tasks, it’s helpful to[...]