Me being me, I couldn’t wait for my turn in the queue, so late yesterday I went directly to the Microsoft download site and downloaded the 64-bit USB/ISO version. When you run the .exe, it gives you the option to install to media or simply start the installer as-is. I chose the latter, figuring I can always create install media if I really needed it in the future.

There was one piece of software I made sure to uninstall first, and that was Stardock’s Start8, which was my Start menu replacement of choice for Windows 8/8.1. It’s my understanding it’s not compatible with Windows 10 (they have a Windows 10-specific version available), which is not a big deal, since I wanted to give the new Windows 10 Start menu a spin (and based on my early usage, I’ll be sticking with the default one).

As expected, the installation went smoothly, although there was one error when it was first downloading the bits for the initial install. This is not surprising as no doubt the Microsoft servers were getting hammered yesterday. In any case, I was able to proceed normally with the installation.

While I didn’t time it, I’d say the whole process from download to install took about one hour over wi-fi. After answering the usual configuration questions (like what to have it automatically do and what-not, which could of course be changed later via Settings), the install was finished and I was in.

Windows is still Windows, but there are settings in very different places and more things to configure than in 8.1, so there is something of a learning/configuration curve. I tried to hit all of the new nooks and crannies where settings are, but I suspect I’ll be discovering and tweaking things continuously over the coming weeks.

Once I was satisfied that the install was stable, I wanted to clean up my disk since I had very little space left. That’s because Windows 10 puts the old version (Windows 8.1) in its own folder on your system for a minimum of 30 days in case you want to go back to it. I have no plans to do that (for better or worse, I’m in for good), so I ran the Disk Cleanup utility and used the option to remove the unneeded system files. That freed up a considerable amount of space on my modest 256GB SSD.

Windows 10 on my Surface Pro 3 showing the Start menu (with activated Cortana integration). Note that the desktop “folders” are actually Stardock’s Fences, which works great on all versions of Windows from 7 onward, including 10.

I haven’t noticed any differences in functionality in terms of OneNote or pen integration, but I do have an issue with OneNote that actually cropped up early on with Windows 8 as well. For the Windows 8/8.1 systems, there was a fix to set the desktop version of OneNote (the one that comes with an Office 365 subscription that I have) as the default for all note functionality, including when you press the button on the Surface’s pen (to quick launch any time). Now, no matter what I do, the Modern version of OneNote launches with the pen button and also when accessing the Note option from the quick launch menu. Naturally, the desktop OneNote still launches and works fine, but as of now, despite setting it as the default version and setting it in the Surface Hub app, it still doesn’t do the quick access stuff. I suspect this will be patched at some point like it was on Windows 8.

Thus far, besides the minor OneNote annoyance (luckily I don’t use it much), the only other annoyance is that, after activating her/its functionality, I can’t set Cortana to wake up by just saying “Hey, Cortana.” I have to click the button first. It also needs some boost in intelligence. Asking it, “What’s the weather like today?” works great, but then asking, “What’s the extended forecast?” gives me the weather for today again. That’s something even Alexa (Amazon Echo) does without issue, so it’s something I suspect Microsoft will address early on in an update as it continues to add to Cortana‘s intelligence/usefulness.

As far as the tablet mode functionality, there are several settings to tweak in that regard. My preference would be for it stay in desktop mode as long as I have the keyboard cover attached, and then to automatically switch into tablet mode when it’s removed. No matter how I tweaked the settings, it didn’t seem to be an option, but I suspect that too will change. In any case, I primarily use the Kindle app in tablet mode and it’s easy enough to tap the “tablet mode” icon in the upper right of the app to make it full screen like it used to be on Windows 8.1. For now, that’s workable. Like the Kindle app, all other Modern Interface apps run like Desktop apps now, so there’s no jarring screen mode switching (unless you specifically want it, like in my Kindle example) and, as a result, it’s a much more seamless experience.

The quick access Action Center, which pulls in from the right.

Since I’m already an owner of the original Windows version of Minecraft, I went through the process of getting the Windows 10 beta version of the game since it’s free for previous owners. After a few failed downloads on the store (again, it’s getting hammered), it installed and I was running it without issue. I’m not much of a Minecraft fan, so I hope I can get it running and similarly activated on my daughters’ computers once I get them upgraded. My wife, who also has a Surface Pro 3, and my two oldest daughters, one who has a Surface Pro 2 and the other who has an Asus touchscreen ultrabook, will likely get upgraded over the weekend as time permits. Considering the various settings that need to be tweaked and the minor change in usability, it’s best for me to be the one who kicks the tires for a few days before bringing them into the fold. I think my Windows 7 desktop will stay with Windows 7 for now, although I reserve the right to change my mind at any time.

So far, I’m fairly satisfied with Windows 10, although it will take some time to get used to the changes and for me to be 100% sure I have it configured exactly how I want. I also suspect some of the failed settings and other minor feature issues will sort themselves out once server traffic returns to normal, or barring that, be addressed in short order in future updates. Right now, it’s at least as stable as the already incredibly stable Windows 7, 8, and 8.1, which is crucial, and the upgrade process itself was fairly painless. I also had no issue running various apps for testing purposes, including some old Steam games, so compatibility appears to be just about perfect, i.e., if it worked in Windows 8.1, there’s no reason for it not to work in Windows 10 (outside of obvious examples with ultra-specific OS functionality, like the aforementioned Start8).

On a final note, I appreciated that the new Edge browser allowed me to import my Favorites from Chrome, which is my primary browser. Although I’ll continue to primarily use Chrome, like Internet Explorer before it, I suspect Edge will be kinder to battery life and will be put to good use when I want to maximize said battery life. 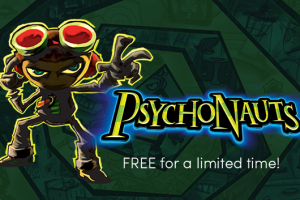 For a limited time, get your free copy of Psychonauts!

For a limited time, get your free copy of Psychonauts!

Available as DRM-free and Steam versions for Macintosh, Windows, and[...] 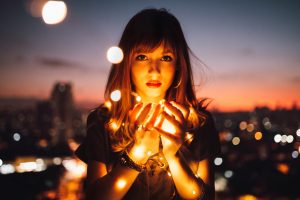 Tons of pay what you want and mega sales on Steam games, books, utility software, and more at the Humble Store!

Tons of pay what you want and mega sales on Steam games, books, utility software, and more at the Humble Store!

The Idea Factory Sale just launched in the Humble Store on Monday,[...]