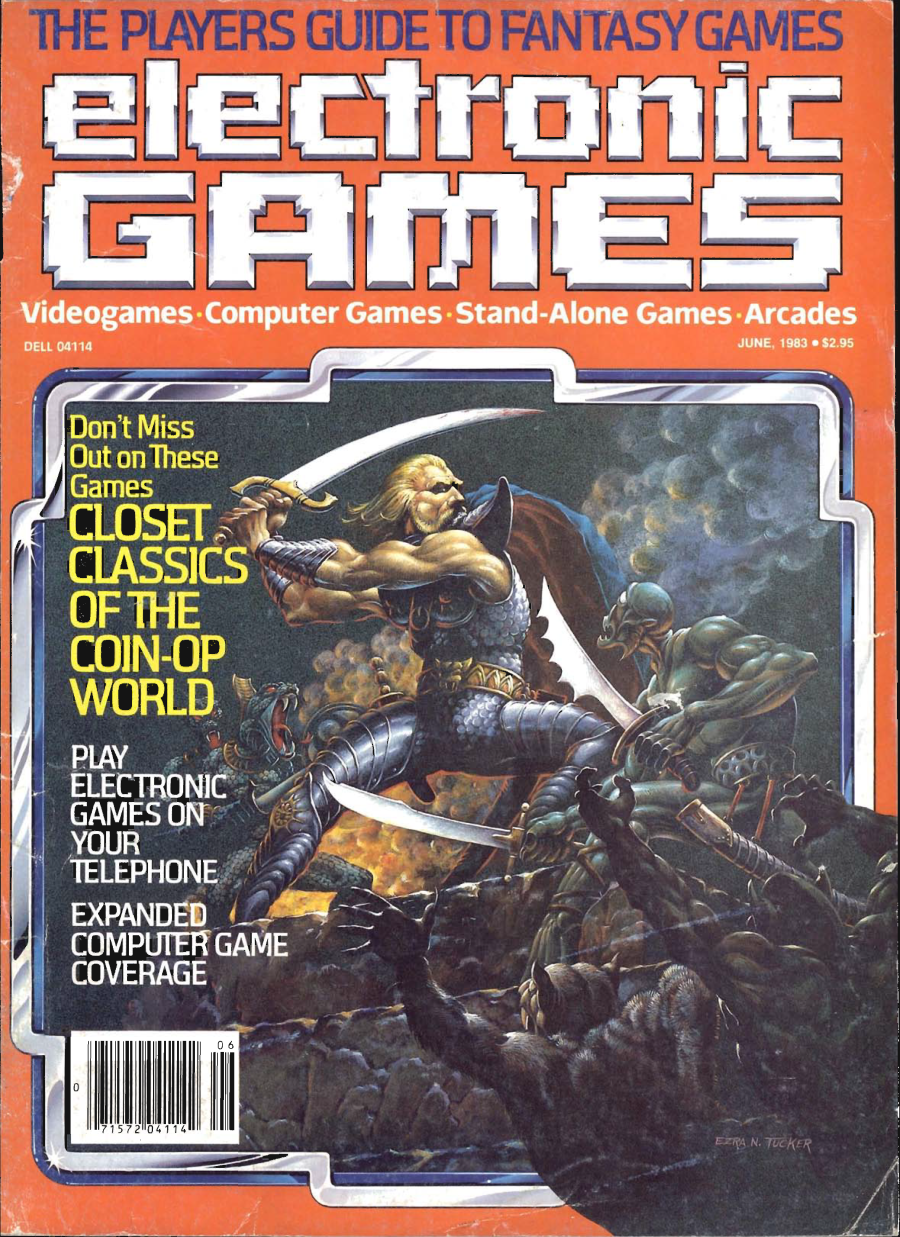 In this ongoing Armchair Arcade series, I take a look at random videogame- and computer-centric magazines from years past. I’ll point out particularly interesting content within each magazine and provide commentary from the perspective of what we know now. Whenever possible, I’ll provide direct links to PDF scans of the material so you can follow along.

This is actually the very first videogame magazine I ever bought and a title that helped set me on the path that I continue on today. To say it was influential in my life would be an understatement. I still have a distinct memory of buying this very issue in the Foodtown supermarket near my childhood home. I flat-out devoured and memorized this issue, along with all of the others before the Great Videogame Crash claimed yet another victim in mid-1985.

In any case, in looking at the cover, it’s clear what attracted a boy who was into fantasy, among all the other geeky checkboxes this ticked off. Interestingly, I never did note the artist’s name, which is Ezra N. Tucker. He has a crappy Website today, but if you are able to click through it enough, you can see his artistic chops are as great as ever.

Also notable on the cover is the “closet classics” thing, a term I would come to use for quite a while, but would eventually abandon. It’s actually a great way to refer to what we refer to today as “cult classics.”

Pages two and three have a M*A*S*H videogame ad. What’s interesting is that one of the second prizes is a TI-99/4a computer. Because it made use of the speech synthesizer, that computer probably had the best version of the M*A*S*H videogame. As we know, M*A*S*H II was never made, so who knows what became of the contest entries or the contest itself.

Page six has an Arnie Katz editorial that calls for game designer’s names to be prominently featured on the cartridges they design. As we’d see in the years that followed, that would happen in select cases, but never really became commonplace. There are only a select few designer’s whose names help to sell games, and that’s what obviously is the primary driver in letting the names share space with the Publisher/Development Company name.

Page seven has a Spectravideo SV-318 ad. It was one of the many budget computers to flood the market and then become absolutely irrelevant in the wake of Commodore’s dramatic C-64 price drops.

Page 10 shows a prototype of the ColecoVision’s Trackball controller (repeated on page 28; page 45 has a Coleco ad with yet another prototype variation). The four orange buttons were moved to a more logical location on the center console. Side note, Slither was an awesome pack-in.

Page 12 makes mention of Imagic supporting Intellivision. They’d go on to be one of the platform’s great third parties. Although flawed, the pictured Swords and Serpents was an innovative, simultaneous two player action dungeon crawl.

Page 14 makes mention of the Intellivision II and its accessories, as well as the Aquarius, which were all released. What was also mentioned, but sadly never released, was the Intellivision III (not to be confused with the INTV III). Both that and the Intellivision IV were casualties of Mattel getting out of the business. It’s a pity, because the planned hardware would have been incredible if they were able to pull it off.

Page 32 has an interesting feature about playing videogames over the telephone. That and other innovative ways of getting videogames, like over cable systems, did all see limited release over the years, but never became mainstream until the modern era.

Pages 56 and 57 show “screenshots” of two ColecoVision games, Sword and the Sorcerer, and Tunnels & Trolls, that never had much work done on them (much to my and many others’ dismay–I mean, they still look appealing today!), and obviously never got anywhere near release. Naturally, the screenshots, like many from back in the day were artist impressions of what the final product should look like. The Intellivision mockup for Advanced Dungeons & Dragons on page 56 also looked nothing like the finished product, although that was of course already released by this time.

Page 60 starts a review of the Intellivision version of Imagic’s classic Microsurgeon. What I find fascinating is that the mock-up screenshot on page 62 shows a textual vitals display instead of the impressive cross-body section. Side note, the TI-99/4a and IBM PCjr version of Microsurgeon are also well worth checking out, with the former featuring speech and the latter featuring even better visuals.

Page 76 starts a lengthy three page review for SSI’s hardcore war simulation, Germany 1985. Although rare, when Electronic Games deep dived on a game like this, I really ate it up.

Page 82 starts the Closet Classics feature. It’s interesting to note some of the lesser known (at the time) games mentioned have endured today with enthusiasts.

Page 85 has an uninspired ad for Syncro Inc.’s games. I have to admit I have little, if any, familiarity with these titles or the company itself, which I suppose is not that surprising considering how vague the ad is (noting that only Kamikaze Saucers mentions what platform it’s actually for).

The HES ad on page 87 for Gridrunner misspells the legendary Jeff Minter’s name as “Mintor.”

Page 92 has an arcade game review for Nintendo’s Popeye. It really was (and still is) a beautiful game.

Page 94 has a review for the Atari arcade release of Pole Position. It’s funny not to think of Pole Position as kind of always being around, so it’s nice to see this contemporary review.

Page 96 has a small ad for a video rental store. That was likely a good investment (approximately $82,500 in today’s dollars) for at least a few years before the big chains took over everything, and then they themselves were put out of business by video steaming.

Pages 98 – 101 are a review of the Votrax Type ‘N Talk. Notable is the Zenith Z-100 low profile computer on page 99, which was partially PC compatible, but also ran a version of CP/M. I have the model with the built-in monitor in my collection. I also have a Type ‘N Talk in my collection, although I’ve never been successful sending commands to it due to cable issues (I think I’m getting close, though).

Page 106 shows Mattel’s excellent Dungeons & Dragons LCD game. I had that as a kid, although I’m sad to say it’s no longer in my possession.

Page 114 makes mention of the infamous Ultravision company in a reader Q&A. It was a promised super system compatible, at minimum, with Atari 2600 and ColecoVision games, that never came to be.

Page 188 makes mention of the potential release of an Atari 2600 adapter for the Atari 5200. That was a genuine desire at the time, particularly since Coleco and Mattel offered their own solutions for doing that very same thing on their respective consoles.

Inside Back Cover – Electronic Games, June 1983

The inside back cover has an ad for the Magnavox Odyssey2 port of the little-known arcade game, Turtles. That was notable because most of the Odyssey2’s titles were original creations. The port makes clever use of The Voice add-on, and is actually a pretty good game overall. 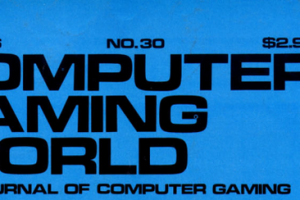 In this ongoing Armchair Arcade series, I take a look[...]