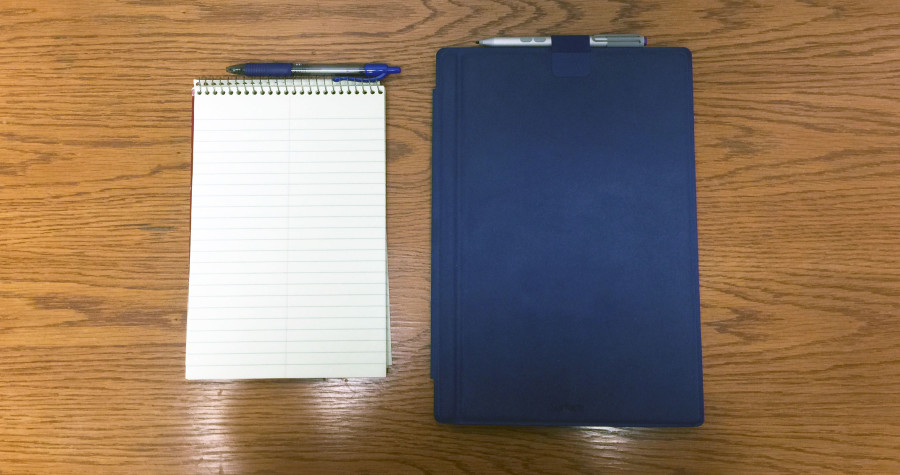 There was a thread on a forum I frequent (not referenced to protect both the innocent and guilty) with a topic of being a technological dinosaur. Basically it was individuals stating how they proudly eschew things like smartphones, digital music, digital cameras, Facebook, texting, etc., in favor of things like phones that only make calls, cassettes, LPs, film cameras, face-to-face interaction, etc.

Some said they did it for “nostalgia,” some that it was more “fun,” some that it was a case of “they don’t make it like they used to,” some that “life is too busy to mess around with new technology” (versus stuff they’re already comfortable with), etc. Many lamented modern technology as “dumbed down” or weren’t comfortable with the idea of data being in the cloud. The reasoning continued along those lines. Of course, several individuals also blamed things like texting for the dumbing down of society because of the heavy use of abbreviations and emoticons. I’ll address that one head-on a bit later.

While I’ve written a bit about this before (here, for example), it’s still funny to me how some who are into some form of technology either never had or lost a love of new technology. I’m the opposite of a lot of the guys in that particular thread in that I’ve always been (and presumably always will be) a voracious technology consumer and try to own and use as much of the past and present technology as possible. I’d hate to not be experiencing all of the new stuff, even though the old stuff is still tons of fun and interesting in its own right.

As it Relates to Videogames

Another classic example, this time relating to videogames and conveniently brought up in that same thread, is the stereotypical/meme-like/overused notion that today’s controllers have too many buttons, making today’s games too difficult to play. While I agree there are a not insignificant portion of games out there that use every button on a modern controllers, in actuality, there are plenty of games that do a good job of limiting their controls to just the essentials.

I also agree that for games that make use of every controller button, unless you’re deeply committed to that one game for a while, it can be extremely difficult to remember everything when you go back to it. When I play games like that, I much prefer when they put context-sensitive prompts on the screen that pretty much tell you at all times what each button does (Diablo III on consoles is a good example of this). That’s a huge help.

The Xbox One Elite Controller

I wouldn’t want to go back to one, two, three, or four button controllers because it’s better to have options than not to (again, no one said every button needs to be used), but at the same time some designers/developers need to work on their interface design to make working with complex command setups easier. In short, it’s a software issue, not a hardware one. [Side note: I’m happy that the Xbox One will (soon) finally introduce universally mappable controls to consoles. That’s a long overdue step in the right direction that should further help the software guys bridge that gap.]

While I realize that thread was meant as a sounding board for Luddites, I freely admit that from my perspective some of them sound like the people who lamented automation, horseless carriages, a TV in every home, etc. I think it may have been better in “their day” because that’s the time they last embraced what was new and exciting. Now, it sounds like they’re either unwilling or unable to embrace what’s new and exciting the same way they did in the past, so they steadfastly refuse to move on, or at least acknowledge some of the positives of the newest technology.

What I think of when some people lament today’s technology. Source: https://upload.wikimedia.org/wikipedia/commons/6/6e/FrameBreaking-1812.jpg

I love vintage computers and consoles to an insane degree, but there are very few ways that I’d say they’re better than what we have now. Sure, some nice things were lost along the way in the name of progress, but much more has been gained that we frankly would have killed for back in the day.

Understanding Both Sides and a Bit about Texting

I think it’s OK to not like whatever tech or tech-related thing that’s out there, but at the same time I think it’s important for all of us to always make an effort to understand why others may like it in a non-denigrating manner (e.g., “they’re just stupid”). As much as some may dislike Facebook, it has a lot of positives. Just because something is radically different from what we’re used to shouldn’t cause some us to automatically recoil from it.

As for texting and how it’s making us more anti-social through, for one, less eye contact in the presence of others, I think that’s just society trying to get a grip on yet another (relatively) new form of communication. I suspect over time more social courtesies will develop around usage. As one example, I think wearables like the Apple or Android watches are one small step in getting us to stop looking at our phones so much and change the habit to more of a glance to see if something is really important. It’s certainly a known issue, and as with lots of other “manners” we take for granted, I’m sure more people over time will make efforts to do such things in a more socially responsible way.

As for what we did before we had smartphones, again, being more connected than ever is something we just need to integrate better into our lives. There’s no reason to go backwards. Certainly in many ways it can easily be argued we’re more social than ever before (and anecdotally, that’s 100% true for me; I interact with far more people in more profound ways both personally and professionally than I ever would have before we had all this technology). Again, just because it’s a different form of communication than some of the more traditional methods, doesn’t make it bad. Far from it.

One reason texting is the way that it is – abbreviation and emoticon heavy – is that it’s not terribly efficient, even with swipe keyboards, to enter text on most mobile devices. That to me is merely an interface issue and one that I believe will be solved over time.

As for its effects on the dumbing down of writing, I’ve followed a simple philosophy for most of my life, i.e., I always try to write readable and properly punctuated sentences no matter the situation. I also instill that in my own daughters, as does my wife, who’s also a writer. They’re still young, so it doesn’t always sink in, but the point is we value that. I’m not sure society in general values that (and, despite our own personal causes, it’s ultimately up to society to determine what it does and does not value), which is why there’s such poor writing in general. As such, I don’t think texting is the cause of anything, just more of a systemic problem complicated to a degree by the awkwardness of our present texting interfaces.

Sure, if such a thing were possible, Shakespeare would be rolling over in his grave about our society’s poor writing skills, but the fact of the matter is the English he used is badly outdated and will continue to become increasingly difficult to get through as more generations come and go. Source: http://a3.files.biography.com/image/upload/c_fit,cs_srgb,dpr_1.0,h_1200,q_80,w_1200/MTE1ODA0OTcxNzgzMzkwNzMz.jpg

Let’s face it, language evolves, writing evolves. They’re going to continue to evolve. Technology is one facet of that evolution. I can tell you that I do 99% of my writing with a keyboard, which has caused my handwriting – which was never good in the first place – to further degenerate into a Doctor-like scrawl, except without the perk of a backing PhD. It’s literally painful for me to write more than a few sentences. Some would consider that a sad state of affairs, but instead I consider it adapting to the times and making efficient use of the tools available to me. Writing with a pen may as well be chiseling words into a stone tablet at this point to me. 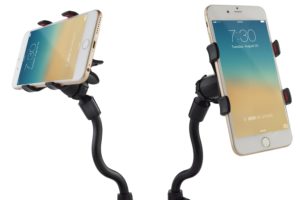 The problem with a lot of the car mounts on[...] 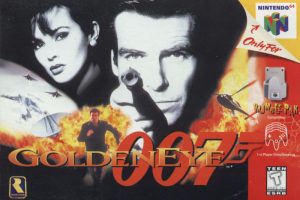 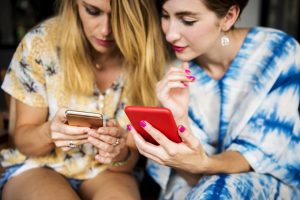