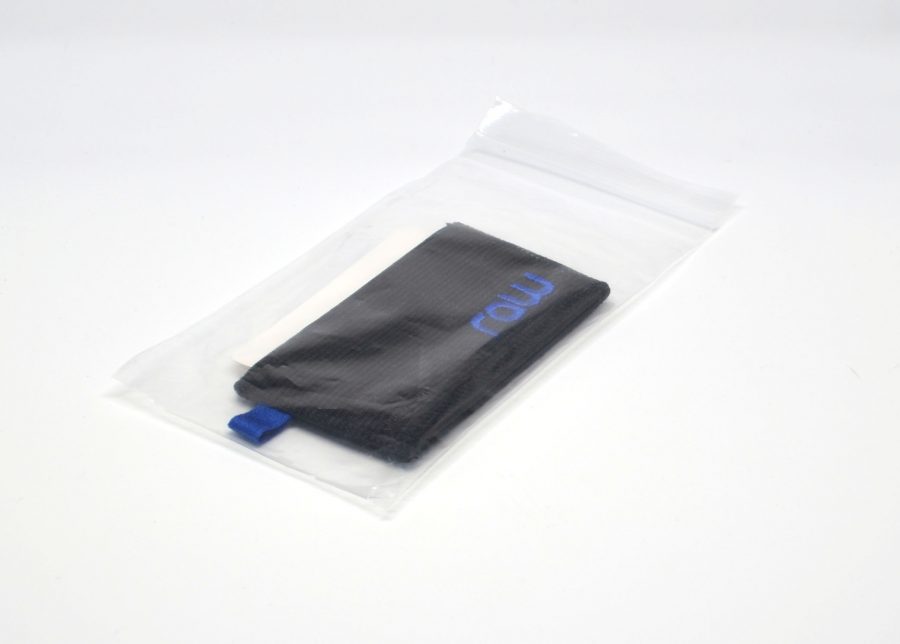 While it may be hard to think of wallets as featuring a new type of technology, the truth is, minimalist wallets are a thing now. For someone like me who doesn’t like bulk in their pockets, that’s a good thing. Of course, if size is no object, traditional leather and other padded wallets get the job done. Unfortunately, size often is an object and the added material in traditional wallets introduces superfluous bulk.

How the Raw Wallet arrives.

The back of the package.

There are actually two major types of minimalist wallet, both of which are made of similar stretchable, flexible material. One is the type that tries to hold nearly as much as a traditional wallet. The other type is like the Raw Wallet I’m reviewing here, where the product itself is not only minimalist, but also what it can hold. You’re limited to approximately 3 – 6 credit card-sized cards, and some cash money. That’s about it.

It has two interior dividers, which help with organization, and no bottom. While I personally prefer minimalist wallets with bottoms, which to me provide an extra layer of security from something falling out, the fact that the Raw Wallet is meant to hold so few cards means it shouldn’t present much of an issue. The flexible material it’s constructed from does its job well to hold everything in place.

If you’re looking for this specific type of minimalist wallet, then it’s hard to go wrong with the Raw Wallet.

Thanks to Residual Products for the review unit.