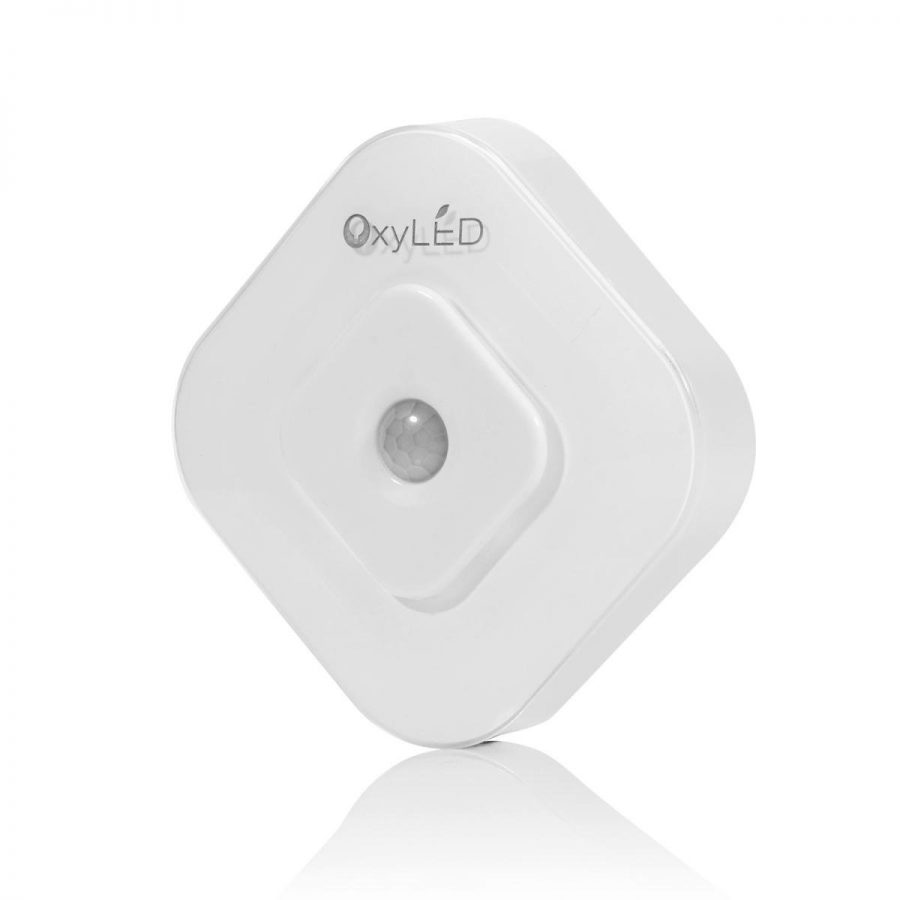 By taking the place of traditional incandescent bulbs that consume surprising amounts of energy, generate heat, and are prone to quick failure (the tell-tale pop of an incandescent bulb is an iconic sound for a reason), LEDs are helping to usher in a more environmentally friendly (about 3,000 percent longer life), cool, and efficient (far lower power consumption with greater brightness) era of lighting. Hopefully you’ve already started replacing, or already replaced, all of your incandescent bulbs, but one light source that you might have overlooked is the night light. If you still have night lights with incandescent bulbs, it’s time to replace those dinosaurs as well with something like the OxyLED N08 Motion-sensing Night Light.

The packaging for the OxyLED N08 Motion-sensing Night Light.

Available in a single pack ($10.99), reviewed here, or in a more cost effective three pack ($19.99), the night light lights up when you’re within about 10 feet (3 meters) of its sensor. Powered by three AAA batteries (not included), the night light can be attached to one of two mounting plates, one either magnetically (e.g., on a refrigerator) or via a recessed hook for hanging on a nail or screw, or the other with 3M adhesive.

The contents of the package.

The OxyLED N08 Motion-sensing Night Light has a switch with three modes of operation: ON, AUTO, and OFF. As you would expect, AUTO makes use of the sensor, while the other two modes either leave the light on or off, respectively, all of the time. While the switch is only accessible with the light removed from its mounting plate, since you’ll almost certainly have it permanently set to AUTO, this shouldn’t be a major deal.

The night light in action on our refrigerator.

At 55 lumens, which is about 1/8th the brightness of a traditional 40 watt incandescent bulb, this night light certainly won’t illuminate a large area, but then again it’s not meant to. This does the job it’s intended to, and that’s to light up areas like portion of a hallway or the interior of a cabinet. On AUTO, it lights up right when you need it and goes off after about 15 seconds, making for an ideal night light.

Another angle of the nice white light it produces.

Thanks to Hisgadget for the review unit. 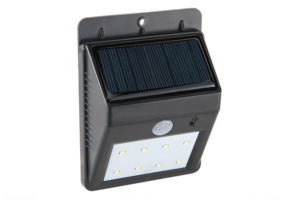 The Syhonic 8 LED Solar Powered Garden Light is a[...] 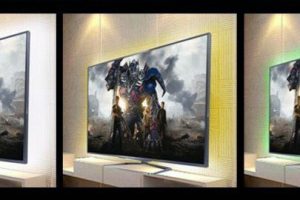 LED light strips have tons of uses. Besides providing a[...] 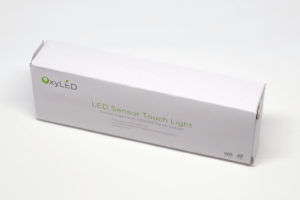 The old style of tap lights really weren’t that great.[...]