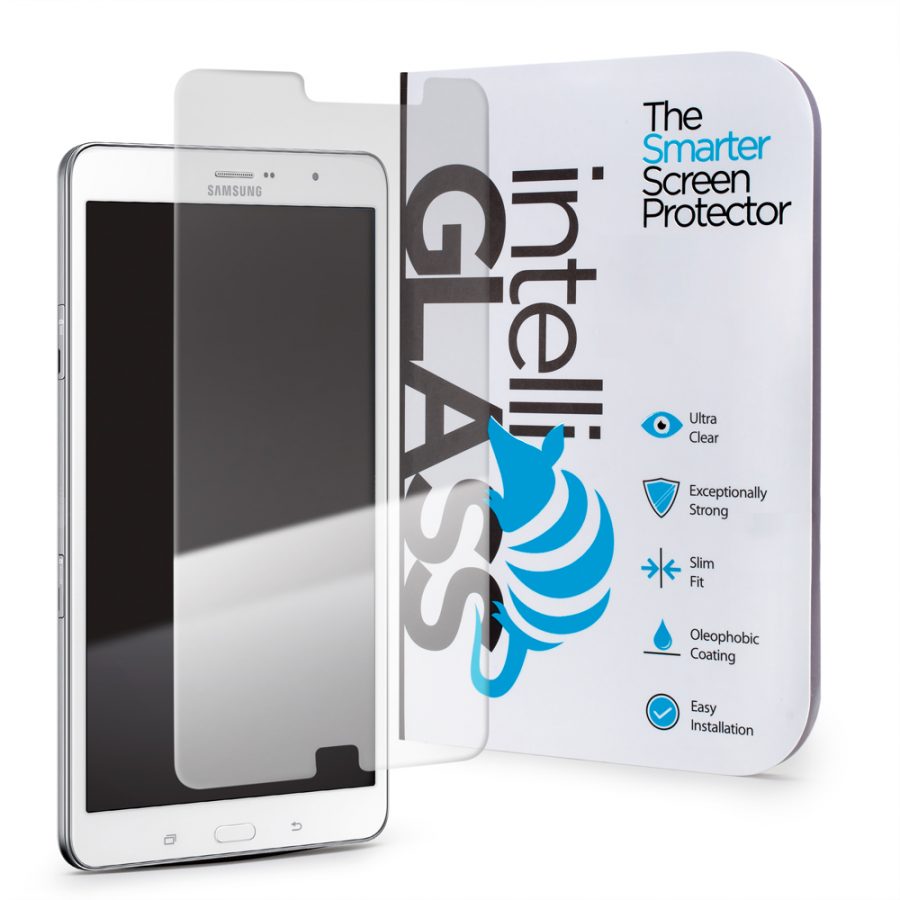 With our youngest daughter now at 14 months old and counting, she’s long since been into all of our electronics, particularly the touchscreen ones. Right now, her primary device is a hand-me-down Apple iPad 2, which has a Fintie iPad bumper case, something we had previously gotten for our middle daughter back in 2013 (she’s now nine and only slightly less destructive). The Fintie has done it’s job well, but there’s one area that’s not protected with such a case, and that’s the screen. That’s where the intelliGLASS Hardened Glass Screen Protector comes in.

The packaging for the intelliGLASS Hardened Glass Screen Protector.

A variety of intelliGLASS Hardened Glass Screen Protectors are available for iPad, iPhone, Nexus, iPod, Galaxy Note, LG, Moto G, and other, similar devices. You can order direct from the company’s Website or via Amazon. As a special offer for Armchair Arcade readers, if you use the intelli20 coupon code, you’ll get 20% off the already discounted price.

The inside of the package.

With that out of the way, I was obviously interested in the one for the iPad 2, which also works on the iPad 3 and 4 due to their similar exteriors. The basic premise behind such a protector is that it provides a clear, scratch and fingerprint resistant barrier between itself and your device’s expensive screen. Because it uses real glass, there’s no noticeable difference in screen clarity or touch responsiveness.

How it looks with the screen protector on.

I have to admit I was a bit skeptical about this product, having tried to use cheap plastic protectors in the past. No matter what I did, I could never get the bubbles out and ended up removing and disposing of them (I’m not the best at delicate procedures like that). Not so with the intelliGLASS Hardened Glass Screen Protector. After I removed the Fintie case and then thoroughly cleaned the screen with the included alcohol prep pad, microfiber cloth, and dust removal film, I removed the protective coating on the intelliGLASS. I then stuck it on with no issue and no noticeable bubbles on the screen, as you can see in the photos. As stated earlier, both screen clarity and touch responsiveness didn’t seem affected, with the only difference now being the screen should be able to absorb drops and hits far better than before. Our youngest daughter didn’t skip a beat with it on either. If you’re in the market for a screen protector like this, this is definitely a quality choice.

Even with the screen protector, it still fit the case just fine.

Thanks to IntelliArmor for the review unit.