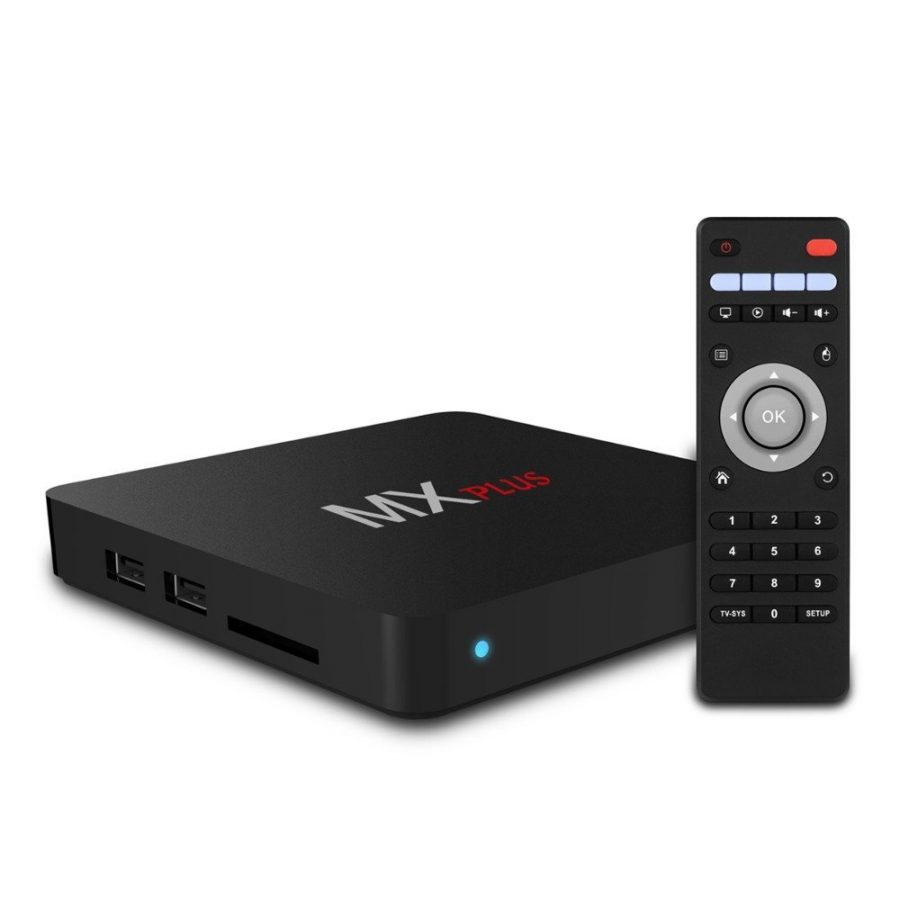 The MX Plus Android TV Box is one of a new breed of low cost, Android-based media boxes. While there’s obviously no touchscreen, most of Android’s other features are fully supported, including Web browsing, gaming, video chat, and productivity applications.

At the heart of the MX Plus Android TV Box is Android 5.1 Lollipop running Kodi (formerly XBMC), a powerful free and open-source media player software application developed by the XBMC Foundation, a non-profit technology consortium. That translates to support for a wide range of audio and video file formats and a great way to play it all back. Media files can be accessed from local storage, SD card, a device on one of the USB ports, or from a location on your network.

One angle of the console.

Another angle of the console.

In the package is the sleek and tiny MX Plus console, remote control (the two required AAA batteries are not included), a three foot long HDMI cable, AC adapter, and a small user manual. The console itself features two standard USB ports, an HDMI port with support for 4K resolutions, an optical audio/SPDIF port that supports up to 5.1 channel audio, one RJ45 jack if you want to use a hardwired network connection up to 1000 Mbps instead of the built-in 802.11 b/g/n wi-fi, and an SD card slot. Bluetooth 4.0 is also built-in.

Setup is simple. Plug everything in and after a short boot-up sequence, the user interface appears on your TV. You see the usual Android menu interface at the bottom of the screen, some quick access buttons, and then some large tiles for Online Video, Recommend (sic), Music, My Apps, Local, and Settings. If the MX Plus Android TV Box is not connected through a hardwired network connection, the first thing you’ll want to do is get it on your wi-fi network, which is naturally done from Settings. Of note is that my router has both 2.4GHz and 5GHz networks, but the MX Plus Android TV Box was only able to see my 2.4GHz network (a common issue with many devices like this, especially on Android).

Once connected, I went to the Media Center app under Recommend. It had no trouble seeing my networked media servers and other devices (DLNA_DMP, DLNA_DMR, and AirPlayer (iOS network display) are all supported). In this same Recommend area is a Miracast app, which of course allows you to use the MX Plus Android TV Box to mirror the display of a compatible device.

The My Apps menu.

Under My Apps, a bunch of software is pre-installed, including, but not limited to, Chrome, Facebook, Google+, Hulu Plus, Netflix, Play Store, Plex, Skype, and Twitter. Start-up is quick, as is performance across the board; it’s running an Amlogic S905 Quad-core 64-bit ARM Cortex-A53 up to 2GHz and has 1GB of DDR3 RAM, along with 8GB of onboard eMMC flash storage.

The DLNA and AirPlayer options.

Ultimately, this is an inexpensive, powerful device, but it’s definitely not for the casual consumer. If you know Android well or like to tinker, this is a fun, versatile option. For everyone else, they’re probably better off with one of the more expensive, less configurable, but easier to work with options that are available.

Thanks to Mifanstech for the review unit.

Tags: androidandroid tvmifanstechmx plus
No Comments
2 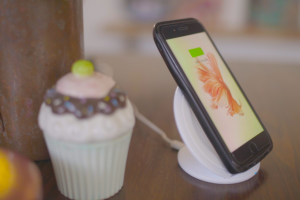 In what can perhaps best be described as “unusual,” Tel[...] 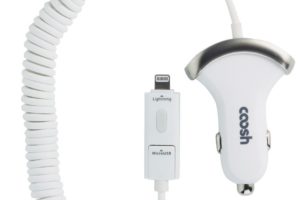 Coosh’s 2-in-1 Lightning Cable and micro-USB Car Charger is a car[...] 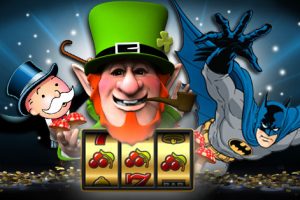 Quick Takes: Mobile applications that help you to play slots

Given the high prevalence of mobile devices, it is not[...]