Atari is back at it again with another value-packed collection of Atari 2600 VCS and arcade games, which is now available on Steam. Of the 100 games, which I listed yesterday, 18 are arcade games, of which the majority are vector-based. That leaves 82 Atari 2600 games that span the launch titles from 1977 to the final released (and unreleased) titles into the early 1990s.

The menu system is particularly well thought out and intuitive to navigate. Not only is there a visual view with spinning arcade cabinets and Atari 2600 game boxes, but also various text-based game lists that you can browse and sort in various ways.

Selecting a particular title gives you access to a variety of options. There’s a gallery for arcade games, which contains various scans of related material like marquees and sales flyers, and scanned manuals for all of the Atari 2600 games (both the gallery and manuals have much-needed zoom options). There are also Leaderboards for the arcade games, but not the Atari 2600 games, and multiplayer options for both, including online play. Since this was just released, I have yet to test out these online multiplayer features.

The background music at the menu is non-descript, but not unpleasant. Overall sound in the games seemed to be adequately emulated, although a few games, like the notoriously difficult to emulate Atari 2600 unreleased prototype of the otherwise excellent Save Mary, sounded off-key.

I have an ultra-widescreen monitor, so my resolution is a somewhat unusual 2560 x 1080. In fullscreen mode at that resolution, it displays correctly with black borders on the right and left for pillarboxing, but there is some bleed-through of the background in these areas, although probably not to the point of distraction.

The vector arcade games, like Asteroids and Black Widow as two examples, have an odd filter applied. Instead of the vector lines being sharp, they have a softened, halo-like effect, which I assume is meant to simulate the glow of real vector graphics. Unfortunately, it really detracts from how it’s supposed to look and is a curious design decision. At the very least I’d like to see a Graphics option to have this particular filter turned off and the lines displayed unfiltered.

A screen capture from Major Havoc. As you can see, there’s heavy filtering of the vector lines.

Non-vector games on the other hand look unfiltered, with excellent display qualities.

REVIEW UPDATE: There are now various vector display options enabled in the options, so the vector games can be displayed any way you’d like!

I tested every title, and, in general, had no issues. Just about everything is emulated well and functions as expected. However, there is one exception, and that’s Secret Quest for the Atari 2600. Since there’s no TV TYPE switch option like there is on the original console, the in-game Status screen is not accessible. Hopefully this can be patched at some point to make that particular game fully playable.

Atari Vault supports Xbox 360/Xbox One-style controllers, keyboard controls, and, in spinner and trackball games, a mouse. There’s also support for the Steam Controller, which can emulate both the Xbox-style controls and mouse controls, but since I don’t have one, I can’t test that particular functionality. For reference purposes, on my Windows 10 desktop PC, I used an Xbox One Elite controller, which mapped to exactly what was shown on the screen for each game.

A mouse, while not perfect, proves a suitable substitute for a spinner (arcade) or paddles (Atari 2600). The analog stick is not as precise, but I do like the fact that you can adjust the sensitivity of both that and the mouse per game, and per player. Keep in mind, however, that your desktop mouse driver and its settings can affect how well it works with this particular collection, so you may need to make some adjustments on that end as well.

Interestingly, Atari 2600 games only work with the d-pad on the Xbox controller, but not the left analog stick. I would hope both would be active and I think most gamers would expect that as well. Hopefully that’s something else that can be patched in at some point.

This is a really great package with a lot of gamer friendly features. While there are some minor nice-to-haves that I pointed out above, the only major flaw (outside of a partially functional Secret Quest) is the filtering applied to all of the vector-based arcade games. As stated earlier, there really should be an option to adjust this filtering or to turn it off entirely. Real vector games are meant to be razor sharp with at best a mild glow. Regardless, as it stands, and particularly for the price this is on offer for, it’s an excellent value proposition for fans of classic gaming.

REVIEW UPDATE: There are now various vector display options enabled in the options, so the vector games can be displayed any way you’d like! 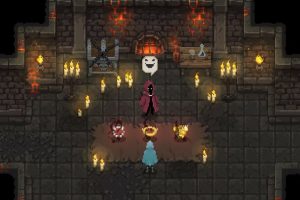 Fast-paced dungeon crawler Wizard of Legend is now out!

Fast-paced dungeon crawler Wizard of Legend is now out!

Here’s the link! Wizard of Legend is a fast-paced dungeon[...] 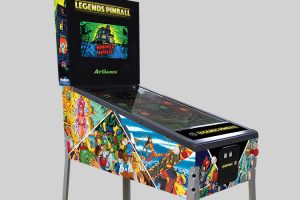 PR: AtGames® Announces Partnership with Just For Games for Premier Launch of Legends Pinball in France

PR: AtGames® Announces Partnership with Just For Games for Premier Launch of Legends Pinball in France 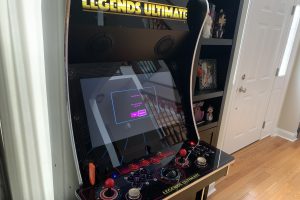 Keeping to their intended goal of regular updates, AtGames has[...]