Despite the somewhat flip name, the Natural Machines Foodini is one of those products that is a potential game changer. For those into technology, it’s clear that there’s been a revolution in the literal making the past several years that has no less potential for changing the world than the start of the personal computing revolution did in the late 1970s. Although inexpensive electronics and 3D printing (primarily in plastics), have been at the heart of this maker revolution, the nice thing is that making can encompass so much more. The Foodini represents one exciting new possibility.

The Foodini in a professional kitchen setting. Although its initial high price will keep it from most home kitchens, that’s clearly an eventual goal.

While there are already 3D printers that have limited capability to extrude chocolate, there have not really been mainstream food printers that can handle more exciting foodstuffs, until now. As the Natural Machines marketing states, “Foodini is the first 3D printer to print all types of real, fresh, nutritious foods, from savory to sweet. It uses fresh, real ingredients, making the Foodini the first 3D food printer kitchen appliance to contribute to a healthy eating lifestyle.”

Reimagined fish and chips. Besides creating intricate designs, the Foodini‘s other features help to streamline some of cooking’s most tedious activities, like forming dough into breadsticks, filling and forming individual ravioli, and more.

“We’re contacting you today to let you know that Foodini is now available and the next manufacturing batch will ship before the end of this year. You can have a Foodini in your hands before the December holidays!

Foodini is already officially in production: we successfully completed and shipped a production run at the same price point we are offering you today. We kept the first production run to a small volume to test the manufacturing lines. We’re very happy with the output and the high quality of Foodini, and we are now moving forward with a larger – yet limited quantity – production run. The initial production run sold out in a short period of time, and due to demand we expect the same thing will happen with this production run… so place your order quickly.

The price for this limited production run is $4,000 (USD) per Foodini. In addition to receiving a Foodini with your order, you will also receive free direct support and guidance directly from the Natural Machines team to create your own prints with your own fresh ingredients – this level of direct support is only available with this production run.

If you are interested in this limited time offer, please do respond to this email and we will provide further details. Once this production run is sold out, the next batch of Foodini 3D food printers will not be available until 2017. Thus, by placing an order now you are guaranteed to be part of an exclusive group of people that will own a Foodini this year (minimum 3 months time between production runs).

We have many social media accounts (listed below) where you can stay current on news at Natural Machines. Our Facebook page has the most details – we invite you to “like” us to stay current on Foodini.

Thank you for your continued support and interest in Natural Machines.“

Although somewhat expensive and clearly going to be in limited supply for quite a while, the Foodini is maker technology worth keeping an eye on. We here at Armchair Arcade certainly will. 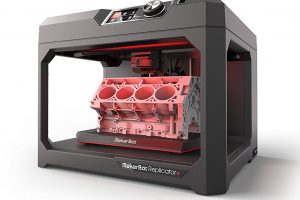 I’ve likened 3D printing and in-home manufacturing in general to[...] 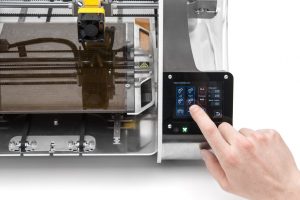 Now that I’ve gotten more into 3D printing and the[...] 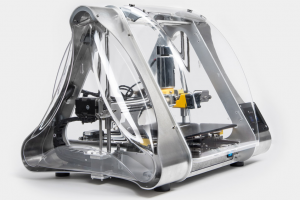 After doing the unboxing (and prior first look), my next[...]