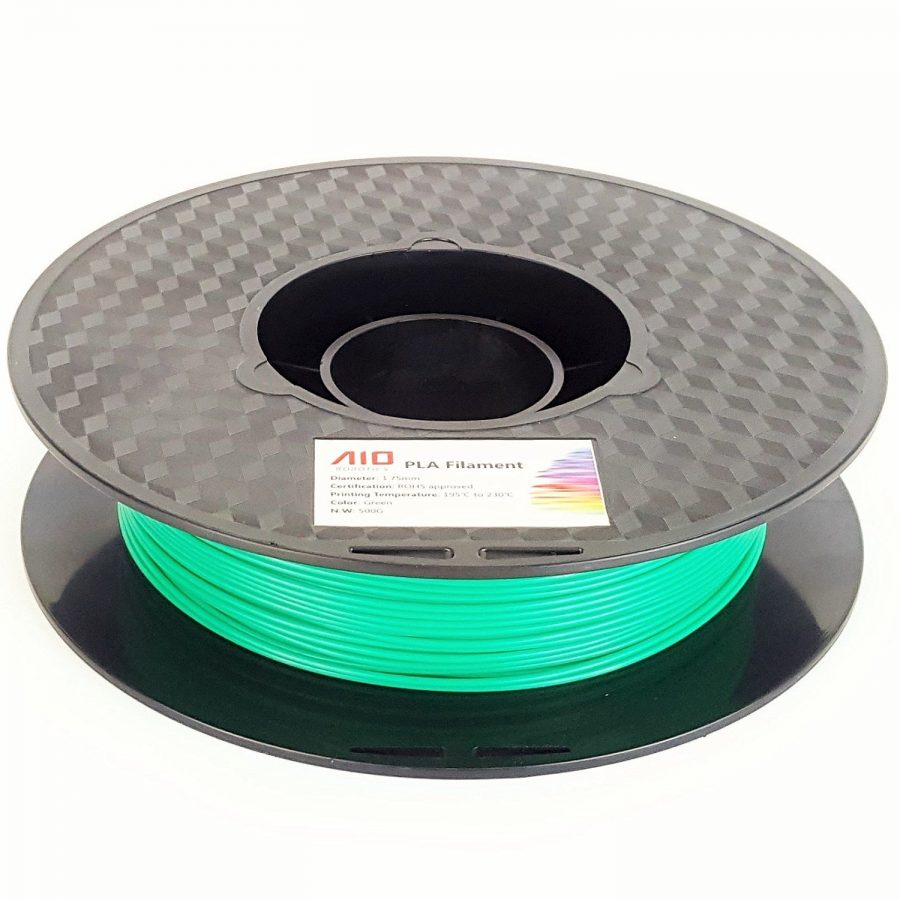 After reviewing the AIO Robotics AIOWHITE PLA 3D Printer Filament, which won an Armchair Arcade Editor’s Choice award, I was anxious to see the end result of the free filament offer that came in that package. Within a few weeks of completing the required steps, the AIOGRAY filament arrived, with the only difference being that instead of arriving surrounded by a custom fit cardboard box, it came sealed in a USPS envelope mailer.

Unfortunately, most likely due to the way it was handled during shipping, the filament spool arrived warped and ultimately proved unusable. Fortunately, even though this was part of a free offer, AIO Robotics was kind enough to send out a replacement spool, this one AIOGREEN, which arrived without incident or damage.

The filament ready to be loaded.

The filament is now loaded. Note that in order to better keep smaller 0.5 kg spools on the New Matter MOD-t in place, I printed and now use the Half Kilo Spool Converter, which is that brown bit on the black spool. You can find it in the New Matter store and it works brilliantly.

Being the geek that I am, I would liken AIOGREEN to a Hulk green, and it may very well inspire me to print a Hulk figure. However, for now, I just ran through a standard battery of print tests (Highest Quality, 210 degrees Celsius) on my New Matter MOD-t 3D printer.

The first was an emoji figure from the New Matter store. I chose the puke emoji because of the extra detail in that figure and how I thought the green color was kind of appropriate. As you can see, it printed wonderfully, with smooth lines and no slips, particularly compared to his friends, which printed a little rougher and had some layer slipping.

The puke emoji with two of his friends. New Matter’s Pearl PLA Arctic Blue filament has great color, and the standard New Matter Pink is also nice, but neither matches the smoothness of AIO Robotics filament.

The other test print was the infamous 3DBenchy, which is used as a torture/quality test of sorts for a 3D printer’s capabilities. I previously had failures with this model, so I thought that this would be a good way to really see what this filament is made of. As you can see, it responded well.

The front of the 3DBenchy. I still have some post print clean-up to do to remove the stringing in the open areas, but overall it came out as a nice, clean print.

The rear of the 3DBenchy. This is a tough model to work with. I had to run it through Sli3r (Cura just spun endlessly trying to process it) to repair all of its issues, then create a clean STL file to load into the MOD-t’s Web interface. To help prevent slipping on my well-used platform, I used classic blue painter’s tape.

The underside of the 3DBenchy.

While I will say the results I’ve gotten with this filament are just as good as with the AIOWHITE, I think it would be redundant to hand out another Editor’s Choice award. It’s certainly worth one, though, and, particularly if you have a MOD-t printer, proves that AIO Robotics should be your PLA filament brand of choice. 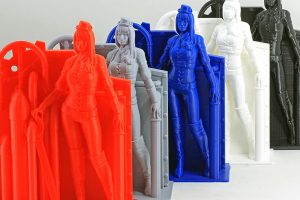 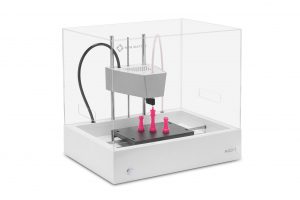