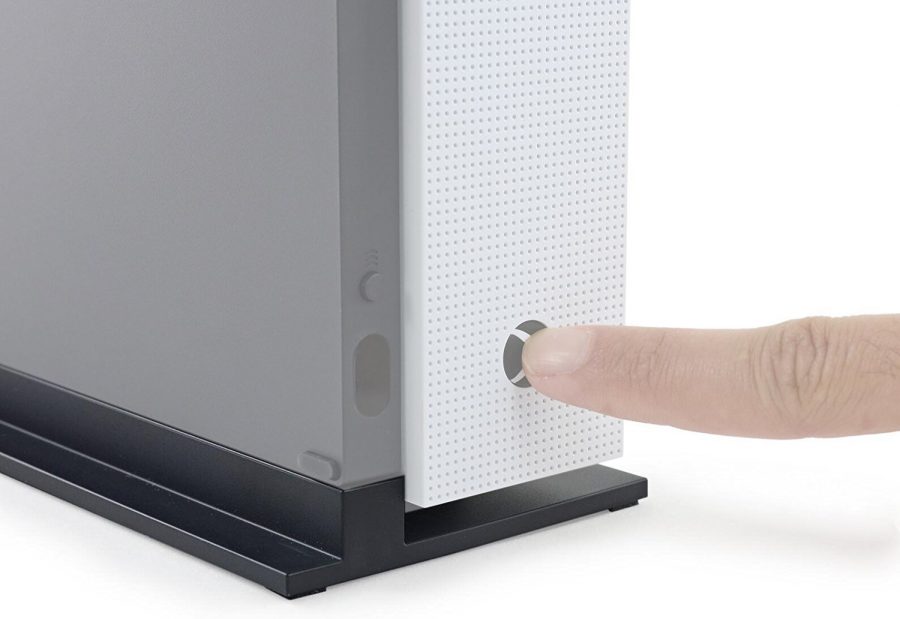 After recently getting a new TV and surround sound system for proper 4K gaming, I ran into a space issue. With an extra long center sound bar and no easy way to wall mount it, I had less space for my consoles.

As of now, on the top of my furniture unit, I have the center sound bar, cable box, Xbox One S, PlayStation 4 Pro (PS4 Pro), and Nintendo Switch. The Switch in its dock fits neatly behind the sound bar, while the oversized cable box sits in its only available orientation, horizontal. That left me to stack my Xbox One S on top of my PS4 Pro.

Unfortunately, doing this type of stacking seemed to cause the PS4 Pro to overheat; the center top of its case appears to be a heat transfer point. With the Xbox One S on top, there was no way for this heat to naturally dissipate and/or stay under control. The solution was to place both of those consoles in a vertical position.

The Xbox One S stand in action.

The DOUBI Vertical Stand for Xbox One S is a simple stand that clicks into place on the bottom of the console. While indeed simple, it’s effective, and it has a reasonable low price to match.

The PS4 Pro stand in action.

The Younik PS4 Pro Vertical Stand is similarly a simple stand that encloses the bottom of its console. It’s a little bigger than its Xbox One S counterpart, but then the PS4 Pro is slightly larger and has an angled shape that requires a different type of accommodation. Regardless, it too is effective with a reasonable low price to match.

It’s hard to muster much enthusiasm for products that are so simple, but it would be disingenuous to ignore the fact that they solve a very real problem without breaking the bank. You can pay a lot more for other vertical stands that are frankly over-engineered. 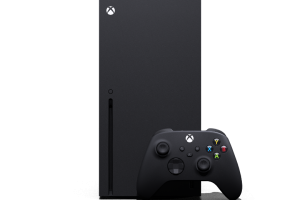 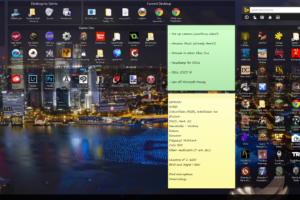 After upgrading to Windows 10 on my Microsoft Surface Pro[...]