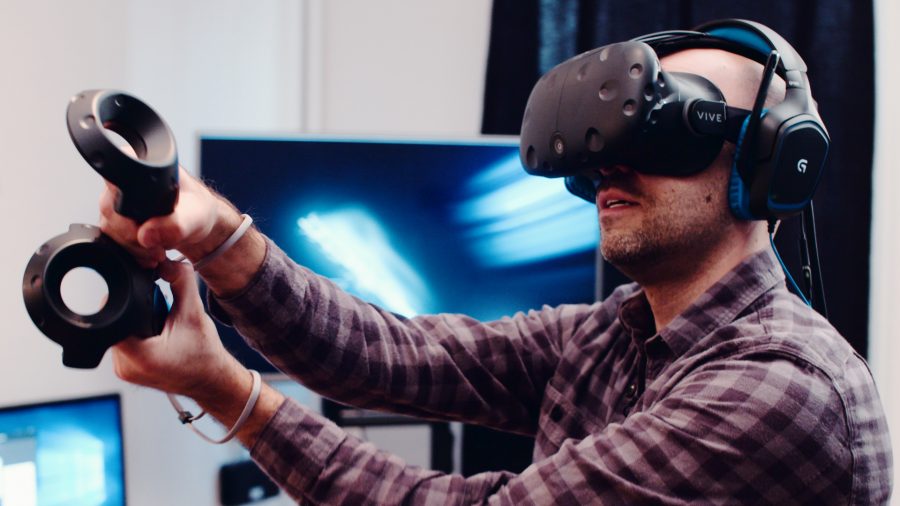 After years of trials and errors, virtual reality (VR) is finally a reality. Top laptop and desktop manufacturers have invested heavily to propel the technology to mainstream success, and today, anyone from heavy gamers to casual thrill-seekers can have a go at the immersive experiences that VR offers.

In addition to capable hardware, the VR ready gaming sector has benefited a great deal from the emergence of developers who are, now more than ever before, learning the ins and outs of virtual reality development. The market is now brimming with great VR games which promise to captivate your gaming spirit regardless of the genre you prefer.

So, are you wondering what title to start with once you get your hands on a headset? Well, here’s a look at five of the most exciting games you can play on a VR-ready laptop or PC.

Since Resident Evil 4, Capcom has been struggling to recapture the magic that once made the survival horror genre synonymous with Resident Evil. That is why, with Biohazard, the company opted to mix things up a bit by moving to first-person gameplay and, for the first time, incorporating full VR support.

Resident Evil 7 unites elements from past acclaimed installments, such as slow pacing, mind-bending puzzles, and desperation for survival, with the breathtaking experience of virtual reality. Running and gunning your way through will not be an option, as you will have to think tactically, surviving the numerous encounters with freaky enemies. Thankfully, there’s only one location to explore throughout the game, so, save for a free-handed helping of jump scares, you’ll mostly be concerned about finishing the exhilarating campaign than pissing your pants.

Biohazard makes a new statement for survival horror games and is well on par with the legendary games in the franchise. While you can play it outside VR on PC, Xbox One, or PS4, the game perfectly embraces virtual reality as a medium to deliver a truly compelling experience.

Dawn Studio is not the first VR game developer to put players in space, but amidst spaceship fighter sims like Elite: Dangerous and stomach-turning adventures like Adrift, Lone Echo is the first title that really gets it right.

Taking full advantage of the Oculus Rift Touch controllers, the game lets you make proper use of zero gravity. You can grab onto items, surfaces, and structures around you, and push/pull them to launch yourself off in the desired location. It’s a sense of gravitational freedom that makes you feel like a real astronaut floating around the International Space Station, despite your feet being firmly on the ground.

In addition to the near-perfect space-VR experience, Lone Echo’s lengthy storyline is packed with attention-grasping and memorable moments, and even though nothing pops out to eat you, it remarkably keeps you on your toes

If you’re a Star Trek fan, your dreams will become a reality when you strap on your VR headset and jump into Bridge Crew. Once you’re hooked in, you’ll take control of one of four players, each with specific roles aboard the Enterprise.

While other VR titles will beam you to distant worlds to tackle monsters and traverse the unfamiliar, Bridge Crew sets you stationary to man the controls and perform missions throughout the cosmos.

Despite the physical restrictions, it’s impossible not to be impressed with Ubisoft’s version of Gene Roddenberry’s sci-fi world. You can choose to play entirely with the AI, but with a full crew of real players, Star Trek: Bridge Crew becomes an epic adventure that ranks easily among the best multiplayer VR games to date.

If you’re a fan of action-adventure role-playing games like Dark Souls and Bloodborne and you’re looking to ease into the VR world, there’s no better option to do so than Chronos. Developed by Gunfire for the Oculus Rift, the game delivers a high-stakes gaming experience that won’t hold back from punishing you with far-flung checkpoints and dungeons that repopulate with baddies when you die. And die you will, over and over again, until the game gets what it wants from you – your best effort.

Chronos VR is stunningly beautiful, and although some rooms in the four worlds won’t be worth your time, you will want to go through as many of them as possible, if only to admire the attention to detail. As a notable digression from most VR titles, Chronos eschews the usual first-person viewpoint in favor of third-person, more common with traditional RPGs. Admittedly, this takes away a bit of the immersion, but it does make up for it by delivering great visuals and directing your attention to the smaller details.

Although it’s not boasting anything particularly unique regarding visual interaction, Chronos is a great purchase for anyone looking to wear their new Oculus Rift headset and dive into a proper AAA VR title.

5. Keep Talking and Nobody Explodes – Multiplatform

Keep Talking and Nobody Explodes

As far as enemy weapons go, bombs are a simple thing to deal with in video games. More often than not, all that there is to do is to hold down a button for a few seconds, after which the threat is disarmed, and you’ve saved the day. Not so with Steel Crate’s Keep Talking and Nobody Explodes, which exempts you from all other action-packed moments and goes straight to sit you down in front of a timer-loaded bomb. The silver lining is that you’ll have a friend with you to read you through what you need to do to defuse it.

Demanding some intensive and tension-filled cooperation, Keep Talking and Nobody Explodes is fun with the right group of people. Despite lacking expansive environments to explore and fierce enemies to slash, the game excels in keeping things exciting and rigorously challenging for both players, all through to the end.

Five suggestions are undoubtedly too few, especially given the generous array of VR games that are currently available. Nevertheless, any gamer that’s interested in virtual reality would love to try the titles above. Some only require a smartphone and an inexpensive headset, while others demand the headset, external controllers, tracking sensors, and a VR-ready ready laptop. But what they all offer is the closest to an out-of-this-world gaming experience you can get right now. 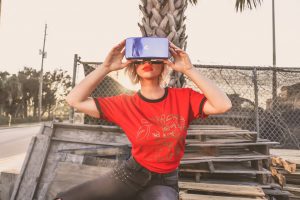 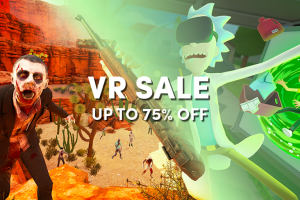 The VR Sale just launched in the Humble Store on Monday, February[...]