AtariAge forum goer, Dutchman2000, who acquired an Atari-related paperwork lot, has shared the text from a fascinating internal memo that describes plans for the company to make use of a version of Coleco’s ColecoVision hardware in their products. While the author of the original memo does not wish for a scan of the document to be made available, Dutchman2000 did receive permission to transcribe the text. Dutchman2000 in turn gave me permission to repost the text of the memo here.

As an historian, I must admit I’ve never come across this particular bit of information. While we know well the history of Atari’s console ambitions, including the actual releases of the Atari 2600, 5200, 7800, XEGS, and Jaguar, and that, for example, Nintendo approached Atari about distributing their Famicom in the US (later known as the Nintendo Entertainment System and initially distributed by Worlds of Wonder), this particular revelation about a potential monster Atari 5200 revision that could have been a contender throughout the 1980s, Crash or no Crash, is pretty mind-blowing. Be sure to get a betfair promo code for the best play online.

Here’s the text of the memo, which also includes some interesting technical analyses unmolested by the needs of marketing:

In terms of my own thoughts on this, I’ve argued that the Atari 5200 had enough horsepower to compete with the ColecoVision as-is, although as a ColecoVision owner back-in-the-day, I will say that Coleco’s console easily had the more exciting software line-up, which was probably the 5200’s biggest issue outside of its controllers. Anyway, the Atari XEGS kind of proved that – at least superficially – the Atari 5200 had the goods to compete into the 1980s. With that said, I really like the COLECOVISION + 5200 idea, particularly with having a frankenstein mode that could in theory run “Super Games,” although I suspect the programming challenges to harness that mode would have been a bit more involved than hinted at. I would have preferred to see that system come out (along with Atari 2600 compatibility) instead of the release of the 7800, although the former likely would have been overpriced for the market versus the latter. Of course, the Great Videogame Crash pretty much put a stop to any plans like that, but it’s yet again another fascinating “what if?” to a growing collection of such things. I for one can’t wait for more amazing discoveries of this nature!

By the way, if you’re interested in a history of the consoles mentioned in this blog post (and more), check out one of my books, Vintage Game Consoles: An Inside Look at Apple, Atari, Commodore, Nintendo, and the Greatest Gaming Platforms of All Time, on Amazon. 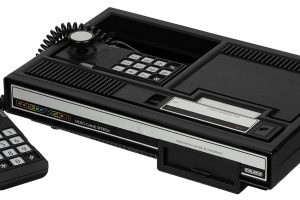 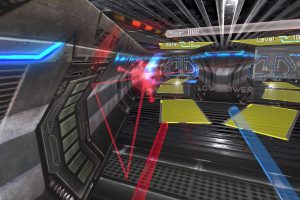 Create, control, and deflect balls of energy to take out your enemies.