Anders Behring Breivik killed 77 victims; most of them were teenagers. This took place at a Norwegian summer camp. Reports indicate that, before he committed the heinous acts, he had been practicing using the violent video games that he interacted with on how to kill. However, it is important to note that most of the children do not start off with the intent of using the violence that they see in the video games in real life.

In a report that was published in the year 2010 by Cheryl, more than 75% of the boys in middle school reported playing video games just for fun. More than 60% of the girls in middle school also agreed with this reasoning. As such, it starts off as playing the games for fun that it brings social interaction online along with the sense of challenge, fantasy, and control. More than 25% of the boys also pointed out that they played the games because they love guns and other weapons. For them, these held a special fascination. Like eating fast food, there is a likelihood that some of the children will pick up on the characters that they see in the games and use them in real life.

According to a report that was released by the American Psychological Association, in 2015, video games that have violent content tend to have the same effect on the children that play them. This is with reference to having the element of developing aggressive behavior. The children also lack empathy sensitivity and also experience reduced pro-social behavior.

Video Games Do Not Lead to Violence

However, most of the people that have read the report also cite the fact that not all the people that have played the violent video games have developed aggressive behavior. More than 200 academics signed an open letter where they pointed out that the controversial report indicating children tend to develop aggressive behaviors after they play violent video games may not be necessarily true. This is citing the fact that most of the children that have interacted with the violent games have not developed any aggressive habits that could be linked back to the content of the games. Considering that some of the youths have interacted with violent video games such as Call of Duty, Mortal Kombat, or Hitman, it may not be true. It is not rubbish the element of children having the risk of developing violent behaviors after watching such games, rather it is putting into perspective the fact that not all the children that have to interact with the video games have the likelihood of enacting what they see or experience into their real lives.

In reality, there has been a drop in the number of cases that have been reported across the globe. In consideration, there has been an increase in the number of children that are playing video games. The statistical data that is available does not support the notion of the risks involved when children interact with the violence in the video games. Some of the researchers have actually pointed out that the frustrations associated with being unable to play a videogame as being a higher risk for the children to develop aggressive behavior. It is an aspect that is comparative using essay writing services, to write your term paper, having a negative impact. They both are ambiguous phenomena.

More interestingly, children that have been found to be involved in some element of violence have for one reason or the other been involved with violent games. This is a significant element and one that needs to be looked at from a deeper approach. There are pros that come with playing video games for  youngsters such as the fact that:

However, there are also negative elements such as:

It is also important to consider that the US army in some of the cases uses  violent video games and simulations to train soldiers on how to kill.

Video games have been at the center of the debate on violence perpetration, especially where the video games in question have violent content. It is thus crucial to consider the impact that these kinds of games have on children. While it is not all children that are going to pick up on these aggressive habits, there are those who are at risk that are going to be affected as they mimic these behaviors. With little empathy, anti-social attitudes, and the risk of copying their favorite characters in violent movies and TV shows when they feel like acting up, there is need to protect children from such games. There is a need for more research to establish this link though, particularly in regards to the extent of influence of violent video games on children. 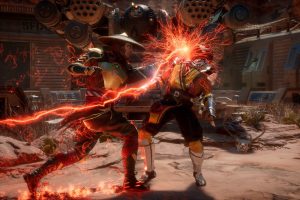 Everybody plays video games. What was once a kid’s pastime,[...] 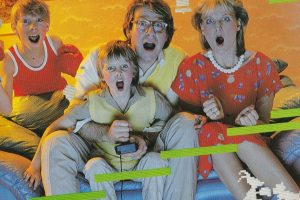 The latest in the inexplicably popular “KIDS REACT” series has[...] 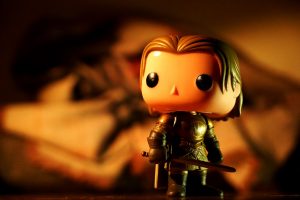 There are many toys you can gift your kids that[...]