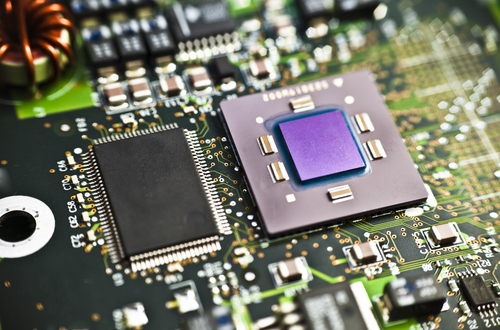 Thirty years ago home computers were a new innovation. Running off BASIC, they were programmable by the average person. Now you carry more advanced technology around with you in your pocket. The smartphone you keep with you day and night has a faster operating speed and more memory than the desktop computer you used to have in your home, and your laptop gives you unlimited technological mobility. Then there’s the world of gaming with graphics on the Xbox and PlayStation platforms that were unimaginable in the former world of Atari. The following are just a few of the many ways today’s smartphones allow for better gaming than ever before:

Random Access Memory (RAM) enables smartphones, tablets and other electronic devices to operate multiple apps at once. It also allows apps to run in the background and handles their storage capabilities. The more RAM a device has, the more apps it can run and store at once. Most smartphones have 4GB of RAM, which is more than enough to run games, email, video streaming and music; however, some smartphones go as high as 8GB if users need to run intensive programs.

The more complex the apps and games you want to run on your smartphone, the faster the processors (CPU and GPU) need to be. For example, the Samsung Galaxy S8+ has a Snapdragon 835 processor has four Qualcomm Kryo 280 CPU cards running at 2.45GHz that are paired with four low-power cores running at 1.9GHz. This type of processor allows for download speeds up to 1 GB/s and the GPU renders graphics 25 percent faster, both of which mean you can play image-heavy games or stream videos without experiencing lag time or pixelation. Plus, the Snapdragon processor is smaller than previous models and is less of a battery drain.

Multicore processors are now the norm, but it’s important to determine just how many cores your mobile phone or tablet has before deciding if it’s the right one for your needs. Two cores is typically considered the bare minimum, especially for gaming, since apps are programmed to work across cores. However, gamers, video editors and anyone else doing intensive work should look for more cores in their devices because of the graphics intensity of their work. In addition, the clock speed (the speed at which the processor renders data) also is an important consideration. Multiple processors with low speed will still appear to run slowly on the device, which hinders the overall gaming process.

A final consideration when looking for a new device is the die size (the pieces that make up the processors). The smaller the size of the pieces, the better the battery life. Most devices now have a smaller die size, but it’s something to consider when using a phone for higher intensity apps and games.

Technology is growing and changing quickly. This gives you options you’ve never had in the past and paves the way for even more advances in the future. With faster processing speeds, smaller die sizes and more RAM available, gamers can play wherever they go without sacrificing the quality of the experience.