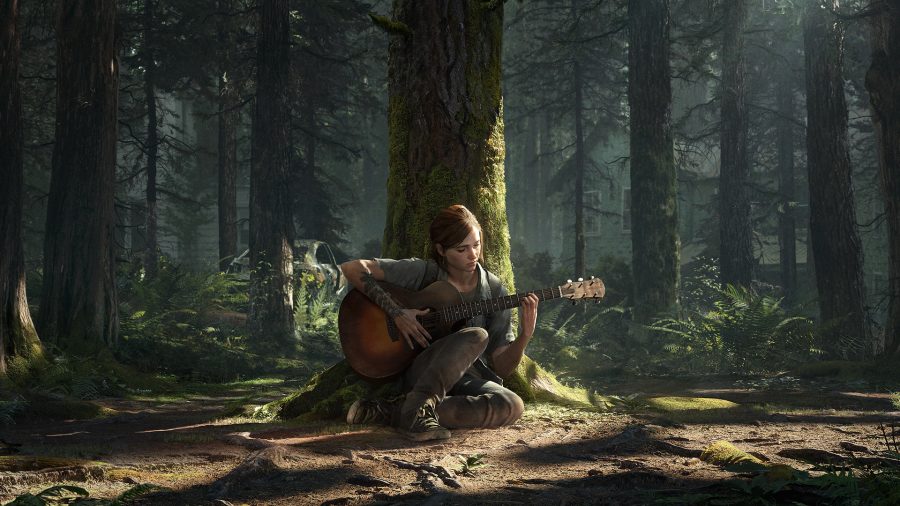 Last of Us Part 2 is among the most highly anticipated video games of 2020. It is a sequel to the original Last of Us game that was captivating because of its graphics quality, intriguing plot, smart storytelling tricks, and a dramatic end clouded with ambiguity that left players in limbo. The sequel is centred on violence and revenge, and it seems like a bigger blockbuster than its predecessor. It retains all the pros while adding a twist that will certainly be stunning.

The development of this game began in 2014, after the original that was launched in 2013. It is developed by Naughty Dog and published by Sony Interactive Entertainment. Due to the uncertainty caused by the pandemic, the April release date was pushed. However, the most devastating thing that happened was the leaking of cinematic clips and plot details before its official release date. This is usually a major setback for the developers because it takes away the suspense and could reduce sales. It explains why the first order of business after such an occurrence is the assurance that there is more to the plot.

The same happens in the gambling sector, especially with slots. It is usually marvellous to play free pokies immediately they are released to enjoy the new features and gameplay before risking real money. However, some overly enthusiastic individuals tend to wait for the leaks, and they are occasionally left satisfied.

Let us take a closer at the details of the recent leak of Last of Us Part 2:

How Did It Happen Exactly?

The leaks of Last of Us Part 2 were first reported on April 26th when a user posted a thread on ResetEra containing the video, the plot, and so much more. The videos were also posted on YouTube but were later pulled down because of copyright claims. As usual, this did not salvage anything because the leaks were already out there and were being reposted in various forums. The biggest question and perhaps the most difficult is what is the source of the leak?

Initial reports suggested that the leak was from one of Naughty Dog’s employees. There were claims that the individual was disgruntled because of the cash crunch that resulted from the pandemic. However, such claims were dismissed by the company, and it stated that they paid their developers more money due to the pandemic, so there was no reason to do such a malicious act. Nonetheless, it does not rule out the possibility of the leak coming from the Naughty Dog side, the only difference could be the motivation.

The latest official information by Sony states that they have already identified the people responsible. They do not delve into the details, but they claim that the individuals are neither associated with Naughty Dog nor Sony Interactive Entertainment. It may be difficult to find out who these individuals are unless via a leak of the same nature. We choose to take their word for it, though, such assertions could, in some scenarios, be aimed at restoring their credibility.

The reason behind such a leak greatly depends on the source. If it was an employee of Naughty Dog, then the economic crisis would be the simplest explanation. It could also be explained by other sorts of dissatisfaction and organizational conflicts that are common in workplaces. However, when the focus shifts to an outsider, then the motivation could vary greatly.

Last of Us Part 2 was being created in secret so such a revelation could be a big feat for any hacker. The pandemic could still be blamed for the occurrence though on a different light. Employees have been forced to work from home as opposed to the company premises. This increases the possibility of hackers illegally accessing the details and leaking them.

What Are the Consequences?

Leaks tend to lead to various consequences, and this case is no exception. Firstly, the controversies in the gameplay and plot were revealed early, and it led to negative responses from the fans. The reason behind this could be that only selected elements were revealed through the leaks, thus making it difficult for people to put them into context. Such misunderstandings can negatively affect the reception of the game.

Is there a possibility of the developers tweaking the storyline a little? It can occur, but it depends on how much of the information was released. The developers can take advantage of the leaks and see how the community perceives various elements of the plot.

Before the leaks, the release date of the game was unclear. However, the leaks could have prompted them to announce the date, which was the 19th of June. Even though the announcement did not mention the leaks in any way, the timing seems right. It managed to take attention away from the leaks and renew the anticipation for the game, and it worked to some extent.

The response by Naughty Dog and Sony Interactive Entertainment was slow but very calculated. They employed a good damage control strategy that ensured that the game remained in the limelight despite the leaks. None of them bothered to acknowledge them since this would have dealt further damage to the game. The only move by Sony was the taking down of the videos from sites such as Twitter.

After the release date was made public, Naughty Dog asked people to ignore the leaks while Neil Druckmann, the writer and co-director, expressed his disappointment over the occurrence but insisted that the excitement is still there. The developers still insisted that the leaks would not affect the enjoyment of the game. They claimed that some elements of the leaks were misleading so only the actual game can confirm his claims.

The leaks could have worked both ways, it could have lowered the expectations for a couple of people but could also probably have increased the anticipation for the actual game. Since the leaks were essentially a summary of the video game, there could have been misunderstandings that could be clarified in the main game. Many people will wait for this moment; therefore, the video must meet their expectations if they are still aiming for high ratings.

Even though the expectations and anticipation were lowered, it is fair to say that the developers and Sony got away with this mishap. The focus now shifts to the main video game.

What Was Contained in the Leak?

The leak is irrelevant now because the game is already out so gamers can enjoy this action-packed adventure and demystify the theories raised in the leak. True to the writer’s word, some elements of the game were misrepresented in the leaks. Many players have confirmed that getting into the main video game fully equipped with knowledge from the leaks did not give them even a slight advantage. It retained its suspense and the excitement, making it just any other stellar product by Naughty Dog.

This shows that the leaks were a simple summary that could not be put into context and confer a good understanding of the plot. What exactly was contained in it? There are a few spoilers that were quite significant.

The ambiguity of summarized versions and short disjointed clips of such an action-packed video game seem to awaken more questions than answers. It could be necessary to avoid the spoilers despite the curiosity because they can easily discourage you from playing such an epic video game. The motivation behind the leak remains unknown, especially, because it is not clear who did the deed. However, there is a possibility that their expectations were not met because the anticipation for the game remained high up to its release.

The Last of Us Part 2 details leaked online in April, and it gave rise to many speculations. Initially, it was attributed to the disgruntlement of an employee due to the virus cash crunch before later being linked to cybersecurity due to the working from a home directive. Sony Interactive Entertainment claims to know the individuals linked to it, but they will not reveal the source, Even though the source remains unknown, this article captures all the details involved in this unfortunate occurrence.

Tags: last of uslast of us part 2
No Comments
6