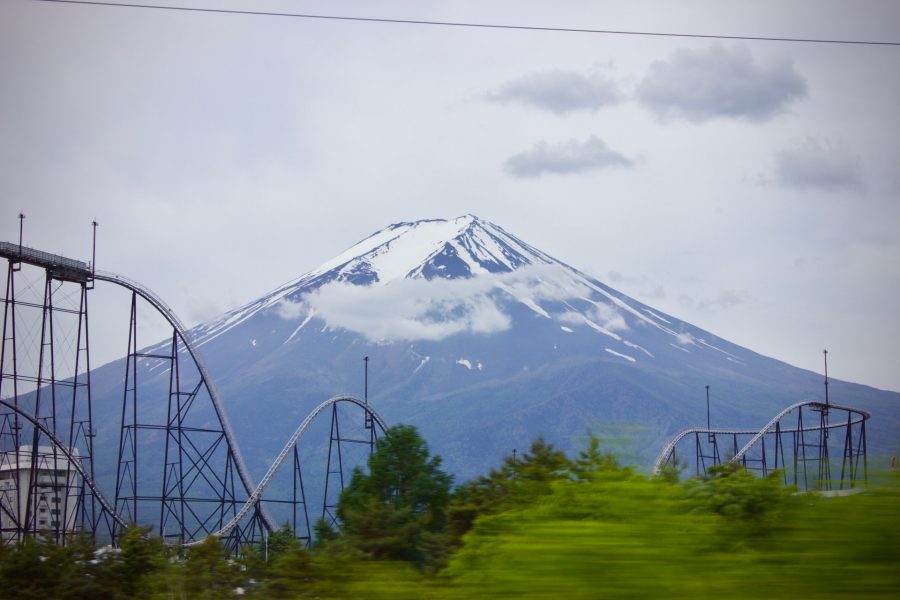 The concept is so simple, and yet, it’s so effective that even a single roller coaster ride can be enough to make someone feel a need to experience the g-forces or make them utterly anti-roller coaster. For how extreme the leisure activity is, it’s somewhat surprising how widespread and popular the rides have become, even to the extent that they’re now icons of entertainment.

So, how did the roller coaster come into being, and how has it remained among the most popular and recognisable features of entertainment around the world.

The origins of roller coasters

While it’s the massive North American companies which are more commonly associated with roller coasters these days, it was in Europe, centuries before Jamestown was established as a British colony, that we find the origins of the roller coaster. In the 15th century Russia, people would sledge down human-made, ice-covered hills by sitting in sledges made from tree trunks.

The rides earned the nickname ‘flying mountains,’ requiring a 70-foot walk to the top of a track that was hundreds of feet long. These original roller coasters began to step towards the fundamentals of what we know to be the rides in the late 18th century. Modern roller coasters are propelled by an initial steep drop which then gives the kart enough kinetic energy to fly around the tracks, which was first seen in 1784, in Saint Petersburg. This new ride featured grooved tracks to guide carriages up and down hills, being propelled by the first steep descent.

Just 20 years later, the nation’s thrilling ride crossed the continent to arrive in Paris in 1804 – the year that the First French Empire came into being. Named Les Montagnes Russes, the ride is now known as the original wheeled coaster due to the addition of wheels to the sledges and carriages. Later, in the Belleville Mountains, circuited tracks and wheels that could lock in place were used to make the rides more efficient.

When the Russian roller coasters arrived in France, the lack of safety and the injuries that were sustained only helped to grow the profile of the new and exciting form of entertainment. The high-risk nature and the danger associated with speeding down a hill is what fills those riding with so much adrenaline, and even now with safety regulations, that same experience is still the primary draw today.

Also during the 1800s, in Pennsylvania, the mining tracks used for moving heavy loads of coal downhill from the mines gradually morphed into entertainment rides. Known as the ‘Gravity Road,’ the inventor, Josiah White, adapted the tracks as the demand for coal increased, integrating a ratchet rail in the middle of the tracks to be pulled and to stop carts from rolling back down the hill. At the end of the 19th century, Coney Island popularised the roller coaster, integrating it as a part of American culture.

As competition rose among theme park companies offering roller coasters rose, so did the innovations in track design. The Loop-the-Loop and Rough Riders were successfully implemented in the late 20th century. Still, it wasn’t until these increasingly dangerous tracks hit the market that the safety mechanism known as the ‘lap bar’ was introduced. Before the lap bar, it was down to the effects of g-force and the grip of the rider.

The enduring appeal of roller coasters

Ever since the inception of the first roller coaster in Russia hundreds of years ago, the appeal has always been in the speed and the danger of the rides. Even though the danger has been greatly minimised, the innate perception of going at such speeds on constructs that are designed to look frail will always trigger a fear reaction, which many people embrace and enjoy.

As such, the roller coaster has become an icon of high-speed thrills and the hallmark of the adventurous. The appeal is at such high levels that interest in roller coasters transcends the theme park queues. One of the premier video game developers, who regularly offer their titles on sale, Frontier Developments, have proved as much by revitalising older theme park simulation titles with Planet Coaster. While it is an overall park builder and simulator, the emphasis is very much on building custom roller coasters to appease attendees.

The roller coaster image alone is enough to make people conjure up images of an exciting ride, even if it’s not as much of a hands-on experience. Games such as online slots can only earn an audience if they appeal to this thrill-seeking side of people. So, Novomatic created their own slot game in the theme, aptly named Roller Coaster. The well-reviewed slot machine utilises the theme as imagery reinforcing the speedy spin of the reels and the anticipation of the climb before the flying drop. This game isn’t even bound by hardware and is playable as long as you have access to an internet browser. After all, the developer, Novomatic, has a strong reputation for making solid games. Outside of this, the roller coaster theme is also used in the overly crowded mobile gaming space, where titles have to stand out in the app stores, with Roller Coaster Tycoon Story proving to be quite the success story.

In the much more popularised medium of film and television, roller coasters have been depicted time and time again. Some movies like Final Destination 3 lean into the potential dangers of the rides. Others like Sharknado 3: Oh Hell No! combine the speed, action, and frightening nature of roller coasters with the B-movie comedy of its theme. In both instances, as soon as the roller coaster is shown, viewers know that something exciting is afoot.

Roller coasters have been able to remain a staple of entertainment and an iconic image in pop-culture because of the inherently simple yet intense thrills that they have offered for centuries.