The global computer games market will exceed $100 billion this year. By comparison, the movie market in 2020 was a measly $38 billion. The Koalition found out what this giant virtual colossus is based on and now, we want to tell YOU about it.

Steam that changed the world of gaming

The creation of a service for the digital distribution of computer games and programs led to the rapid development of the PC gaming market. This global platform, owned by Valve, was introduced back in 2002 under the name Steam. In short, this service allows anywhere in the world, where there is Internet, to buy, download, activate and automatically update any Valve game, as well as third-party developers who “agree” to share 30% of the profit from the game with Valve.

The Valve’s example triggered other game developers to follow the path of El Dorado of video games (such services as Origin, Epic Game Store, Battle.net and others appeared). However, Steam is still out of competition. They were first and started Steam back in 2004 with the launch of such an epic hit as Half-Life 2.

According to some sources, Steam’s turnover in 2020 is estimated around $23.5 billion. Last year about 370 million games were sold through this service. – There were 35 million users online at one time in the system. 70 million people log into Steam every day. At the same time there are 135 million monthly active players.

Blockchain, gambling and the black market

Another defining reason why Steam remains the world’s most popular gaming service is the fact that within this system there is an in-game currency and a market for in-game items – “skins” (i.e. the visual design of certain types of game inventory).

Simply put, any user who has accumulated a certain amount of in-game money (real money will work as well) while playing on Steam can, for example, buy a visual skin for AK-47 and decorate it with unique stickers. Sounds stupid, right? – Wrong! Many players found such cosmetics as a real deal and even try to invest money in them!

All these cosmetic items users store in their inventory on their accounts. In addition to using these items in games, the items owned by the player can be exchanged with other users or sold on community market for real money. Buying and selling is done on a specialized exchange. It’s just like in the real world: lots, bids, supply, demand, and fees. Enterprising users earn, for example, by selling rare cosmetic items. You can win or lose money on Steam Community Market in the matter of seconds. It’s almost like gambling. You can draw a parallel between Steam Market and blackjack in casino – it’s 50\50 win or lose.

The scale of the market, as well as its potential, is staggering. Only 6% of users trade virtual ‘skins’ and inventory from the most popular games. The annual turnover of this market has already exceeded $3 billion (and that’s only for cosmetic items!). Can you imagine the potential when 6% of the market is already 3 billion?

At the same time Steam market remains a closed system. Unfortunately, Valve does not provide tools to withdraw funds from the account. The user can spend these funds to buy other items, games or DLC’s only within Steam. You can’t withdraw money through Steam, it’s also forbidden to use your account to make real money by the End User Agreement. At the same time, everyone is well aware that the game inventory outside of this conditionally closed system costs real money. For example, the price of a souvenir Dragon Lore sniper rifle, depending on what stickers it is decorated with, can be 15, and 20 or even 30 thousand dollars. Of course, more often in the game there are items worth, for example, 100, 200, 500 or a few thousand dollars. And here begins the most interesting part.

If there is an official market, the shadow economy is bound to appear. When it comes to hundreds and thousands of easy to earn dollars, there are plenty of people who want to get their hands on them. The shadow economy of Steam is all about fraud, theft, racketeering, and extortion. The other day Valve was able to achieve the blocking of two sites where you can exchange and sell game items for real money. Gaming inventory, which “settled” on these resources is estimated at $ 5 million. It’s even more than some gambling-related sites like this one https://toponlinecasinoaustralia.com has!

We should add that the value of game inventory is increasingly tied to bitcoins and other cryptocurrencies. There are already those who are trying to combine blockchain technology and the virtual item market. These people want to create a global marketplace where you can use smart contracts and blockchain to trade any items from any games from any marketplace. 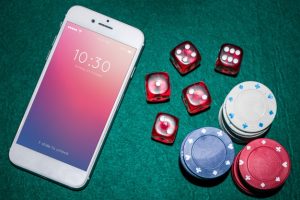 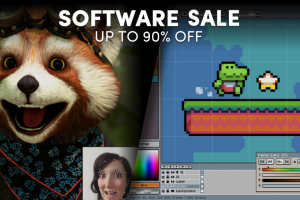 The Software Sale just launched in the Humble Store on Monday, December[...] 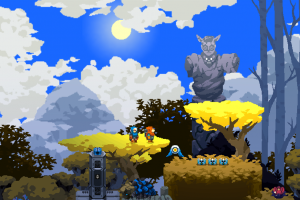