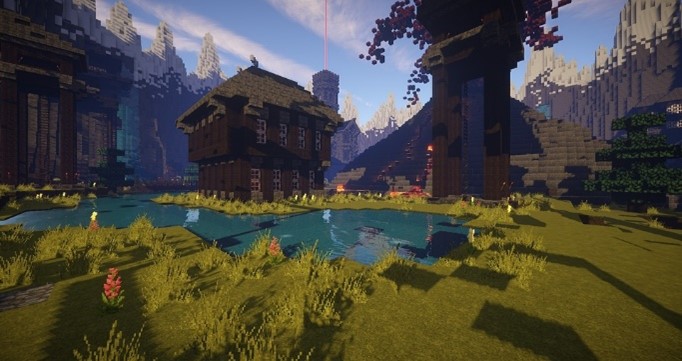 It is hard to think of another genre that is more loved than open-world. For many, these types of games offer players a sense of freedom that is not quite present in other genres. This is because open-world video games allow players the time to relax and explore a world that has been crafted for them, acting as a great form of escape too. This is a feature that would have been greatly desired during the recent pandemic as this proved to be a difficult time, especially for those confined to their homes. While many would have utilised even these sites to play games for money online, it is video games, open-world options in particular, that would have helped many through this time.

Open-world games are nothing new to the industry and have existed for a while, but in the past, the genre used to be a feature of games only. It was something that a game had, not what a game is and this was used to great effect in games at the time. However, that has changed in recent years and it seems that today, the open-world mechanic has become its own genre as it is now used to refer to what type of game a release is. This can be seen through popular video game series such as Assassins’ Creed and The Elder Scrolls, which have been previously marketed as open-world games.

While plenty of gamers enjoy open-world games, some see the problem that they provide to players. Of course, some of the most enjoyable video games ever made are open-world, but the industry seems infatuated with the idea now, meaning that other genres are being neglected. This is a shame as open-world video games are not without their faults. For example, they often have huge amounts of content. While many will argue that this is a good thing, it should be easy to see how it could be bad too. Many people who play video games do so in limited spare time, something that children and young adults will understand as they grow up and develop other interests and start working. For most adults, the idea of ever completing an open-world game seems unfeasible.

This brings the idea of quantity vs quality into play. Sure, people may be impressed about just how big a world is or how many things there is to do inside it, but then the question can be asked about just how interesting these activities are. There is no doubt that the quality of individual activities will be greater when there is a smaller area to work with, compared to a massive one. This issue can be seen in games like the most recent Assassins’ Creeds where the worlds are big, sure, but they feel empty as there is not that much to do.

Open-world games are undoubtedly great to play but are limited when it comes to crafting a quality game and appealing to those who do not have much time in the day to play games. Open-world needs to return to being less of a genre, and more of a mechanic that is an add-on to the game, not its main focus.