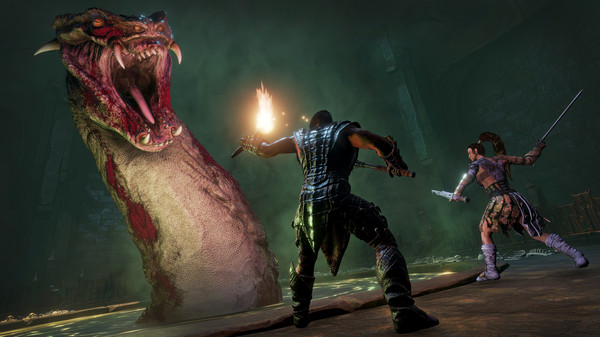 Everyone’s favourite lumbering barbarian, Conan, has had a bit of a wild ride in entertainment since his debut in Weird Tales magazine back in 1932. Now almost a hundred years old, this archetypical sword and sorcery character has appeared in card games, board games, and even in the wildly popular Dungeons & Dragons, shortly after Conan’s movie debut in 1982.

Admittedly, it’s not easy to see where Conan’s enduring popularity comes from, as the Cimmerian warrior is fairly standard fantasy fare these days. However, as one of the earliest examples of an action hero, he arguably introduced many people to concepts like magic, monsters, and swashbuckling of a medieval type. In video gaming, his legacy begins almost at the dawn of computing, with Conan: Hall of Volta in 1984.

Closer to the present, Conan’s current adventures continue in the form of Conan Exiles, an online survival game that takes place in the franchise’s Hyborian Age. The game, developed by the Norwegian company Funcom, makes use of some interesting features, such as hunger and thirst, but not much use of Conan himself. The protagonist is rescued by the barbarian and left to wander alone.

For an MMO, Conan Exiles has already had quite a long life, having been released in early access in 2017. While it fell short of sales estimates and failed to convince reviewers of its worth, Exiles has been quietly trundling along since, receiving a number of content packs that opened up the regions of the Isle of Siptah, Yamatai, and Aquilonia. Funcom seems to have plenty more planned for the game, too.

One of the interesting aspects of Conan the Barbarian is the character’s intellectual property. The Conan IP is leased out fairly frequently under Conan Properties International, a good example of which is the Conan game that’s playable on the Casino777 slot website. This five-reel title includes the likenesses of Thulsa Doom and Valeria, as well as a giant snake that can add multipliers.

Funcom also borrowed the Conan license in this fashion. As of September 2021, though, Funcom now owns the entire Conan franchise, which has allowed the developer to get started on a brand new entry to the warrior’s canon. This as-yet-unnamed game, which will be in development alongside a Dune title, adds to a growing Conan presence in media. Marvel and Netflix both have teams working on the brute.

There are currently ten Conan games in his catalogue to date, many of which stand apart in terms of their genre and platform. Conan: The Mysteries of Time, for instance, is a 2D platform game released for the NES while Conan: Tower of the Elephant took the character to mobile platforms, specifically, iOS. Reviews tend to be middling overall but that doesn’t seem to make much difference to Conan fans.

Conan Exiles’ most recent update—Grave Matters—came out at the beginning of December 2021.

Tags: conanconan the cimmerian
No Comments
8 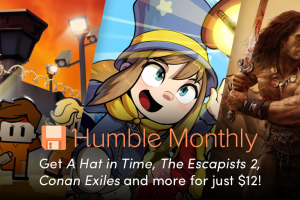 Humble Monthly is a curated bundle of games sent to[...]