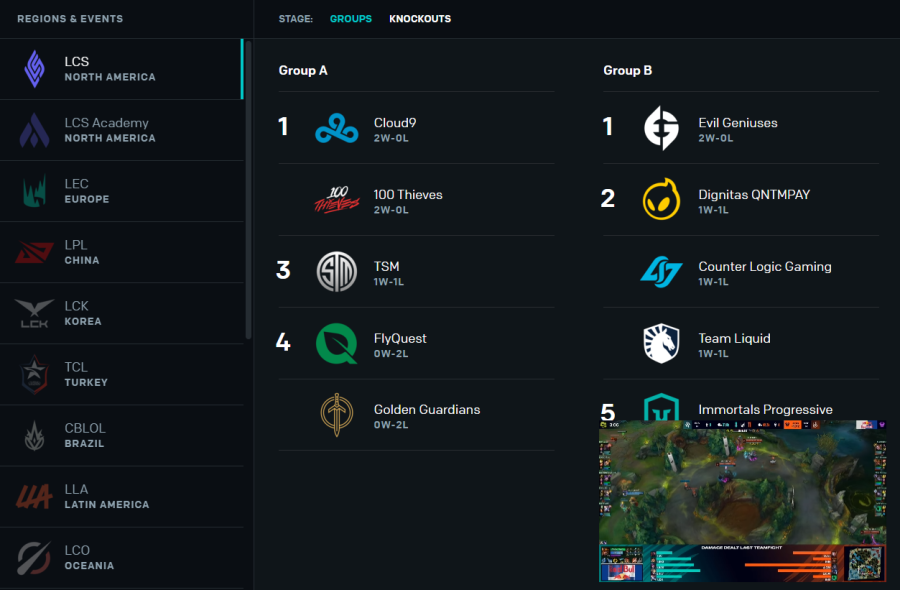 Esports is a fast-paced industry with many disciplines and categories that move multitudes and generate millions in revenue. The biggest esports games have prize pools as high as $40 million, and companies with over $1 billion of net worth. Let’s dive into the most popular esports games in the scene!

Riot Games made themselves famous with League of Legends. The game topped viewership charts and still dominates every audience statistics graphic, which makes it arguably the most popular esports game. In LoL (and other MOBAs), two teams compete to destroy the enemy’s buildings, eliminating other players standing in their way and killing minions. The game has many characters to choose from, creating different games each time their forces are in the Summoner’s Rift (in-game scenario). It’s nearly impossible to not mention League of Legends as the of the biggest esports games, being definitely top of the list of most well-known games.

The League of Legends (LoL) World Championship is a tremendous event, being the most popular esports tournament on the planet. Riot Games declared that, in 2020, over 20 million concurrent viewers watched the tournament at its peak. The game inspired other game modes inside the same client, such as Team Fight Tactics (TFT), which have their tournaments separate from this Riot Games giant.

For many players — due to its massively large player base and audience reports —, League of Legends is the first title that comes to mind when thinking about esports. Is that enough to deem it as the biggest esports title ever?

Most important tournament: Dota 2 The International

Dota 2 was first released in 2010 but started dominating the prize money charts with its 2013 The International — the game’s world championship. The goal of the game consists in destroying the enemy’s buildings as well, placing it in the MOBA category. With slightly more characters than League of Legends, the game is also completely free to play, earning revenue through selling cosmetics/visual changes for those characters. Dota 2 is a very popular esport game, with a very loyal and recurring fan base.

Dota 2 offers a series of tournaments across two seasons each year, called the Dota Pro Circuit, which consistently pull up over 500,000 concurrent viewers. The most important tournament in a year for this title is The International, an event so huge that it has the highest prize pool among all esports. In 2020, the event was postponed due to COVID-19 security measures. It’s going to happen in October 2021 in Bucharest, with a total prize pool of slightly over $40 million to be shared among the 18 esports organizations that will participate. This is a strong indication of how big the total prize money distributed by this title is, setting it at the top of esports history.

Highest-paid professionals and top prize money numbers: can we use those indicators to call Dota 2 the biggest esports game?

The Counter-Strike series is one of the most ancient in the esports world, being one of the first esports disciplines ever. In Counter-Strike: Global Offensive, the goal of the game is to eliminate the other team, completing the task of planting or defusing a bomb, playing for one of the two teams of six members each (“terrorists” and “counter-terrorists”).

Unlike most other titles, Counter-Strike doesn’t have a “world cup,” dividing its calendar into Major and Minor tournaments instead. Each of those tournaments is critical individually, so the competitive scene moves the crowd almost every month. Add it to the fact that the game can be played from even the most outdated computers, and it’s very simple to understand (though difficult to perform), and we get a generation-shaping title that just cannot be excluded from the discussion about the biggest esports game.

So much history, players, and tournaments: is this enough to be the biggest?

Unlike some other esports mentioned here, Fortnite is a game that can be played in a free-for-all mode (meaning you don’t necessarily need a team). The game began to attract massive attention after topping streaming platform charts in 2016–2018, and never really went out of fashion. Its colorful graphics, paired with a sharp battle to be the last man standing and many activities to do to achieve that goal, made Fortnite a successful esport title.

And numbers from the Fortnite World Cup prove it. In 2018, the North-American player Bugha entered the charts of the most well-paid gaming professionals in the world after winning the solo mode prize pool of $3 million. The game also has a duo and a creativity mode, and its larger official tournaments raise money for charity by inviting personalities of every kind to the game. Travis Scott broke the internet in 2019 after making a live show inside Fortnite for a delighted audience of over 50 million concurrent viewers.

Defining a generation of gamers and so much creativity are the factors that, together with its viewership numbers and prize pools, make Fortnite a game that will be forever remembered. But is this esport the biggest?

StarCraft II was one of the first games to give esports its current fame and shape — and also to play a formidable part in the popularization of esports, and it can never be ignored when we talk about the most important esports titles. The goal of this highly skill-intensive game is to assemble your army, buildings, and city, and destroy the opponent’s base in a fiery strategic battle.

Usually played in single-player mode, Starcraft is a very popular game in South Korea, despite being an “old” title. Blizzard Entertainment still patches the game from time to time, meaning that the player base is active and fierce.

Opening doors for a powerful market, shaping an industry, and keeping its relevance after so much time — can we use this information to name StarCraft 2 the biggest esports game in history?

Those five are the titles with the highest prize pool, but there are many other titles, and the gaming community divides has over 3,000 esports games to choose from. Let’s mention those that are more well-known (this writer is pretty sure he’s going to upset some gamers by not mentioning their favorite title. My apologies in advance if that happens).

Mobile esports is a trend more now than ever. With enormous events happening in 2021, this category of esports games captivates millions of players and viewers, and with over 100 million active players, Honor of Kings — called Arena of Valor in western countries — made a colossal event this year. Like Dota 2 and League of Legends, the game is a multiplayer online battle arena (MOBA) but played on mobile.

The Honor of Kings World Champion Cup gathered over 4 million concurrent viewers, with total prize money of $7,728,000.00 — making the title the second-highest prize pool of all the esports history.

Wild Rift, League of Legends’ mobile version, is also worth noticing. Being connected with one of the most successful esports titles ever, the game promises a lot in terms of mobile esports future.

Despite some struggling in recent years, the Overwatch League was a worldwide success both in terms of viewership and the prize pool. This 2016 first-person shooter (FPS) made by Activision Blizzard has elements of other styles of gaming, such as MOBAs, and its frenetic velocity makes it entertaining for both viewers and players.

The Call of Duty franchise is one of the most beloved in the hearts of gaming aficionados. Its series of games have multitudes playing each title, but no one is more popular among non-mobile players than Call of Duty: Warzone. It has cross-play features (meaning you can play on consoles, such as Sony PlayStation and Microsoft Xbox, or PC), and the Call of Duty League has passionate fans. This first-person shooter is oriented to be more realistic than its competitors, making it one of the biggest esports games by definition.

Mix rocket-powered cars with soccer, and what you get is this exceptional game, not fitting in with any known categories. Rocket League isn’t a recent discipline, but the Rocket League Championship Series is flying high and is already established among the most popular esports games. Its fun, skill-intensive, and unique approaches make it one of the most curious games in the esports scene.

Card games are usually a very popular discipline in the esports world, and despite some heavy competition — such as Magic Arena and Legends of Runeterra — Hearthstone still reigns supreme as the most successful online card game in terms of prize pool, with over $25 million distributed as prize money. In this game mode, you create a deck of cards and battle 1v1 your opponents to see who is the best strategist.

Summarizing: What is the biggest esports game?

I’m running away from this responsibility: it’s impossible to know which among all esports games is the biggest. It’s already very hard to name aspects of a game that can allow us to call it bigger than others, since the esports ecosystem is so diverse, with such a myriad of disciplines and audiences. There are many titles not mentioned here that are still among the most popular esports games — this can give you a proper scope of how large this industry is, with so many other games not mentioned.

The esports industry is very dynamic and constantly growing, with so many possibilities of interaction and entertainment that one article can never be enough. Should you enjoy showing your prowess in games like League of Legends, being a better strategic leader than your foes in Starcraft or card games, or shooting opponents in titles such as Counter-Strike, there are many popular games yet to be discovered and played. After all, esports is about competition, and games are about fun! 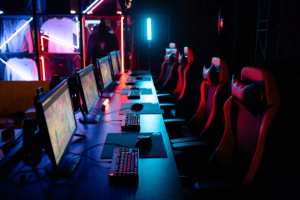 Despite the interest in the industry, eSports betting is only now getting started. 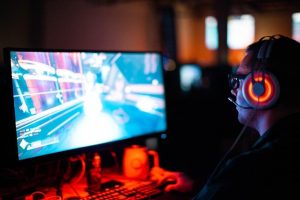