Lack of class from the AT&T Trade-in Program 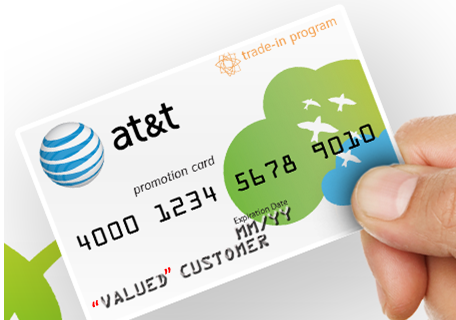 Lack of class from the AT&T Trade-in Program

Having recently upgraded my wife’s iPhone 5 to an iPhone 6 Plus on AT&T, we were able to take advantage of the AT&T Trade-in Program. Normally, we go through trade-in services like Gazelle or sell through eBay, but in this case the trade-in value was higher than Gazelle‘s and (presumably) less hassle than eBay. In any case, after waiting for several weeks for the trade-in to process – AT&T stated the reason was an excess volume of trade-ins – we finally received our card.

Unfortunately, it’s not like a credit or debit card, but is considered a type of promotional card that’s only good at an AT&T store, either physical or online. Nevertheless, it still needed to be activated to work via one of two options: online or phone call. For whatever reason, I chose phone call, and, to my surprise, as soon as the call connected I was greeted with a “you just won a $100 Wal-Mart gift card!” (I’m roughly paraphrasing this and other events).

OK, that’s odd, I thought, but I proceeded to be connected to an operator. This woman – who was almost certainly based outside of the US (not normally an issue, but the call quality was low and her accent a bit thick) – proceeded to go into her pitch about the Wal-Mart gift card. She wanted my address and to connect me with her “supervisor” who would take a small fee of $4.95 (if I recall correctly) to mail me the card. I asked if this is going to sign me up for a subscription service of some type. She more or less talked around/tried to avoid that idea/impression, but clearly that’s what it was.

Long story short, I went online (which I should have done in the first place) and activated the card. No hard sell, no nothing, just doing expressly what I wanted to get done in the first place. After that I called AT&T directly to find out if I could use the card to pay my bill. The answer was “yes,” but I had to do it online. Fair enough. I did it and it worked, but boy was I not happy about the process leading up to that simple resolution. In the future, because of this, I’ll absolutely be going to the Gazelle or eBay route (in fact I did the former for my own phone recently).

Why a company the size of AT&T has to deal with the type of promotion card company that they’re presently dealing with is beyond me. Are the few extra dollars in presumed commission worth harassing your customers? As you can tell from this post, it almost certainly isn’t. 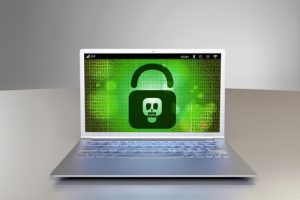 What You Need to Know About May's Cyber Attack

Cyber security has been a big concern for governments, businesses,[...]