Hemingwrite Kickstarter and the promise of distraction-free writing 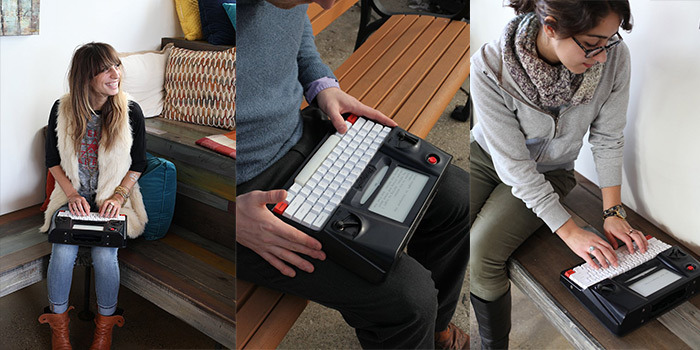 Hemingwrite Kickstarter and the promise of distraction-free writing

As a professional writer, the new Hemingwrite Kickstarter certainly caught my eye. Its tagline is “A Distraction Free Digital Typewriter,” which certainly has its appeal. I can speak from both my own personal and extended social experiences with fellow writers that the collective we often like to romanticize the concept of the “writing process.” The Hemingwrite is just the latest of countless attempts to cash in on what for many of us seems to be a primal need for that ideal writing environment, where the hoped-for end result is that the words simply flow out, mocking even the idea that there’s something out there called writer’s block.

The same is of course true of those who don’t actively write, but want to. I know I’ve certainly seen and commented on my fair share of statements from hopeful individuals who want to write on an old computer like the original IBM PC (I too love tactile, clicky keyboards, with this being one of my more recent acquisitions) or even on a typewriter (or a converted typewriter), so they might somehow feel more connected to the written word. Of course, knowing a thing or two about how the modern publishing world operates and having experienced my fair share of typewriters and vintage word processing in my 42 years on this planet, I’m quick to point out that eventually you have to get your output onto a modern system, are introducing quite a few extra steps into an already labor intensive process, and are opening yourself up to multiple points of failure. In short, for all their foibles, modern computers and their related software environments are far more stable and easier to safeguard against disaster despite the fact that past greats like Hemingway, Murrow, or even Asimov never got to use them.

The Tandy 100 from 1983. This was a jouralist’s best friend throughout the 1980s and part of the 1990s. Though less ambitious, the Hemingwrite is definitely a spiritual successor. (Source: Wikipedia via NapoliRoma)

That’s of course not to say that I  haven’t personally fallen prey to the allure of the “perfect” writing environment. I have an impressive wake of hardware, software, and tools to prove that indeed I have. In general, experience usually does eventually show you the reality of what it really takes to get something done. With writing, it’s no different. You not only have to constantly write to get better, you also have to experiment to know what works best. Eventually you should reach the point where it doesn’t matter where you are or what you have to write with in spite of, not because of, whatever personal quirks happen to influence you at any given moment.

The Hemingwrite in action, straight from the Kickstarter page.

So, with the above in mind, while the Hemingwrite is not the cure for your potential writing woes, it does appear – if it delivers as promised of course – that it might prove a useful tool under the right circumstances, much like other “minimal” software and hardware. In my case, my portable workhorse is the delightful Surface Pro 3, but I must say, having a rugged, extreme battery life writing-specific device with modern wireless transfer capabilities might be a nice companion for those situations where an ultrabook-type computer is either not convenient or particularly necessary.

I do think that a device like the Hemingwrite is probably not something you want to use for writing that requires any type of connected reference or research since you’d need a secondary device, like a smartphone, for that function, which would take away a lot of the point of ignoring the most distracting elements of modern technology in lieu of this. However, if what you wish to write requires little-to-no-research or can be researched and refined on something else at a later date (fiction might be the best example), it just might be a good way to knock out a quick draft for those who don’t need essay help online by native writers. It’s also something I’d feel comfortable recommending to those hopeless romantics who fantasize about banging away on a typewriter, since your work is easy to get off it and into a modern, usable format on another platform.

Clicky keys and switches? What type of unholy fusion of hipster and steampunk sensibilities is this? (Source: Kickstarter)

That’s not to say I don’t have some concerns about the Hemingwrite. There’s no way to know how good the visibility of the screen will be at arm’s length, since this is more or less the same type of screen found on eReaders designed to all but be smooshed up against your face. I’m also lukewarm on the lack of a front-lit screen or back-lit keyboard keys. The former creates more versatile usage in poorly lit settings, and the latter seems to help my aging eyes stay less strained and fatigued in lower light settings. Of course, I do agree that feature creep can present quite a few issues, so even if the device were to end up simply as presently envisioned, I think I’m still OK with that.

If you can find a use case for the Hemingwrite, I say go for it. If you think the Hemingwrite will help you get your writing going or help you to take it to another level, I’d strongly recommend thinking again. The only thing that will do that is actually writing, and doing as much of it you can as each day, refining your technique as you go. That shouldn’t require any further augmentation beyond the very device you’re reading my blog post with. As that tired corporate slogan states, JUST DO IT. 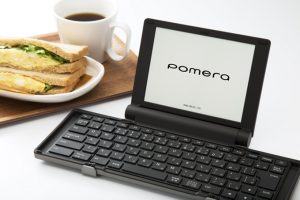 First released in Japan in 2008, the pomera pocket typewriter[...] 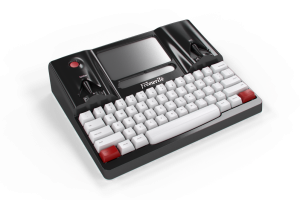 COUPON: Get 5% off an Astrohaus Freewrite or Traveler by[...] 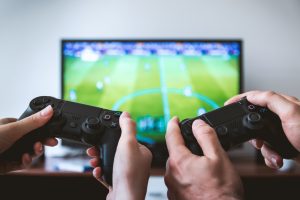 Here are some of the creative ways to improve writing skills with video gaming.