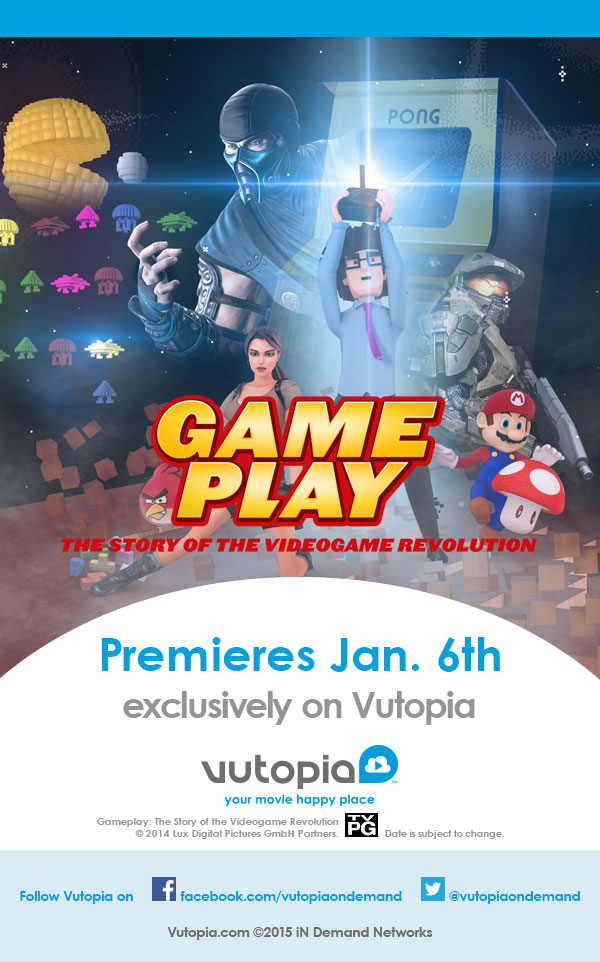 Our feature film documentary, Gameplay: The Story of the Videogame Revolution, in partnership with Gravitas Ventures, will have an exclusive 30 day premiere on Vutopia. The premiere will begin on January 6, 2015, and run through February 6, 2015.

Vutopia is the movie lover’s ultimate destination. It’s all of your favorite movies On Demand, available to watch on TV and online, anytime you want. Vutopia  offers many movies including Hollywood favorites, indie movies and documentaries, with new movies premiering each month. It’s a movie for every mood in cool categories that make the search as fun as the find. Vutopia is your movie happy place.

Vutopia is currently available as a part of Movie Pass from Time Warner Cable and Bright House Networks.

Gameplay: The Story of the Videogame Revolution is a feature documentary film on the history of videogames. Almost five years in the making, the film spans the industry’s origins and beyond as it chronicles the remarkable story of the fastest evolving new media of all time.

The film features never seen before interviews with such videogame pioneers as Nolan Bushnell, David Crane, Noah Falstein, John Romero, Todd Howard, and many more, plus all of the iconic and groundbreaking games of the past 50 years or so, all tied together with original animation and graphics.

A press release and information on additional showings will follow.

Gameplay: The Story of the Videogame Revolution from Tom Coleman on Vimeo. 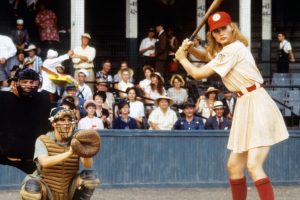 The Best Baseball Movies You Definitely Need to Watch

The Best Baseball Movies You Definitely Need to Watch

Not being able to watch your favorite sport can be[...] 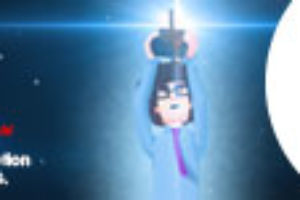 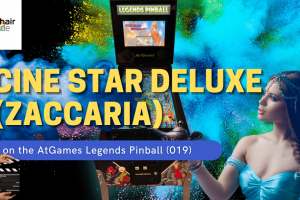