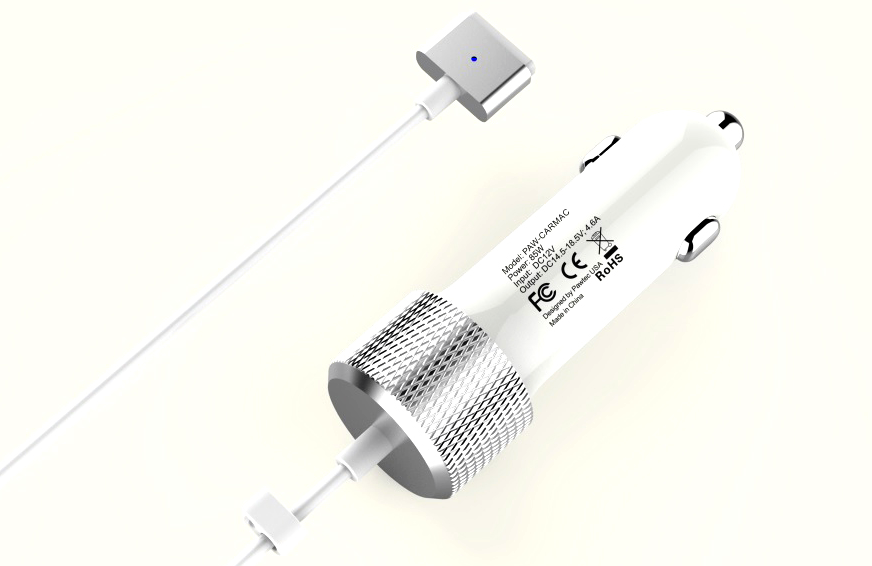 May 12, 2015 Posted by Bill Loguidice Review No Comments

While car chargers for smartphones, tablets, and other USB-powered devices are common, car chargers for laptops are not. Generic power inverters sometimes work with larger, AC-powered devices like laptops, but they’re almost always bulky and it’s often difficult to tell if you’re going to draw too much – or not enough – power with your laptop’s power brick. One of the advantages of owning an Apple MacBook is that even though market share is quite small compared to Windows-powered laptops, a sizable percentage of those who do own one have a model with the same basic power specifications as everyone else, which allows a product like Coosh’s 60W Rapid Car Charger for Apple MacBook (Power: 85W, Input: DC12V, Output: DC14.5-18.5V; 4.6A) to exist.

The packaging for the Coosh 60W Rapid Car Charger.

Instead of using your MacBook’s existing power brick to plug into a power inverter, the Coosh 60W Rapid Car Charger for Apple MacBook plugs directly into your laptop’s MagSafe2 port. Compatibility is across a broad range of Apple MacBook laptops and includes: MacBook Pro 15″ with Retina Display, MacBook Pro 13″ with Retina Display, MacBook Air 11″ Mid 2012, and MacBook Air 13″ Mid 2012. It’s with the latter that the charger was tested with.

Because the MacBooks are a known quantity, overcharge protection (keeping both your laptop and car safe) and reliable charge estimates (about 75 minutes from a very low battery) are a given. The MagSafe2 end of the charger has an orange light indicator that turns green when the MacBook’s battery is fully charged. Once it detects a full charge, it stops charging.

The Coosh charger’s cable is a simple, tangle-free design and measures 5.5 feet (1.7 meters) in length, which should allow you to place your MacBook just about anywhere convenient in your vehicle. The knurling on the plug end that secures to your vehicle’s 12v power receptacle allows for easy insertion and removal of the charger, and of course enhances the already sleek looks and overall product design, the latter of which wouldn’t make it seem out of place as an official Apple product. It’s a quality charger with a decidedly premium feel for only $13.99 on Amazon and is absolutely worth picking up for the additional peace of mind that having mobile power from your vehicle can bring.

Special thanks to Coosh for providing the review unit. 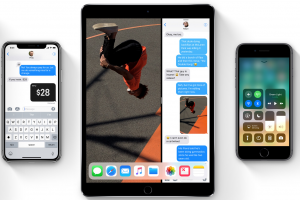 In recent times, Apple has struggled to retain its reputation[...] 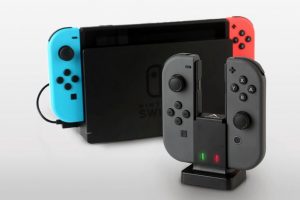 If you have an extra set of Joy-Cons or prefer[...]