When searching for a good work light, versatility and durability are both keys to how useful it can actually be. The Aennon LED Work Light Flashlight hits both of those points.

The box for the Aennon LED Work Light Flashlight.

Its top light is a five LED flashlight with 30 lumens of brightness. Its main light, which is designed to light up a larger area, uses COB technology. COB, or Chip-on-Board, is a newer technology where multiple LED chips are packaged together as one lighting module. This allows for an energy efficient 150 lumens and more than 100,000 hours of use.

The rear of the Aennon LED Work Light Flashlight. Note the hook and magnets.

The Aennon LED Work Light Flashlight‘s body is rubberized, and is both shock-proof and water resistant. The adjustable, pivoting head tilts up to 270°, and makes a satisfying click as it locks into each angle. While it has a powerful dual magnet base, if a metal surface is not available, there’s also a 360° rotatable swivel hook for hanging. Of course, it also stands fine all on its own.

When you first get the light, you’ll want to remove the three AA batteries included in the battery compartment so the no-contact circles fall out. You then re-insert the batteries, which can now make contact and power the device.

Overall, it’s a nice design at a good price point (only $15.99 right now on Amazon for one, $26.97 for two, or $37.97 for three). My only criticism is that both LED light sources are extremely bright and unfiltered, so it’s very easy to temporarily blind yourself if you accidentally catch a look. With that said, I’m not sure if there’s any way around that without diminishing some of its utility. If you need a bright, focused work light that can also double as a flashlight, this is definitely a great choice.

Thanks to Aennon for the review unit. 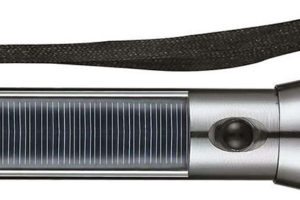 “Solar Flashlight” sounds like the setup for a bad joke.[...] 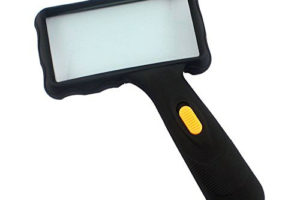 Despite almost always having awful distance vision, my close-up vision[...] 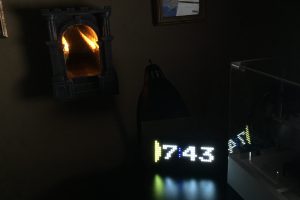