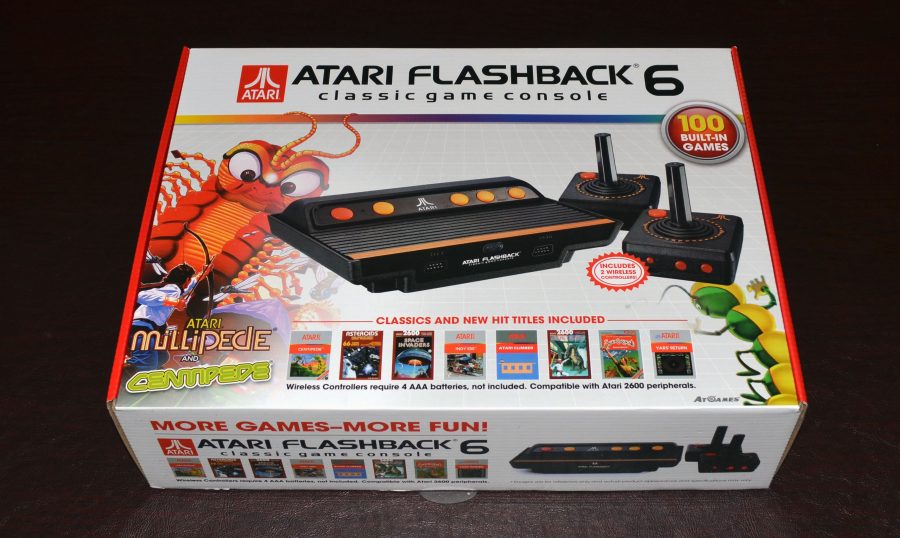 Before I get into the detailed review, for those considering an upgrade or replacement, I thought I would start by describing the differences between AtGames’ 100 title Atari Flashback 6 (I provided the full list of original titles and newly created homebrews here) and 92 title Atari Flashback 5. For everyone else, you’ll probably want to skip to the Introduction and read through the rest of the review before coming back to the Differences from the Flashback 5 section for the extra detail.

Differences from the Flashback 5

While the Flashback 6 has the same hardware as the previous edition, the added value comes from including eight (8) more games. New additions to this release over the Atari Flashback 5 are as follows (I’ve inserted a short video of each game being played on the Flashback 6 after its respective description):

The Atari Video Computer System (VCS), later known as the Atari 2600, was the first cartridge-based console to become a cultural phenomenon. Though its release in the summer of 1977 was hardly a blockbuster event, thanks to the continued financial support of parent company Warner Communications, the Atari 2600 was able to outlast its early competition, growing its library, and eventually turning hundreds of thousands of sales a year into more than a million by the start of the new decade. By 1980, once official ports of high profile arcade games, like Taito’s Space Invaders (a loose recreation of the arcade game is included on the Flashback 6, but not the popular Atari 2600 version) and Atari’s own Asteroids and Missile Command (both included), started coming out, there was no stopping the 2600’s momentum.

Besides arcade ports, and despite Atari’s best legal efforts, the 2600 was also gifted with a wide range of third party software from some of the best of the early publishers, like Activison and Imagic (neither of which is represented here due to licensing issues, although you do get a nice representation of other third party publishers). While these third parties would come to support other platforms, the 2600, with its extensive user base, was almost always first choice.

The Atari 2600 specialized in fast action games, with blocky, but colorful visuals. While its iconic 8-way, single button joystick may seem primitive now, it was well designed and well suited to the offerings of the time. Of course, many other add-ons and controller types were eventually released, including a pair of paddles, which were bundled, along with two of the joysticks, in the earliest releases of the console. To its credit, and one reason why we’re up to version six (actually, a bit more than that if you count a few mid-term releases) of the Flashback and counting (although it would be nice to see a portable at this point), is that the Atari 2600, in its final, smallest console revision, lasted into 1992, an amazing 15 year overall commercial lifespan.

The Flashback 6 console is rather diminutive, having an approximate width of just under 9”, depth of just under 6”, and height of about 1.5”. It also weighs next to nothing, containing a small motherboard that features dual-core custom chips running at 100MHz, with on-board hardware enhancements to accelerate the real-time software emulation. The console is styled in a way that vaguely recalls, but does not directly mimic, the most iconic version of the 2600, complete with matching controllers.

A standard DV 5V AC adapter plugs into the rear of the console, along with a hard-wired composite video output, with mono audio. The games are best viewed with your display set to a 4:3 aspect ratio, since that’s what they were originally designed for.

The Flashback 6‘s two included controllers are wireless. Removing a tiny screw beneath each controller reveals a battery door, where two AAA batteries – not included – are placed. For better or worse, these wireless controllers use infrared technology, which requires general line of sight with the sensor on the front of the console. The player one joystick duplicates the Reset, Select, and Start buttons found on the front of the console. The included joysticks are less stiff and easier to move than original Atari joysticks, and perform well, as does the action button.

Finally, there are two joystick ports, which accept standard Atari-style wired controllers, including paddle controllers. AtGames sells their own recreation of the paddle controllers separately (as they do with the wired joysticks), or they’re included with the Atari Flashback 6 Classic Game Console Deluxe, which is available exclusively from Sam’s Club (expect to pay $10 or so above the price of the standard edition).

A push to the left or right on the joystick moves to the previous or next page, respectively, while up and down moves amongst the games on the same page. The primary action button selects the highlighted game. This setup is functional, if not intuitive, much like the alphabetical game listings, with game names that are often shortened in unusual ways. Simply put, all listed games are there, just not necessarily under the name, and thus, in the order that you’d expect. Once a game is selected, the game is started the same way as on the original console, meaning either from one of the buttons on player one’s wireless controller or from a button on the console.

There were no major issues with any of the Flashback 6’s 100 games, save for Secret Quest, though purists will notice slight color and sound differences versus the same games played on original hardware. As stated earlier in the Differences from the Flashback 5 section of this review, due to the lack of duplicating the original console’s TV Type switch function, there’s no way to access Secret Quest‘s Status Screen. In this case, it’s best to think of the Flashback 6 as having 99 games and one demo.

The AC adapter and manual.

While most games are easy to pick up, some games do require more detail than the sparse manual provides. As such, it’s recommended you visit a site like AtariAge or do a general Google search to look up the manuals for some of these games.

In terms of displays, the Flashback 6 was tested across four different types. The first was an LG Flatron LCD monitor, the second was a Commodore 1084S CRT monitor, the third was a Sharp Multi System CRT television, and the fourth was a Panasonic plasma TV. The Flashback 6 performed reasonably well across all display types, though was particularly crisp on the Sharp. Nevertheless, regardless of the display type used and what adjustments are made to settings like contrast, sharpness, and color, it’s important to remember that there are definite limits to overall picture quality, thanks in part to the low quality of the lowest common denominator composite connection that’s included.

As I’ve stated before with products like these, if you’re the kind of person who wants absolute authenticity, there’s no beating the original consoles. There’s also no denying that emulation on your computer, smartphone, tablet, or similar devices can also offer a great experience. However, if you don’t want to put in the non-trivial amount of effort or expense to achieve optimal results, and want a fully legal alternative, there are worse ways to spend the $40 street price, especially since it can sometimes be found for even less. As a product targeted primarily to casual consumers with a vague, but fond memory of classic Atari games, it’s hard to argue with this product’s value proposition and is an easy way to get in on some of the retrogaming craze. 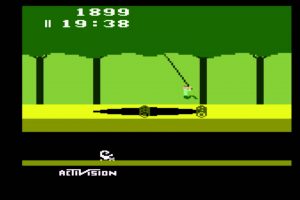 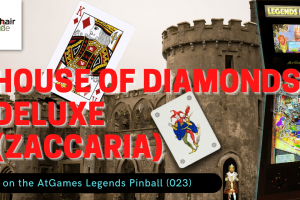 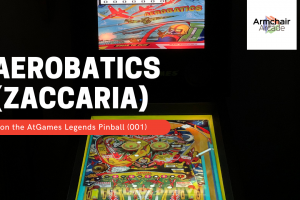