“Solar Flashlight” sounds like the setup for a bad joke. Why would you want a light-powered flashlight when a flashlight is for seeing in places where there is no light? Of course, Global-store did not release a joke product, as their Solar Flashlight has a built-in 500mAh rechargeable battery that can not only be charged with the power of the sun, but also with the power of USB thanks to the included cable.

The flashlight itself has a well-designed, textured aluminum exterior and is a good size at about 6.7 inches, or 17 centimeters, long. A single button turns the one watt LED on or off. When on, the LED light generates about 38 lumens, which is fairly bright, and it’s well focused. On a full charge, either over USB or with about eight hours of good sunlight, you can get around four hours of continuous use (as always, LED for the win!).

About the only negative with this product is the non-standard USB cable. Instead of charging with a mini- or micro-USB cable, it charges with a 3.5mm USB cable, with the same type of tip that you’d find on wired headphones. Of course, if you’re out camping or doing something similar, you probably won’t bother with the proprietary USB cable anyway and just use the sun. As always, it’s good to have options.

Thanks to Global-store for the discounted review unit. 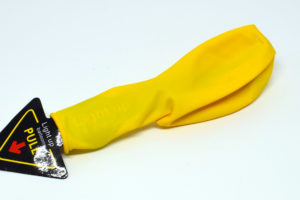 LEDs have reached the point where they’re cheap enough to[...]

LED light strips have tons of uses. Besides providing a[...] 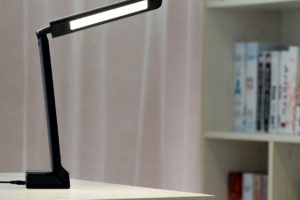 I’m fortunate to get to review many products. As such,[...]