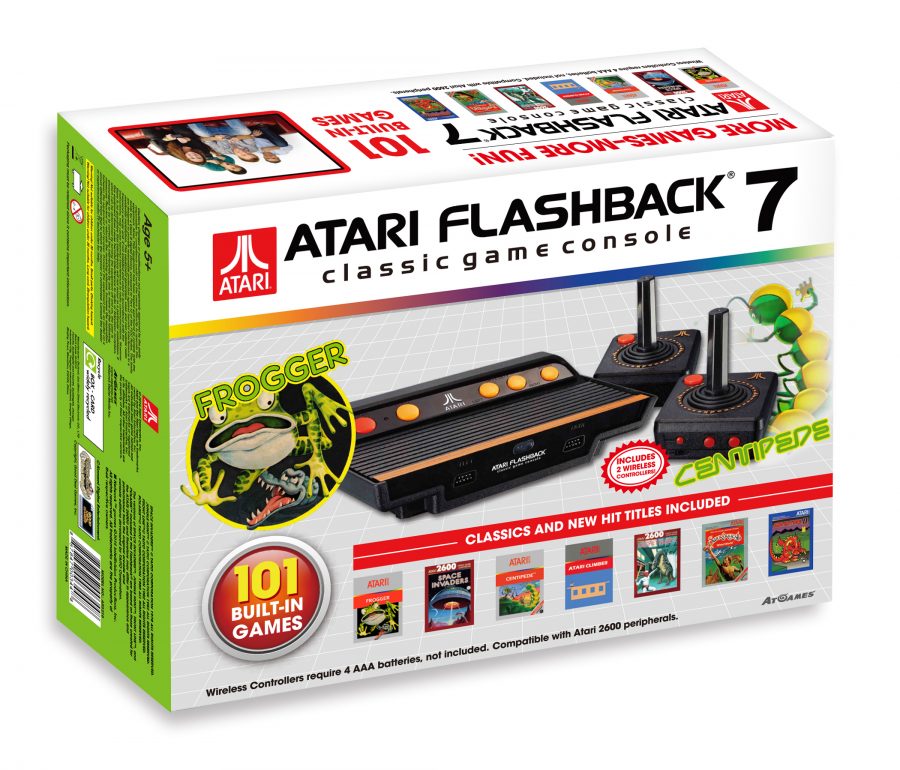 AtGames has released the Atari Flashback 7, which is just now starting to be available from major US retailers. While list price is $69.99, typical retail price is often quite a bit less.

The Flashback 7 is part of the new AtGames Flashback Zone, which encompasses an increasing number of retro-themed products and a new social media presence on both Twitter and Facebook. The AtGames Flashback Zone is expected to be the AtGames retro gaming portal going forward and should hopefully see regular expansion. Other products for this year include: Atari Flashback Portable (available November), Sega Genesis Classic Game Console (available now), Sega Genesis Ultimate Portable Game Player (available now), and Atari Flashback Classics Volume 1 and Volume 2 for Sony’s PlayStation 4 and Microsoft’s Xbox One (both available soon). I should eventually have reviews posted for all of those products.

You can see the full game list here. For this year, the big new addition is Frogger, which adds to the previous Flashback 6‘s 100 game total (although really it was 99, since Secret Quest wasn’t fully playable).

Unfortunately, as you may or may not know, the original Frogger arcade game allegedly used music lifted from Japanese cartoons without permission. As a result, since 2006, any new release of Frogger has not been allowed to have the original audio. Sadly, this also applies to the possibility of including the original Atari 2600 release of the game on this console. As a result, just like with Space Invaders, this is a from-scratch port designed to take advantage of the Flashback’s hardware rather than remain true to the Atari 2600’s limitations.

Despite having nostalgia for the original Atari 2600 port of Frogger (not to mention the amazing Supercharger version), this new version is still a good consolation prize. And much like the new version of Space Invaders, this Frogger does not strive for 100% authenticity, but instead includes the key elements while offering its own variation on the way the original played.

If you’re curious how Frogger looks and plays on the Flashback 7, here’s a brief video:

Finally, Secret Quest is now fully playable. On the Flashback 6, there was no way to access the critical status screen. Now, simply pressing SELECT + UP on the joystick displays the game’s status screen.

The Flashback 7 console is small, having an approximate width of just under 9”, depth of just under 6”, and height of about 1.5”. It also weighs next to nothing, containing a small motherboard that features dual-core custom chips running at 100MHz, with on-board hardware enhancements to accelerate the real-time software emulation. The console is styled in a way that vaguely recalls, but does not directly mimic, the most iconic version of the 2600, complete with matching controllers.

A standard DV 5V AC adapter plugs into the rear of the console, along with a hard-wired composite video output, with mono audio. The games are best viewed with your display set to a 4:3 aspect ratio, since that’s what they were originally designed for.

The Flashback 7’s two included controllers are wireless. Removing a tiny screw beneath each controller reveals a battery door, where two AAA batteries – not included – are placed. For better or worse, these wireless controllers use infrared technology, which requires general line of sight with the sensor on the front of the console. The player one joystick duplicates the Reset, Select, and Start buttons found on the front of the console. The included joysticks are less stiff and easier to move than original Atari joysticks, and perform well, as does the action button.

Finally, there are two joystick ports, which accept standard Atari-style wired controllers, including paddle controllers. AtGames sells their own recreation of the paddle controllers separately, just like they do with the wired joysticks. All are available from the aforementioned AtGames Flashback Zone.

A push to the left or right on the joystick moves to the previous or next page, respectively, while up and down moves amongst the games on the same page. The primary action button selects the highlighted game. This setup is functional, if not intuitive, much like the alphabetical game listings, with game names that are not always labeled as you would expect.

Once a game is selected, the game is started the same way as on the original console, meaning either from one of the buttons on player one’s wireless controller or from a button on the console.

There were no major issues with any of the Flashback 7’s 101 games, though purists may notice slight color and sound differences versus the same titles played on original hardware.

Here are some games in action:

While most games are easy to pick up, some games do require a bit more detail than the sparse manual provides. As such, it’s recommended you visit a site like AtariAge or do a general Google search to look up the manuals for some of these games.

The Flashback 7 performed reasonably well across all display types from CRT to Plasma. Nevertheless, regardless of the display type used and what adjustments are made to settings like contrast, sharpness, and color, it’s important to remember that there are definite limits to overall picture quality. This is thanks in part to the low quality of the lowest common denominator composite connection that’s included.

This is expected to be the final release in the AtGames Atari Flashback series – which started with the Flashback 3 – before the company moves to a new hardware architecture, so there is an extra layer of collectibility to this year’s iteration. On a related note, since this is also expected to be the last such version to work with legacy composite AV connections, if this is the type of product you like to use with a CRT television for additional authenticity, this is the version to get.

In terms of value, it’s fairly significant. With 101 games and only a handful of homebrew or other relatively unrecognizable titles, the bang for your buck is pretty high. The relative quality of the emulation and flexibility to use wired joysticks or paddles is a positive as well. 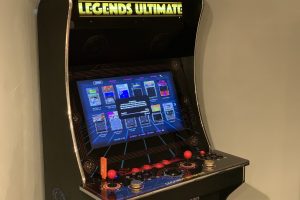 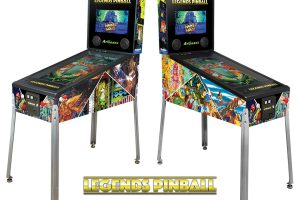 AtGames®, a leader in interactive entertainment products, today announced that it will release a new commercial edition of its popular 80%-scale Legends Pinball™ digital home machine (https://www.atgames.net/arcades) at the IAAPA Expo (https://www.iaapa.org/) on November 16 - 19, 2021, in Orlando, Florida. Multiple live demo units will be at the AtGames booth #626, along with raffles and other prize giveaways. 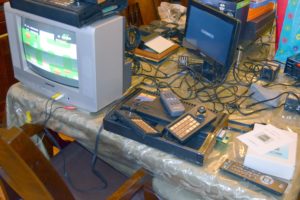 Here are some quick photos of recent multi-platform homebrews I’ve been[...]