After having some interesting discussions on the forums on AtariAge, I thought I would expand upon some of those thoughts in a brief editorial here on Armchair Arcade.

In discussing the current state of the videogame industry, I was struck by perhaps the most interesting historical point about the current big three of Nintendo, Sony, and Microsoft. They’ve been the same three mainstream competitors in this space since November 15, 2001, or, as of this writing, 15 years, 3 months, 6 days. That’s pretty impressive considering what happened prior in the videogame and adjacent computer industries.

While someone tried to bring up the idea that there were typically three competitors in past generations, that simply wasn’t the case prior to this particular trio. Almost all of those previous eras had many more than three active competitors, although we can certainly argue the finer points of how many of those were truly serious competitors. Things really only moved into a stable trio once and for all (at least for the foreseeable future) after Sega officially discontinued the Dreamcast on March 31, 2001, and transitioned to being solely a third party software publisher. That’s also when the idea of a worldwide territory really took hold, i.e., there was wide availability in most countries for all consoles, with relatively little difference in support in each of the territories. This is of course acknowledging that Microsoft has had a very tough road indeed in Japan with that country’s relative electronics xenophobia, but they’ve nevertheless done a reasonable job in terms of software parity despite the relative disinterest there.

There was also a discussion point brought up about which of the big three was closest to making a Sega-like industry exit. I don’t think any of the three are close, although Nintendo is arguably the closest, with the most to gain by becoming strictly a third party software developer and publisher. With that said, it’s still not all that close, despite what happened with the Wii U, and particularly since pre-order and overall enthusiasm for the Switch seems promising. It’s also important not to underestimate Nintendo’s entry into the online subscription space.

Beyond the usual hardware and software royalties, receiving regular subscription revenue has been a revelation for Microsoft and Sony, and no doubt soon for Nintendo. That’s not to be taken lightly, as that’s the kind of consistent, predictable revenue that shareholders love. As long as the Switch sells enough, there’s no reason that all three current companies won’t last another 5 – 10 years (it’s hard to predict much beyond that) as-is in this space, and that’s even before we factor in further “innovations” like Pro models and other generation extending maneuvers. As long as there’s not a mobile-like (smartphone) disruptor in the console space like what happened to gaming handhelds, these consoles should continue to play an active role in the living room for some time.

There was also an idea presented about who might be the next to enter the console space, including names like Apple, Google, and Amazon. I just don’t think it’s a worthwhile market for any other company to target at this point, at least until one more, and probably two more, of the three key players stumbles and there’s an opening. Between the three console makers and PC gaming, there’s just no other proven audience to target for this kind of stuff. At best, I think we’ll get more formal gaming tie-ins from Apple (perhaps with an official controller that supports Apple TV, iPhone, and iPad), but even then that’s unlikely to expand beyond the typical types of casual gaming that “other” devices specialize in.

Streaming is always an x-factor, but we’re still a ways off from that being practical for everyone, particularly due to the poor Internet quality we have in the US. And then, assuming it did take off, it’s really just another way to play PC games, which doesn’t necessarily get us much, and still wouldn’t necessarily drag away a significant number of console gamers.

Yes, Nintendo’s 3DS series did well in spite of the rise of smartphones, and, to a lesser degree, tablets, but a clear decline is still a clear decline, and it’s directly attributable to the rise of those two device categories. And, despite its success, the 3DS series is still the worst selling of all Nintendo handhelds. When all is said and done, it will probably fall about 5 – 10 million units short of the next worst selling, the GBA series, which sold about 81.51 million units; again, great, but still a decline.

Interestingly, despite occasional historical ignorance presented as fact, Sony’s PSP was a success and the only true challenger to Nintendo’s dominance in the gaming handheld space all these years. In fact, the PSP sold more than Nintendo’s GBA series for what it’s worth, and yes, that means more than the 3DS series, so you can’t call one a success and the other a failure. That’s why, Sony being who they are, a preeminent name in videogames, and the lead-in being the PSP, the Vita’s poor sales (just a bit under what the Wii U has sold) had a lot to do with the shrinking mainstream market for a dedicated gaming handheld.

For those who countered me about the state of the gaming handheld industry, despite the clear decline in numbers, they bring up the fact that the 3DS has outsold the PS4 and Xbox One to date. I never quite understood that line that’s been thrown out by more than just forum commenters. The 3DS has been out six years already, and it hasn’t and won’t sell more than the Xbox 360, PS3, or Wii. As it’s tracking now, the PS4 is on pace to blow past 3DS sales in less time. So, comparing it to the two console generations it sold in, while doing enviably well, it was never the best selling system, despite being the least expensive. With that said, there’s no better evidence than Nintendo’s own Switch. If Nintendo truly believed there was still a market for dedicated gaming handhelds, the Switch would not be designed the way it is, which I’ve discussed at length in the past.

Tags: MicrosoftNintendoPS4sonyswitchXbox One
No Comments
5 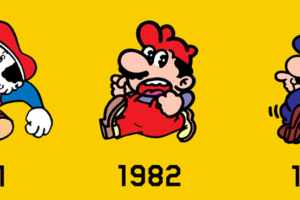 Infographic – Making Mario: The Creation and Evolution of Mario

What follows is a rather nice infographic for Nintendo’s iconic Mario,[...] 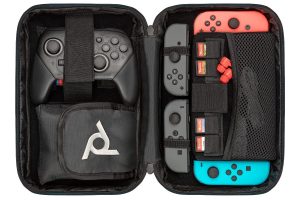 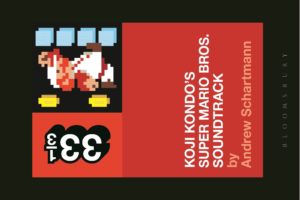