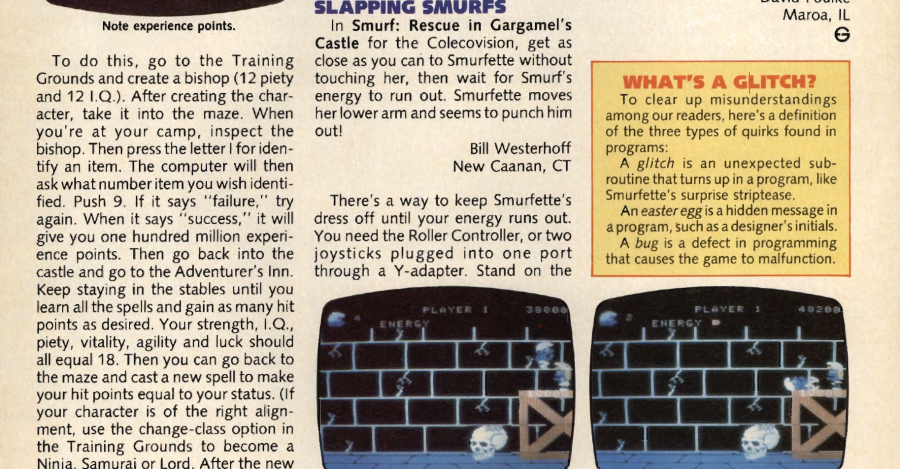 Now that Easter Sunday and Easter Monday are behind us, it seems like the perfect time to take a look at some memorable video game Easter eggs. Ever since the popularization of the video game Easter egg by Warren Robinett with Adventure starting in 1980, creators and players alike have had a fascination with the concept, which refers to hidden content and inside jokes within games-–evoking feelings of traditional Easter egg hunts. For developers, Easter eggs provide them with an opportunity to stamp their personal mark on a title they have likely slaved away on for a number of months or years, while players, as you would expect, enjoy the thrill of the hunt.

What started out as Robinett’s hidden credits room in Atari 2600 game Adventure (earlier efforts have mostly gone unnoticed) has now evolved into a fully-fledged concept, made up in some cases of pop culture references, mini-games, or complex inside jokes.

Metal Gear creator Hideo Kojima has a well-earned reputation for “thinking outside the box”; his creativity has not only been lauded for his work on the hugely popular stealth series, but also for the extra touches that he has put into the majority of his works. In the original Metal Gear Solid, for instance, players are able to capture photographs of ghosts in various locations. These ghosts are actually all members of the title’s developmental team stylized as supernatural entities.

Perhaps most memorable of all MGS Easter eggs, however, was Metal Gear Solid 3: Snake Eater’s jungle boss fight with ancient sniper The End. As he’s a master in evasion and camouflage, the battle proved particularly challenging to players. However, thanks to the genius of Kojima, he was actually a lot easier to defeat than initially believed: if players saved their game in the midst of fighting the boss, then waited over a week (or set their PS2 clock forward) before playing again, The End would have passed away from old age, granting them an instant victory.

Poker has been a popular go-to mini-game Easter egg for gaming developers over the past several years. Whether it’s because it’s an enduringly popular game (even more so after the poker boom of 2003), or because it provides a deeper insight into characters’ personalities, the casino game has been realized as parts of numerous titles, including Red Dead Redemption, Dead or Alive: Xtreme Beach Volleyball, and The Witcher series.

One of its most notable inclusions as an Easter egg, however, was as a relatively hidden mini-game in Ubisoft’s open-world shooter Far Cry 3. Protagonist Jason was able to participate in four different difficulty levels of Texas Hold’em after reaching a certain point in the campaign, with the options to play for free or money both being available. As kasyno bez depozytu, Texas Hold’em poker is a relatively easy game to learn and follow, making it the ideal candidate for a video game Easter egg mini-game.

Grand Theft Auto creator Rockstar Games is another company that has a long association with in-game Easter eggs. Seminal PS2 title Grand Theft Auto III featured a number of tongue-in-cheek secret messages from the developer in areas of the open-world map that were intended as being unreachable by players, such as “You weren’t supposed to be able to get here, you know.” Later, Grand Theft Auto: San Andreas, GTA 4, and GTA 5 all played home to a plethora of Easter eggs and pop culture references.

Perhaps Rockstar’s most notable, and appropriate, Easter egg of all, though, came in their 2002 release of Grand Theft Auto: Vice City. Alongside a hidden apartment modeled after the infamous bloody Sun Ray Motel from the hit crime film Scarface, players could also access a hidden room in a skyscraper where they were greeted with the ultimate reward: a literal chocolate Easter egg sitting on a pedestal.

So, in between devouring all of that chocolate from Easter, perhaps you’ll take a few moments to revisit some of gaming’s most memorable Easter eggs?