There’s a belief out there that “good games are always good games.” You might even call it a mantra. While this may sound surprising coming from someone like me, I don’t necessarily agree.

Sometimes what was great in the past “ages out” when we get used to a better, different, or simply other way of doing things. I think it’s usually easier for action-style games to stay relevant and playable, but harder for games like RPGs. At least that’s been my experience, particularly in recent times.

A counter to this idea is that they wonder if maybe the game wasn’t that good in the first place if it’s not good today. I don’t agree with the “wonder” premise. Some things are just of their time, period. If they were great in and of their time, but are not enjoyable anymore, I don’t think that diminishes their greatness. That’s more an argument of timelessness vs greatness. Some things, like action games, are by their nature, more conducive to being timeless.

This is not a strictly videogame phenomena either. The same thing applies, for instance, to a lot of the movies we’d watch multiple times as kids. Tastes change and evolve, and media of their time don’t always come with us. I know a few years back when I watched the original Star Wars trilogy with my kids – something I watched myself countless times around their ages and loved – it was a bit hard to get through. Those were amazing films in their time, but pacing and special effects have really changed in the 30 years since they were released. Acknowledging that doesn’t make those films any less than they were, though. That’s kind of like saying Ultima IV: Quest of the Avatar was never a great game because it’s so difficult to get into today. In the context of its time, it was amazing and was for a long, long time after its release. Not everything has a “forever” shelf life.

In response to that I’ve heard the argument about why should a game or movie be compared to the time it was made rather than stand alone for what it is? Certainly a particular media creation can stand alone and be judged for what it is, but then that goes back to the earlier argument about if something doesn’t hold up, maybe it was never great in the first place. Again, I don’t agree with that. I’m suggesting that we need to acknowledge that sometimes greatness has a shelf life or needs to be considered in the context of its time.

Going back to the Ultima IV example, I think we can unequivocally acknowledge its greatness, importance, influence, etc., while acknowledging that it’s going to be a heck of a lot harder to enjoy it today. Even going back to my action game argument, let’s take something like the Atari 2600’s Pitfall!. That’s a timeless game to be sure, but is it really as much fun today as it was back in the early 1980s? Probably not. We’ve changed and certainly today’s gamers (and those of us who have been around forever) have different expectations. That doesn’t – or at least shouldn’t – diminish its greatness. Of course, like our ongoing series on casino technology here at Armchair Arcade, e.g., the best online casino games, some experiences probably are timeless regardless, but it helps when they’re given a fresh new look and feel to cater to modern tastes. 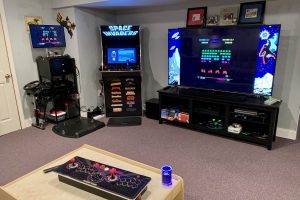 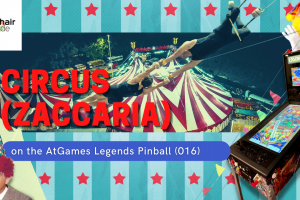