Some of the worst games out there were based on movies. Just look at the Nintendo Entertainment System’s library and see blunder after unfortunate blunder on one of the most beloved systems to date: Back to the Future, The Karate Kid, Jaws, Who Framed Roger Rabbit… The list goes on and on and even many current titles that are born from the big screen fail to capture the same imagination and fun that was created with their movie counterparts.

But we’re feeling a little generous today and want to give a few titles a second chance. After all, if Friday the 13th and Spider-Man can be successfully released nowadays, what’s stopping any of the other movie flops from the past? So, without further ado, we start this story of redemption in the green scenery of Sherwood Forest.

Although it’s been seven years since the most recent Robin Hood movie and the next film isn’t set to release until 2018, we think it’s time to give the merry men another shot to steal our hearts. Open-world, action adventure games are all the rage right now and there’s so many possibilities with this franchise that it would be a shame not to explore a video game adaptation. The title could easily be a mix between Thief and Skyrim where the player would have to complete various missions using only their wits, reflexes, and bow. The more missions completed, the more your prestige grows with various big bosses looking to make more than a couple handfuls of extra coin and the more you’re able to give back to the poor. Archery challenges could be littered throughout the game and recruiting the merry men one by one would be key in finally taking on the game’s final boss. If nothing else, developers could at least try to make a Payday clone where you can team up with a squad of people to steal money from the rich as they ride through the forest. Throw in the humor from Robin Hood: Men in Tights and I think we’ve got a winner on our hands.

With the franchise’s last iteration showing in 2015 and rumors that Arnold Schwarzenegger will again team up with original director James Cameron, it’s as good a time as any to actually let the big guy come back. Although The Terminator has already been added to the myriad casino games out there alongside fellow film classic Jurassic Park at Bitcasino.io, why not bring the robot back for the rest of us playing consoles? For this title we thought it might be best to stick to the retro roots and leave it as a top-down shooter. It would then be up to the player to manoeuvre protagonist Kyle Reese through futuristic levels filled with Skynet’s terminators. Throw in a dark, synthy soundtrack from game composer Disasterpeace and make sure the aesthetics match and you’ve got yourself the perfect Terminator throwback title.

Okay, so Jaws is a franchise that’s been quiet for 30 years now. But you know what’s been making plenty of noise in its absence? Virtual Reality (VR) gaming. And there’s been plenty of developers trying to cash in on the concept of swimming with and fighting these great white menaces. The only problem is that most of them just are just missing that spark, that unique trait that makes them great. VR Shark, for example, has a 3.6 out of 5 rating on the Google Play Store. If you put players in the recognizable Orca from the movie and surround them with the characters they grew to love, we think the storyline mixed with the nostalgia would be enough to please anybody. This title would most likely work best as a single-player experience in the same vein as Alien: Isolation – a game meant to scare the hell out of you while keeping you helplessly hooked. And if the developers take any cues from the original movie, it might be best to add in a way to upgrade the ship as it’s always a good idea to have access to a bigger boat.

That’s our list, but what did we leave out? There’s a huge selection to choose from and we’d like to hear what everyone out there has to say so be sure to leave your comments below. 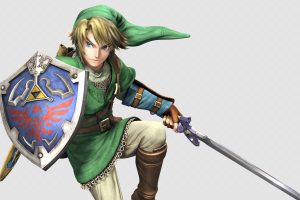 Link from The Legend of Zelda

Infographic: 16 Facts About Nintendo’s The Legend of Zelda

What follows are 16 facts about The Legend of Zelda[...] 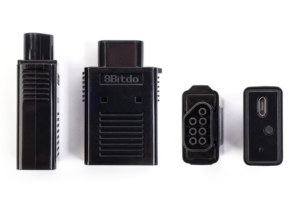 The 8BitDo wireless adapter is now available for purchase from Play-Asia,[...] 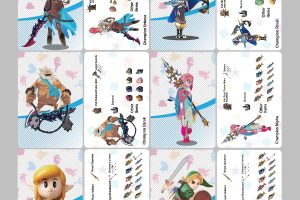