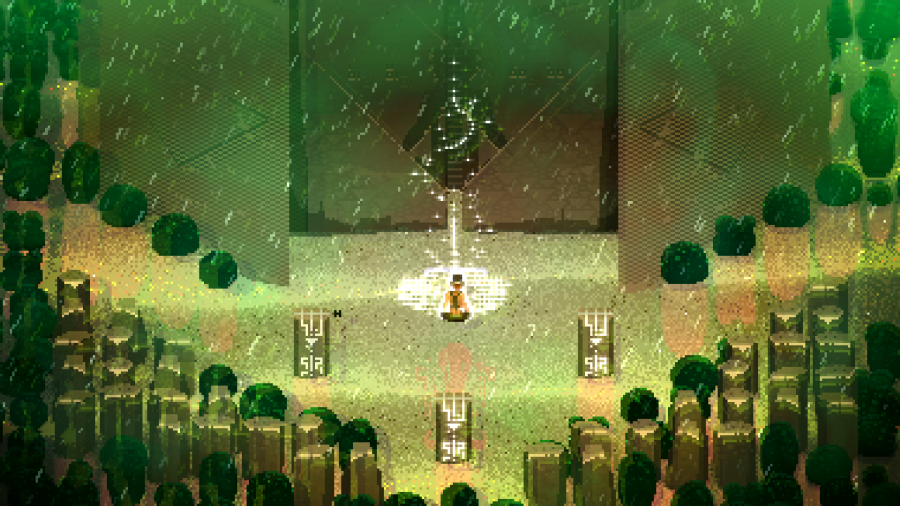 Songbringer is a scifi action RPG with swords, secrets, dungeons, bosses and stuff.

You play the role of protagonist and accidental hero, Roq Epimetheos. With a propensity for partying and making music, he cruises the galaxy with his skybot Jib aboard the ship Songbringer, searching for verdant planets absent the presence of galactic police.

When Roq finds the nanosword hidden in a cave on Ekzerra, he unwittingly awakens an ancient evil. The sword is pretty fraggin’ sweet though. It… hums.

Jib began life as a human boy on the skycity planet Yuerder. Growing up, he took an interest in programming artificial intelligence, eventually making a career for himself. On his deathbed, he illegally transferred his consciousness into a skybot, destroying the consciousness link thereby preventing overwrite.

Jib scans the bodies of your fallen foes, sometimes uncovering valuable loot. He can also gain the ability to stun foes. Jib is automatically controlled by AI, or player two can play Jib in local co-op mode.

Lacking the ability to grow one as a human, Jib is obsessed with mustaches.

You choose a 6-letter world seed when beginning a quest. This seed is used to procedurally generate the planet, overworld, secrets and dungeons.

Entering the same world seed will always generate the same world, no matter which platform you are playing on. Thus, lore and competition can be shared with others.

Play a new seed and surprise yourself with a new world. Or enter a seed you are familiar with for a speed run.

The generated overworld is open and non-linear. Head in any compass direction you like or play dungeons out of order. You aren’t even required to pick up the sword.

Of the nine dungeons Roq and Jib can uncover in each world:

Secrets of the Cacti

Everywhere one looks, there is much that is not seen. Concealed treasures abound. By eating cacti, Roq gains psychedelic powers and is able to perceive the secrets that lurk in plain sight.

Some items Roq discovers can be combined to create distinct artifacts. Find a blink orb and a fire cube? Take these to the droidsmith aboard Songbringer to craft a fire orb enabling Roq to teleport forward a few steps while turning into a fireball.

Songbringer features no experience points (no XP). Progress is made by crushing mobs, vanquishing bosses and claiming lost technological devices.

On completing a quest, several factors are quantified to produce an overall score:

Your score can be saved to a global leaderboard sorted by world seed. This leaderboard cycles through seeds by popularity and freshness. You can manually override to view a particular seed. 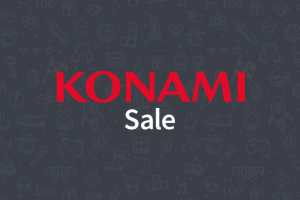 The Konami Sale also just launched in the Humble Store on Thursday,[...] 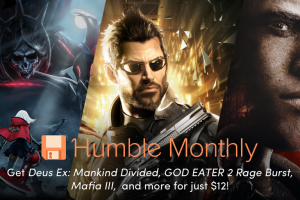 The Humble Monthly for March unlocked on Friday, March 2[...] 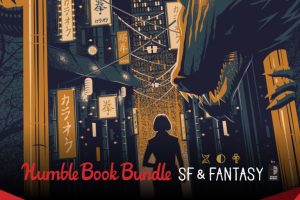 Pay what you want for The Humble Book Bundle: SF & Fantasy by Angry Robot Books

Pay what you want for The Humble Book Bundle: SF & Fantasy by Angry Robot Books