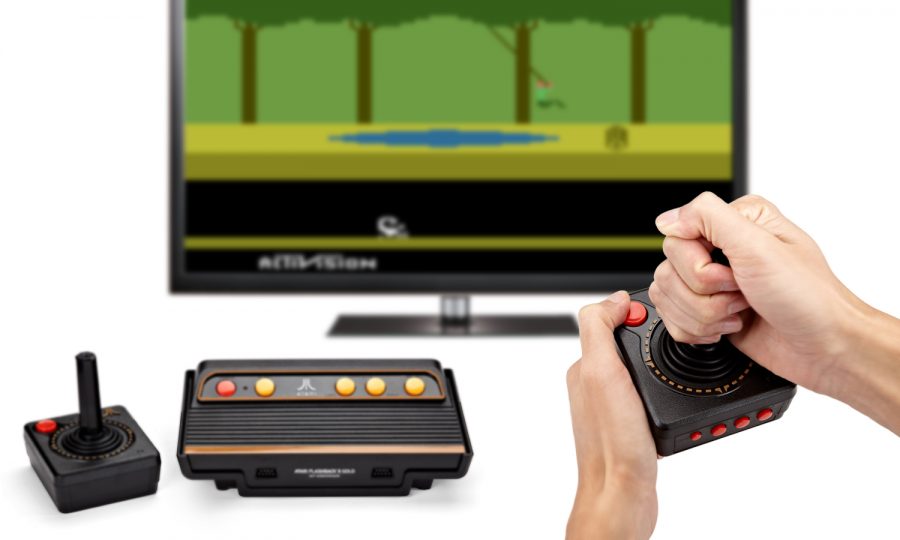 After more than a decade of Atari Flashback releases, we finally have a true next generation hardware update with the Atari Flashback 8 Gold, which will be available at retailers everywhere by the middle of November (Amazon, AtGames Flashback Zone). Two of the most important upgrades are true high definition 720p output optimized for today’s TVs and proper 2.4Ghz wireless controllers that no longer require line of sight with the console to work. As you’ll read a bit later on, though, the feature-list doesn’t end there.

A few months back, AtGames released early review units that had some minor, but annoying performance issues. Fortunately, AtGames has used the time since to tweak overall performance and revamp the user interface. The original list of 120 games, which includes Activision favorites like Pitfall!, remains the same.

In the box you get the console, two wireless controllers, AC power adapter, HDMI cable, and a folded poster that doubles as the instruction manual. The console has its HDMI port on the left side, AC power port on the right rear, and two wired controller ports on the front for either joysticks or paddles, each of which is sold separately by AtGames. You can also of course use original wired joysticks or paddles.

The joystick is modeled after the originals, although the action on the stick is considerably looser. This is not necessarily a bad thing, as it’s more friendly to what we’re used to these days than what we had in the past, which was much stiffer. On the player one joystick, there’s RESET, SELECT, START, and REPLAY buttons. The player two joystick is just a regular single button wireless controller. The required two AAA batteries for each controller are not included.

In addition to what I’ve already discussed, the Atari Flashback 8 Gold has several other notable features:

Here are some sample gameplay videos from various built-in games:

As you can tell from the videos, there are no real performance or other issues. Everything looks and sounds great, with only relatively minor differences from how the games play on the original console. When played in person, there is no noticeable lag from either the HDMI connection or from the wireless controllers.

Finally, as a nice addition to this excellent hardware release, I had the pleasure to work on an official paperback book for Prima Games called, Atari Flashback: The Essential Companion. While it contains plenty of information on the latest AtGames Atari Flashback products, it’s actually a great general Atari 2600 resource as well, acting as a type of missing manual for over 65 Atari games. Of course, there is a lot more to this highly visual book, including Tips & Tricks and Fun Facts. It’s priced at just $19.99, which includes a mobile-friendly eGuide version for a second-screen experience.

Summary:
AtGames brings a large selection of plug and play Atari 2600 games into the modern era with impressive results. 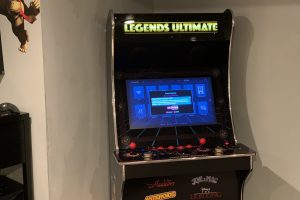 The weekly firmware update for the AtGames Legends Ultimate full-size[...] 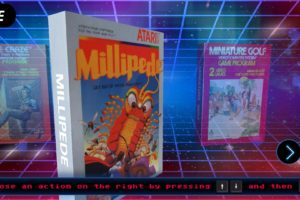 Companies broaden partnership with an expanded offering of classic Atari[...] 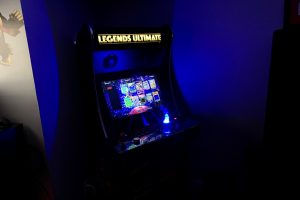 The weekly firmware release for the full-size AtGames Legends Ultimate[...]