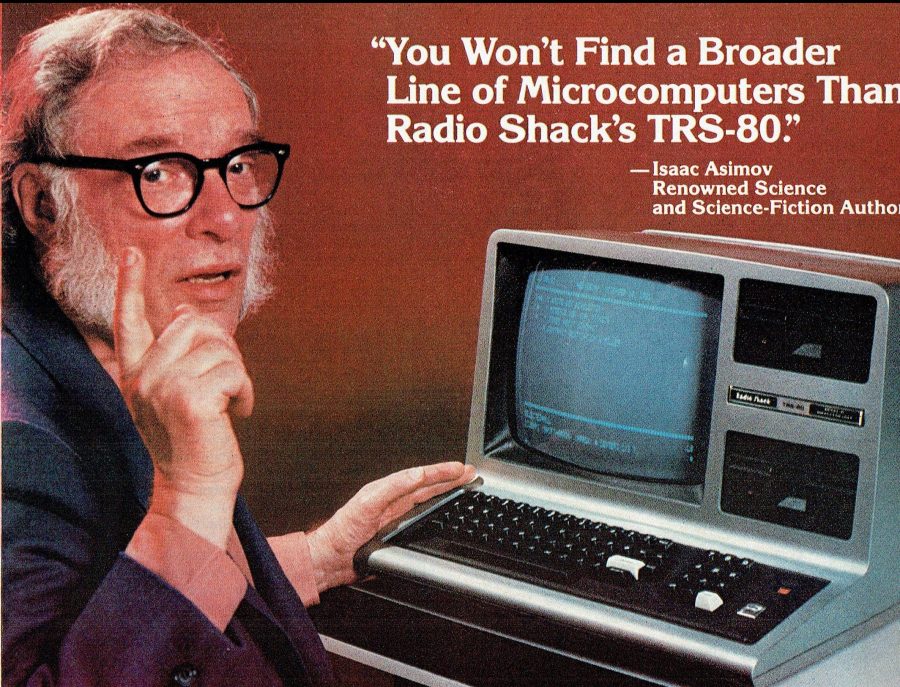 I’ll try to keep the story relatively short and maybe sweet, but first off I want to thank Jay Newirth. He drove from Maryland to New Jersey with parts in tow to fix my issue. Jay has his own online store, newSOFT, with tons of systems and parts for the TRS-80 line, so definitely check it out here if you need anything from new case badges to mounting hardware and motherboards. He’s a class act.

So, basically, I decided I wanted a TRS-80 Model 4 with black and white monitor to complete My Collection 2.0, which, instead of featuring many hundreds of different systems, now features a small, curated selection of systems that matters most to me. After a series of interactions with some great people, I ended up with a TRS-80 Model 4 that inadvertently had a memory problem when given to me. Fortunately, I was able to get two sets of 64K RAM chips from Ian Mavric, along with various other items, including his FreHD board, disks, and a hi-res board. These joined a M3SE that I previously purchased.

Support and understanding over a period of a month or so from all parties involved was outstanding and it got me to what should have been a near-perfect setup. There was a hiccup, though, in that I inadvertently broke pin 1 off of the needed U72 GAL chip, which enables the system to utilize the full 128K. Shockingly, given my limited skillset and clumsy hands, I was able to solder a new pin 1 on and it actually worked once installed.

Now, here comes the crazy part, which, after posting about it in the TRS-80 Model 1-4/4P group on Facebook, is apparently not too unusual–I broke the back of the monitor putting the top half of the case back on. I describe what happened in this super casual video I sent to Jay so he knew what needed to be fixed:

Needless to say, I was crushed. Fortunately, Jay was recommended to me and offered to come over and help me fix it since I lacked the skills to do it myself. Obviously, it can both be potentially dangerous to work on a CRT monitor and also tricky. It was the latter part in particular I was concerned about as it’s possible to break even more stuff, which was the last thing I wanted after investing all the money and time already.

Note that what follows is just the handful of photos I took along the way. It’s roughly chronological, but definitely not comprehensive, as documenting stuff was not the priority.

As you can see in that last photo, I thought I was done with ever having to go back inside again. With his success, Jay left.

About 10 – 15 minutes later, Jay came back, and mentioned he forgot to secure the CRT in place. No problem. He went the extra mile and made sure the CRT was secured in place and was on his way again.

After hooking everything up and thinking I was done, I noticed that none of the hi-res games would load. Something was wrong with the hi-res board. Oh no, not again! And here I thought I wouldn’t have to open up the case ever again, risking damaging another CRT.

So, I lifted the case up (fortunately, we decided screws weren’t necessary) and finally troubleshot the problem to the wire running from the hi-res board to IC U13 pin 2, which was cut off. Unfortunately, it’s a tight fit back there and all too easy to inadvertently cut that wire clean off when putting the case back on, which is what happened when Jay did it (not his fault, obviously).

Fortunately, I was able to strip the end of the wire and figure out how to get it back on the clip and got it to a tested working state. Unfortunately, when I put the case back on I kept knocking the hacked wire out again. After some electrical tape and keeping the wire down, as well as miraculously not damaging this new monitor, I finally got both the case on and maintained a working hi-res board connection. So, hopefully, now I really will never have to go in there again!

So, I have a pretty complete Model 4. It’s the Non Gate Array model with black and white monitor, 128K of RAM, hi-res board, two 5.25″ disk drives (the second drive is a bit iffy with read/write consistency, but oh well), an M3SE, a FreHD, and an external speaker. That’s about as good as it gets with this system.

I guess the lesson here as always is you have to be pretty committed and have some good friends and associates at the ready to succeed with actively using vintage computers. Be safe out there and have fun! 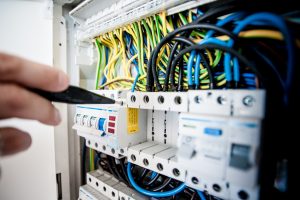 5 Ways to Maintain The Electrical Systems of Your Computer Equipment

5 Ways to Maintain The Electrical Systems of Your Computer Equipment

Just about everyone loves working with a computer. Unfortunately, these[...] 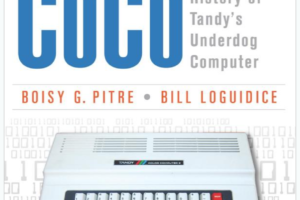 35 Reviews for CoCo: The Colorful History of Tandy’s Underdog Computer!

The 35th Amazon.com review for one of our recent books,[...]