AI technology has been making strides at a rapid pace with every passing day. AI isn’t merely an idea anymore, some fanciful, futuristic thing that will always be out of reach, it is all around us, we use it every day.

AI is used in the financial sector, cyber security, medicine, e-commerce, manufacturing, and of course, gaming. It is able to make medicine, protect your money, drive your car, or allows your fridge to tell you you’re low on milk.

Currently, AI is being heavily used in the gaming, medicine, and security fields. With regards to medicine, it is able to detect small microbes, analyse them, and then use the information to create medicine that is made for individuals and their individual needs.

In cyber security, AI is the driving force behind preventing hacks, constantly learning new algorithms to adapt to the world and technology around it, and therefore further increasing its security power.

The gaming world has always been aware of AI, and has also experienced it for years. Whether it’s the random NPCs that talk to you in your favorite RPG, or the Boss fight at the end of any number of games.

It’s not just video games that use AI either. The casino industry has also adopted AI to stop one of their biggest problems, cheating. You can read here about how AI is currently impacting the casino world and what it will do for the industry in the future.

As mentioned above, AI has always been a major part of video games. Every time you were playing a game against “the computer”, or interacted with a character you had no control over, that was the AI working.

This can be seen as early as the first Pong game. That was AI, that was a machine that was taught how to play the game, taught the rules, and was then able to play by itself against any and every opponent, without any outside interference.

Nowadays, AI is absolutely everywhere in video games. It controls characters in game, outcomes, rewards, and everything in between. A game without AI would just be the player running around doing nothing besides interacting with the environment.

AI is also used to make the game harder, easier, or change the story for the player, depending on what decisions and actions they choose. This not only makes the game more enjoyable, but also makes it incredibly replayable and almost new every time you start a game.

Besides what we already know about AI, and how we currently interact with it in games, designers are taking AI to the next level and developing ways to allow gamers to make their own games.

Developing games can be watered down to simply creating a world, programming character abilities and skills, adding weapons or tools that work, opponents, and a difficulty level. Yes, it is definitely not as simple as that, but it is the basic premise of most games.

What developers are doing are allowing an AI to “watch” hundreds and hundreds of hours of people playing games such as Super Mario or Mega Man. This then teaches the AI how the game is played, what limitations there, and what levels should look like.

The AI then makes guesses, it guesses what the rules are, how you would attempt and succeed at certain challenges, and how to travel through the level. It will then either confirm or adjust these guesses by watching the videos again.

Once the AI has established the rules of the game, it is able to make a level that fits into the parameters that it has set. It doesn’t make a game in the sense that we know it, but it makes a graph, almost like a recipe, that can then all be put together to develop a game.

These developers have made it clear that this technology in no way is meant to replace designers, because at the moment, the AI can’t make a full on, in-depth sandbox game such as GTA or Red Dead Redemption.

The point of the technology is to allow players to begin their journey into game creation. Games such as Super Mario Maker already allow players to make their own levels, but this is obviously limited because you can only use what is available in game.

Currently, you need quite a lot of coding experience to develop and design games, this technology removes that skill gap and gives people the opportunity to step into the world of game design, and then build their skills as they gain more and more experience.

The next step would allow players to create frames that contain what they want their game to look like, and how they want it to play. The AI will then read this information, provide feedback, you respond, and this back and forth leads to new levels or missions for your game.

This kind of tech still needs a few years of design and improvement before it can be rolled out, but the fact that it exists at the moment is incredibly exciting for the future of the gaming industry. 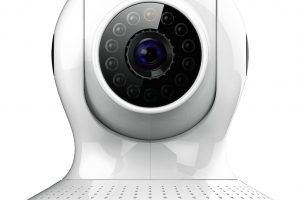 The Forestfish Wireless Internet Protocol (IP) Camera has a wide[...] 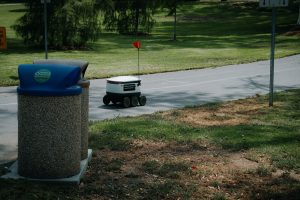 AI Tools For Improving And Scaling Your Business

AI Tools For Improving And Scaling Your Business

Read along as we enumerate some of the top-priority AI tools to update, grow, and elevate your business today. 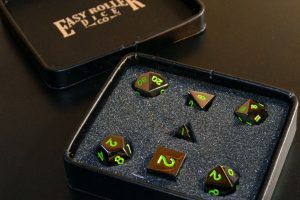 There’s simply no denying that our favorite type of gaming[...]