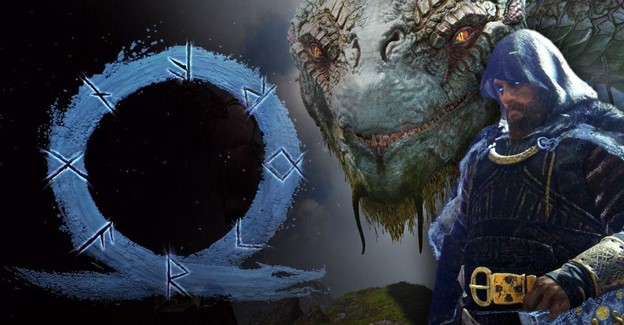 2020 prompted a spike in the popularity of video games and introduced several incredible new titles. Seeing as the lockdown is still in place, 2021 promises to be very similar for the gaming industry. Whether you prefer playing on PC and consoles, mobile, or in online casinos, check out this list of the most promising games set to be released this year.

If you are a fan of video games, chances are you have played or at least heard of the previous God of War. The game was a success, so there is nothing surprising about the developers’ decision to create a sequel. Some may say God of War: Ragnarok is overhyped and cannot possibly live up to the expectation. But, the thing is, given the game’s premise – dealing with the approaching end time – and its visual excellence, it looks like it actually could. One thing, though: if you want to enjoy Ragnarok, you might want to update your console and get a PS5.

Have you played anything from the Left 4 Dead series? If not, do yourself a favor and give it a chance right now – you will not be disappointed. Back 4 Blood is set to be released in June, so you will have plenty of time to catch up. Like its predecessors, Back 4 Blood is a multiplayer survival horror, which means that you can play video games while socializing. It will be available for PC and all popular consoles.

Wonder how Gotham’s army (Batgirl, Robin, and the co) is going to deal with the mess left after Batman’s death? Then look into Gotham Knights. In this role-playing action, you will get to be any of Batman’s former partners and save the city once again. By the way, no spoilers, but let’s just say Gotham’s corrupt authorities and the mob are not the only threats you will face. Gotham Knights will be released for PC, Xbox, and PlayStation (both 4 and 5).

If you are more into placing bets than playing for the sheer fun of it, no problem – there are countless games to choose from on casino platforms nowadays. Here are the best slots to expect in 2021:

Stacked is an upcoming slot game by BetSoft. The developer may not be as famous as Microgaming or NetEnt but has already blessed gambling lovers with several hits, including Book of Darkness and Primal Hunt. Stacked promises to be just as good. Probably, the best thing about it is the theme – on-stage magic performed by skilled magicians. Keep in mind, though, Stacked in a 4-reel slot. So skip it if you are not a fan of those.

Red Tiger has actually released Dragon’s Luck Deluxe already. The slot premiered on February 18. If you have not tried it yet, you should. The theme of Dragon’s Luck Deluxe – ancient Chinese dragons – is as good as the gameplay and visuals. Besides, the slot has some great features to encourage betting, including Scatters and Multipliers.

Every 90’s kid has at least heard of the true legend that is Diablo. We all matured together with the series’ quality. Now, Diablo Immortal brings the game to smartphones so that players can enjoy it wherever they are. Otherwise, the gameplay of Diablo Immortal is pretty much the same as we remember from our childhoods. And just as addictive.

The previous game from the NieR series, NieR: Automata, won several awards, so it is safe to say that the expectations for NieR Re[in]carnation were high. It was released on February 18, and so far, the reviews are good. Critics have especially praised the combat system and narrative. NieR Re[in]carnation is a must-try for players who enjoy games heavy on storytelling.