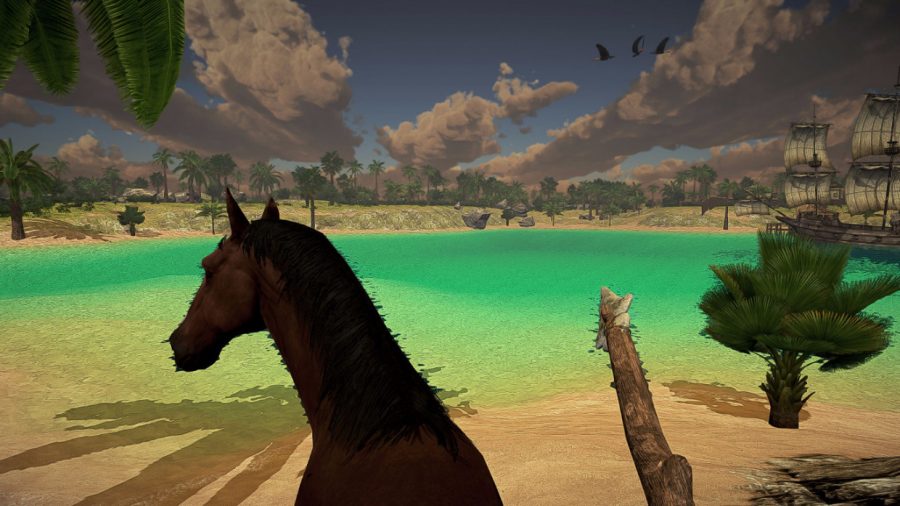 Have you ever wondered what it would be like to be stranded on a deserted island? How about what it would take to not only survive, but thrive? Castaway VR attempts to answer those questions.

In the game, you’re cast as Caleb, an academic working on research into utopias and primitive tribes. To better understand his research subject, Caleb decides to strand himself on an island. The problems and challenges soon mount, with both survival and eventual escape quickly becoming Caleb’s main goals.

Billed as a sandbox game, Castaway VR requires you, as Caleb, to mine raw materials, gather food and wood, cut trees, hunt animals and barbarians, swim, craft tools and weapons, build structures, ride horses, tame wolves, and more, all in the name of survival. In borrowing some of their ideas and concepts, the developers culled from some of the best source material out there. There are not only obvious nods and similarities to the Tom Hanks movie from 2000, Cast Away, but also to Mojang’s Minecraft (2011).

Because the game is so open-ended and relatively involved, it’s important to play the tutorial. Castaway VR can be played either seated or standing in a room-scale environment, and it makes full use of both Vive controllers. There are two basic movement types to choose from: Touchpad Move and Swing Arms Move. The former simulates running by rubbing your finger on the left touchpad, while the latter simulates running by moving your hands up and down in a pumping motion. Similarly, for most other actions, like gathering and production, you can also choose between more controller-centric actions or more motion-centric actions. Either way, you’ll be spending a lot of time working with radial menus and moving and manipulating various objects.

Visually, Castaway VR is nothing spectacular, but it does have a clean look, so it’s easy enough to tell what everything is. The environmental sounds, including that of the island’s wildlife, helps greatly with immersion.

If you don’t mind its high difficulty level and obtuse control schemes, Castaway VR‘s comprehensive set of challenges and activities can prove to be a deeply fulfilling interactive experience. This really is like a realistic version of Minecraft, set to a more natural and immediate survival motif. As you gather resources, build structures, hunt animals, and sometimes just barely survive through each day and night cycle, you’ll definitely gain a deeper appreciation for how hard it is to go back to a more primitive way of life. And if you just want to build structures with unlimited access to construction materials, there’s even a Creative Game Mode. While not the main point of the game, it’s a welcome addition to an already robust offering.

While some of the in-game descriptions are not written in the clearest English and it can be a real challenge at times manipulating some of the more complex objects like the bow and arrow, Castaway VR‘s lack of polish in spots can be somewhat forgiven considering its impressive scope. It’s a far more ambitious game than what we typically see developed for virtual reality.

Castaway VR is available on Viveport or with a Viveport Subscription. 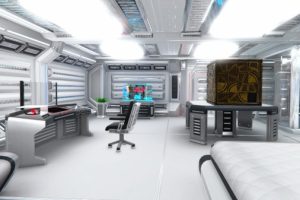 Solve a series of classic escape room puzzles aboard a futuristic space station.