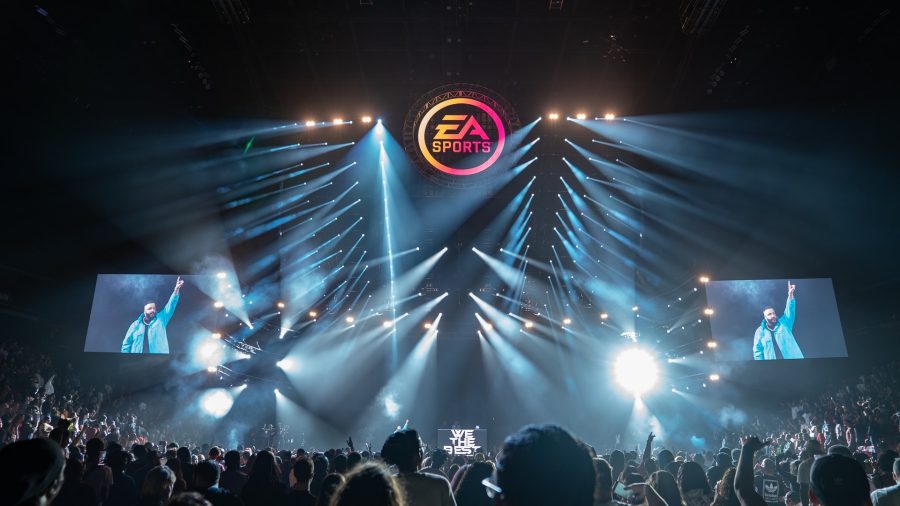 Okay, we’ve been through this, Esports is a HUGE, rapidly growing industry. An industry that was helped an incredible amount when Covid-19 hit. Of course the BIG LAN (offline) shows might have had to stop but the beauty of Esports is, there were still an infinite amount of online tournaments being held at the HIGHEST LEVEL of gaming, whether you’re a MOBA guy and you’re into Smite or League of Legends, whether you’re big shooter fan and you were binge watching Counter Strike or Call of Duty, or like me you’re a huge car football nerd and you watched as much Rocket League as you could physically squeeze into your eyeballs. Covid caused major sports to stop the world over, leaving broadcasters stuck to fill the gap that was left behind with something else.

Up steps Esports to save the day, no Premier League? No problem, the ePremier League took its spot. We had competitive FIFA on Sky Sports, both played by actual esports pros AND football pros representing their clubs. Now, it wasn’t necessarily well received by the older generations who didn’t know what they were watching, nor did they understand why people would want to watch other people playing games. Then there were the rest of us, who watched our Esports on Twitch the same way we always do, but the fact is something we’re all passionate about got BIG air time which potentially brings in new fans? That’s awesome to me!

So, in one of the biggest cities of them all, New York City, if you’re looking at getting into competing in Esports, or if you’re just looking into watching some top tier Esports, what are THE biggest games you will be looking at? Where can you go to get involved? WELL! One way you can get involved is with the collegiate scene. Collegiate Esports has been growing quite rapidly all across the states, with scholarships being available in some cases, stemming from Esports themselves. The City College of New York has an Esports club and SUNY Canton has a wide variety of Esports teams from Super Smash Brothers Ultimate to Call of Duty!

What about as a spectator? Well, when it comes to BIG events, it seems like New York does tend to stick to traditional sports, that isn’t to say they don’t host ANY big events though. So what huge events have they hosted in the past? Well, ESL One annually hosts a Counter Strike: Global Offensive tournament in New York. See the picture below. ESL One hasn’t had an event at the Barclays Centre since the back end of 2019, however it is looking somewhat likely to restart this year with the Louvre Agreement being extended with 14 teams featuring until at least 2025.

Counter Strike and League of Legends also had Intel Extreme Masters events, also run by ESL, in the past which were held at New York Comic-Con, in the Javits Centre. These haven’t been held there for a while unfortunately. Though live sports has returned to New York over the last 8-14 months, it seems as if Esports on the big stage has yet to return to the big apple. Though LANs have started to return around the world recently, we can only hope to grace the big stage in New York with the biggest names in Esports!

One way you can get involved with Esports, if you aren’t quite good enough or spectating isn’t enough, is by having a dabble, staking some cash or just playing a long for fun. In fact draftkings new york has betting lines for the main esports like League of Legends, which is pretty sweet, you get to use YOUR knowledge of games and Esports to try and make a quick buck and actually get involved by competing against other people, or in some cases, draftkings themselves, by picking what you think will be the highest performing fantasy lineup at some of the biggest Esports events in the world! I, for one, have been keen for them to get back into Rocket League, the link exists but there is never anything there, I feel like I could do very well there.

It seems a lot more sportsbooks these days have jumped on the Esports bandwagon, whether that was a move caused by Covid, similar to how I mentioned the major broadcaster picked up Esports, or whether that was something they all foresaw as being the next big thing with a younger generation, truly remains to be seen, however one thing is for sure, no matter what your favourite sportsbook may be for whatever reasons you have, you can be sure that, even if they aren’t currently offering lines on Esports, it will almost certainly be a thing in the future. The future is in Esports people!

And that’s going to do it for this one! Let’s get a discussion going with a few questions! What was the first Esports title you devoted any considerable play time to? Outside of playing, what Esports title have you spent the most time watching? If you had the skill and the choice to be a top tier Esports pro in any game, whether that’s because the pay is better, the prize money is better or it’s just your favourite, which game would it be? For me, My first Esports title was Call of Duty, specifically Modern Warfare. I’ve spent the most time watching Rocket League by far and if I was going to pick an Esport to go pro in it would either be DotA or CS:GO. DotA because of the hype and prize money surrounding The International and CS:GO purely because CS is one of the OG Esports right? ANYWAY! That’ll do it, we look forward to seeing your responses! Take care and stay safe folks! 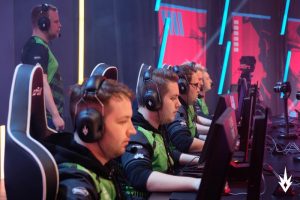 The Finnish side HAVU surprised many when they finished 3rd[...] 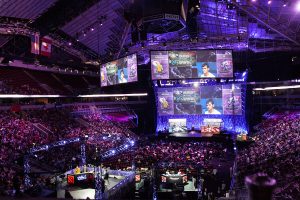 Although the world of eSports is still relatively new when[...]