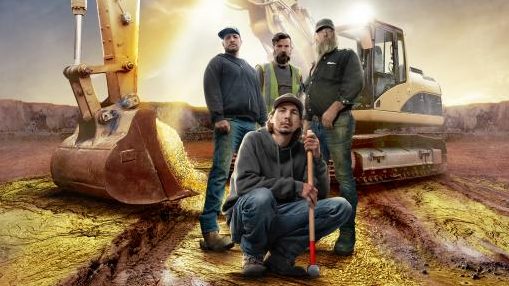 In the United States, Discovery Channel is one of the most widely disseminated subscription channels. It reaches millions of people across the world through its main channel in the United States and several owned or licensed television networks around the world.

It began with airing documentary television shows about science, technology, and history, though by the 2010s, it has evolved to include reality shows and pseudo-scientific diversion.

You can watch Discovery Channel on Spectrum Select Package with its channel lineup of 125+ channels as well as thousands of on-demand titles.

Following is a list of shows on the Discovery channel that you can stream right now.

Gold Rush is a Discovery Channel series that follows the hardworking gold miners who risk their lives in the hopes of striking it big.  The series covers the placer gold mining activities of many family-run mining firms, especially in the Yukon, Klondike region of Dawson City, Canada, and also in the state of Alaska, United States. The show’s previous seasons focused on mining endeavors in South and western North America, and the show is currently on its season 12. This is a relaxing series to watch while being educational at the same time.

On June 23, 2020, it was reported that Dirty Jobs: Rowe’d Trip, a spin-off, had wrapped production and will broadcast a month later the same year. Rowe stated that the spin-off occurred as a result of the COVID-19 pandemic, which hampered preparations to film series in the classic Dirty Jobs style.

“Rowe’d Trip” follows the original “Dirty Jobs” cast as they travel in a mini-RV and reminisce over their time on the show. They also share new stories about prior jobbers. Each episode has a distinct theme, with the journey concluding in a new location.

Street Outlaws is a reality television show broadcast in the United States. The show debuted on Discovery Channel in June of 2013. The series was revived for the thirteenth season, which began airing in April 2019.  Street Outlaws takes a look at unlawful car racing, challenging driving skills, and the fastest racing automobiles in Oklahoma. They fight against other local drivers for a spot in the top ten list, as well as other areas to see who has the fastest cars.

After the show’s revival years later, the audience says that it’s now more fascinating to watch, with a lot more than just corny jokes and outrageous actions.

Shark Week is a yearly, week-long television programming block hosted by Tom Golden on the Discovery Channel that focuses on sharks. The first episode of Shark Week aired in 1988. It was initially dedicated to wildlife conservation and addressing misunderstandings about sharks, and it was featured once a year, in July or early August. It gained in popularity over time and became a Discovery Channel hit.

It has been the longest-running cable tv programming show in history since 2010. Prepare for Shark Week this year while catching up on previous seasons.

For the last seven seasons, this Discovery Channel series has attracted a lot of attention making the host Bear Grylls a household name. The idea of each episode is that Grylls and his film team are stuck in a remote location. The episode follows his efforts to stay alive and find a route back to civilization, which typically necessitates the use of some sort of nighttime shelter. The terrain is primarily natural — jungles, woods, and other non-urban places. However, there are industry sectors in cities in special episodes. Grylls also discusses successful and unsuccessful survival attempts in the location he is in.

This is a fun and educational show that allows you to virtually travel across the world.

The world witnessed Neil Armstrong take a big leap for mankind on July 20, 1969, yet there is an untold narrative behind the famous photographs. A half-century later, Discovery Channel commemorated the Apollo 11 moon landing with Apollo: The Forgotten Films, a two-hour television special that chronicles the whole narrative of this most daring of missions.

The account of the Apollo 11 moon landing is presented through a never-before-seen film, exposing how such an army of scientists, astronauts, and engineers went to extraordinary lengths to accomplish America’s greatest technological triumph.

To wrap it all

We’ve all watched Discovery Channel at some point in our lives, and it’s true that it’s one of the most popular networks on the planet because of its unique programming. There are several benefits to watching Discovery Channel, and learners are always eager to watch it in order to learn about wildlife, history, and technological accomplishments taking place across the world.

If you’ve been watching the regular series and movies and want to watch something instructional yet engaging and exciting to stream, the shows described above in this post are a perfect choice for you to stream right away. 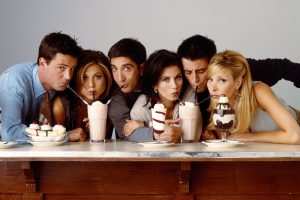 Some of the best TV shows about gambling or casinos have aired in the last several years.