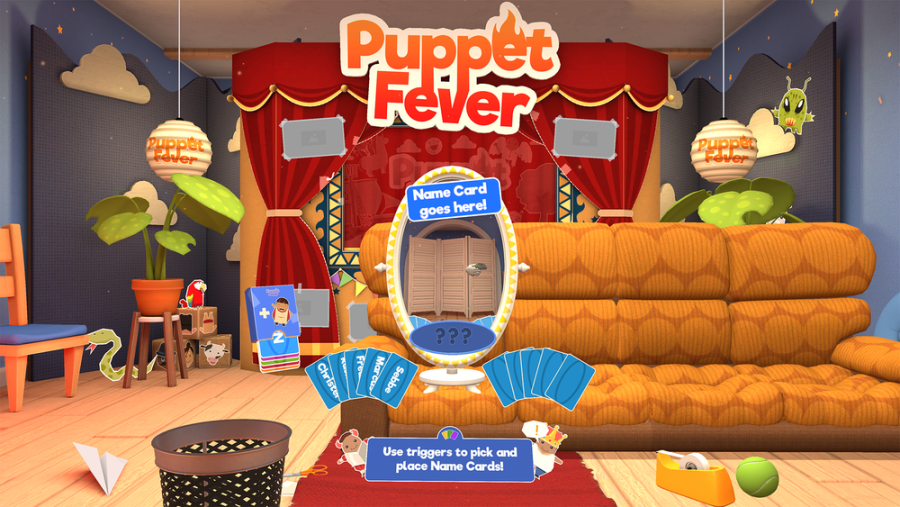 Charades, the classic multiplayer guessing game where a single person acts out, mimes, or otherwise tries to silently interpret each syllable of a word or entire phrase while the rest of the group guesses, has origins dating back to the 18th century. Although this still popular party parlor game and its many variations, which depend so much on live interaction, seem like a poor concept to base a virtual reality experience on, Puppet Fever comes at the problem with a clever solution.

Instead of directly acting out the charade, the player uses puppets and props as proxies, creating an ad hoc puppet show in the process. One simple example with the assigned phrase of “fight fire with fire” is to select an angry ball, light it on fire, then select an angry guy with a torch and light the torch on fire. Then, move the angry guy around like he’s fighting with the ball. In the time the puppeteer is doing all of this, the other players try to guess the correct phrase.

Puppet Fever can be played seated in any size room and makes use of both Vive controllers to select and control the puppets and props. If you’re playing local hot seat multiplayer, you’ll also need your computer’s primary display available to the other players. While local multiplayer supports up to three other players in addition to the puppeteer, there’s also built-in support for Mixer live streaming for those who want to play and interact with larger, remote groups. Of course, there are bots to play with if you ever find yourself alone, which is definitely serviceable, but is not really where this type of party game experience shines.

There are hundreds of English word cards to play, including tips on how you might act out the words or phrases. And if you happen to understand Swedish, the developers have included hundreds more phrases in their native language. There are also hundreds of puppets and props, ranging from humanoid characters and animals to set pieces like tables and mountains, so there is no shortage of content to play puppet master with. Of course, with such an excellent foundation in place, it would be great if the developers could release even more content in the future.

With all of the content and possibilities for puppeteering fun, the developers have also thoughtfully included additional options beyond the game proper. You can not only take photos and videos of your own dramatic puppet productions, but can also share them on social media. For creative types, this feature can justify the price of entry all by itself.

For all that Puppet Fever offers, perhaps its most impressive accomplishment is taking a classic real-world party game that relies so much on a visual connection between the actor and guessers, and making it seem like it was designed with virtual reality in mind in the first place. This is a unique, high-quality experience that truly showcases the amazing potential of virtual reality to successfully interpret even the most challenging concepts.

Puppet Fever is available on Viveport or with a Viveport Subscription. 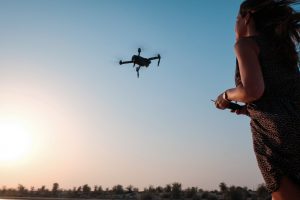 Simulation has been an integral part of flight training since before we had computers to do the job. The most famous example has to be the series of Link Trainers from the 1930s to 1950s. These mechanical simulators let pilots learn how to fly by instrumentation safely.