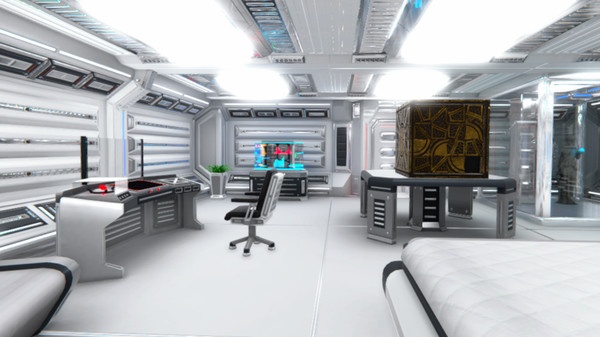 For the uninitiated, escape rooms are live action adventure games where a group of players solve a series of puzzles through a combination of strategy and simple trial-and-error. According to a recent article in USA TODAY, which referenced the Room Escape Artist blog database, there were only 22 escape rooms in the US in 2014. By the summer of 2017, the database estimates there were almost 2,000 escape room facilities. As you might expect, such a popular live action competitive game soon made its way over to videogames, with virtual reality the most natural fit for the concept. Space Panic VR (Room Escape) attempts to stand out in an increasingly crowded competitive landscape by making its puzzles literally out of this world, set aboard a space station in the not-too-distant future.

Space Panic VR (Room Escape) can be played either standing or seated in a room-scale environment. It makes use of both Vive controllers and three key actions: Teleport, Grab, and Use. Teleport is a way to quickly move about the space station. Grab allows you to take hold of an object and move it. And Use lets you utilize one object with another. There’s also simple inventory management via an item belt if you need access to more than two objects.

Visually, the game is bright and clean, with well-modeled graphics when set to the game’s higher quality settings. Unfortunately, if you don’t or can’t set the game to one of its highest graphical quality settings, it can be difficult to have enough visual clarity to solve some of the puzzles. This is an important limitation to keep in mind if your particular computer is on the lower end of the recommended specifications.

Environmental and object audio sounds suitably realistic. While there’s no background music, there is a constant hum from the normal functions of the space station, which some may find a bit annoying.

In general, the puzzles are fair, although not every challenge fits well with the futuristic space-based setting or is particularly inspired. For example, there’s a sliding tile puzzle that’s about as generic as it gets and really makes little sense as to why it would even appear on a space station. Unfortunately, this lack of cohesion and somewhat haphazard puzzle placement is the norm for the game.

If you don’t mind that the setting seems like an afterthought at times and there’s little rhyme or reason to the puzzles being what they are, you can still have fun trying to escape the space station. And if you’re particularly good at solving puzzles, there’s a nice Panic Mode that adds a time-based element that many competing escape room games lack. Unfortunately, this example of thoughtfulness is missing in many other places in the game. As such, it’s a shame that the developers weren’t able to elevate the overall experience to as high of a level as some of their growing number of competitors in virtual reality escape room games. As it is, Space Panic VR (Room Escape) is strictly middle-of-the-road.

Space Panic VR (Room Escape) is available on Viveport or with a Viveport Subscription. 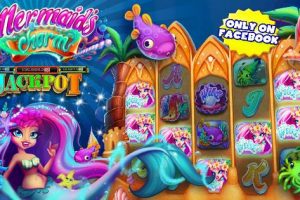 Anyone who remembers the 1990s knows at what level were[...] 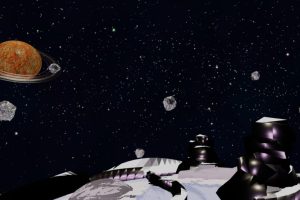