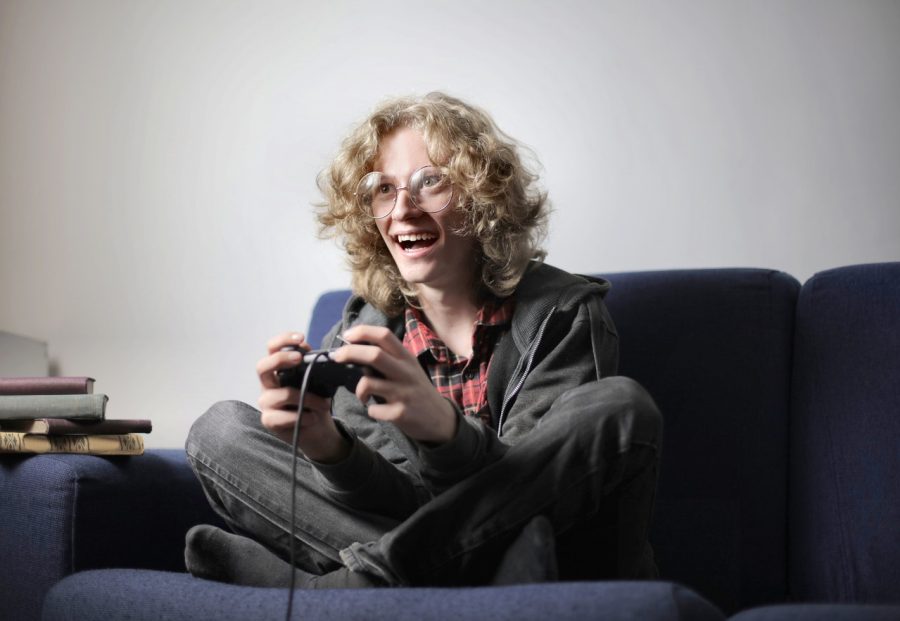 May 21, 2022 Posted by Armchair Arcade Contributor Editorial No Comments

The article is developed in partnership with BetterHelp.

For as long as video games have been around, some groups have felt that they are a danger to society. For example, it has been a long-lasting misconception that violent video games breed violence in real life. But is this really true? Do our actions in games really shape our emotions and actions in real life?

One way that researchers test this theory is by measuring and analyzing the amount of guilt that gamers experience when playing violent games. Some people may believe that if video games reduce guilt, then this will lead to more acts of hostility and violence and less empathy and compassion. But so far, this is not necessarily the case. Read on to learn about the complex relationship between guilt and video games.

Why Do We Feel Guilt?

Guilt is the emotion that acts as our moral compass. It is a feeling of sadness or remorse that is triggered by conducting actions and behaviors that go against our values. When we experience it, we realize that we have done something wrong or inadvertently harmed others.

When utilized healthily, guilt can help us become better people and prevent us from making the same mistakes again. This is why some people feel that video games may be harmful. They believe that if someone doesn’t feel guilty while committing crimes in a video game, they won’t feel guilt in real life either. But this is not necessarily the case.

The Connection Between Guilt And Video Games

Recently video games have evolved to tell complex narratives and address gray areas of morality. Yes, some games are violent and allow gamers to conduct actions that are illegal or harmful in real life, but not all games are like this.

For example, one genre that has exploded in recent decades is decision-based games. The stories of these games revolve around the gamers’ decisions, with the plot changing slightly depending on the gamer’s choices.

These decisions usually revolve around some moral dilemma and therefore don’t always have clear-cut choices that are right or wrong. The consequences of these decisions are also not clear, so a choice that may seem positive may end up with a negative result. These games are designed to make gamers think deeply about their values and choose appropriately. In theory, a choice that leads to a negative result is supposed to make the gamer feel guilty.

Understanding how developers create games to both present fantasies and create moral dilemmas, researchers set out to see if gamers truly felt more or less guilt than people who don’t play video games. Though there is no conclusive evidence just yet, so far, studies suggest that gamers lose their sense of guilt the more they play video games.

However, there are many reasons for this that these studies cannot fully confirm. First of all, there could be a pattern of desensitization. Gamers who play many games are used to violent settings or moral dilemmas and therefore don’t stress about these situations as much as they did when they first started gaming. This doesn’t necessarily mean that these gamers would not feel guilt for committing crimes in real life.

Furthermore, some games just don’t intrigue gamers, so they don’t feel guilty about their actions. If a gamer does not like the story or its characters, they aren’t going to feel that bad if something terrible happens to them.

However, the final theory behind this phenomenon is that gamers view video games differently than reality. This is probably the main reason why violent video games have not led to more violence. Most gamers understand that video games are fiction and therefore are not an accurate representation of reality. They know that shooting a character in a game is not the same as shooting a real person, so they don’t feel guilty about hurting game characters.

So What Does This Mean?

If you love violent or choice-based video games but don’t always feel guilt when playing them, don’t distress. This in itself doesn’t necessarily mean that you are a violent person or lack empathy. As mentioned above, you may simply just be used to video game settings and environments and may be desensitized to the whole experience.

Also, sometimes you don’t’ connect to the story or characters in a game and don’t care what happens to them. This is a fairly normal experience and not an indicator that something is wrong.

Despite popular misconceptions, acts in video games do not translate directly to real life. So if you enjoy playing violent video games without feeling guilt, this doesn’t make you a bad person.

The amount of guilt we feel while playing video games is dependent on who we are and how often we play those games. Those who play many video games will be used to distressing situations and may not respond with stress or guilt. Other people may be more sensitive to these dilemmas and feel guilt no matter how much they play.

Nevertheless, the amount of guilt felt while playing does not necessarily mean you are a bad person. Guilt while gaming is a complex topic and requires significant research before anything more conclusive can be determined. If you are interested in reading more about guilt, you can find more great resources here.