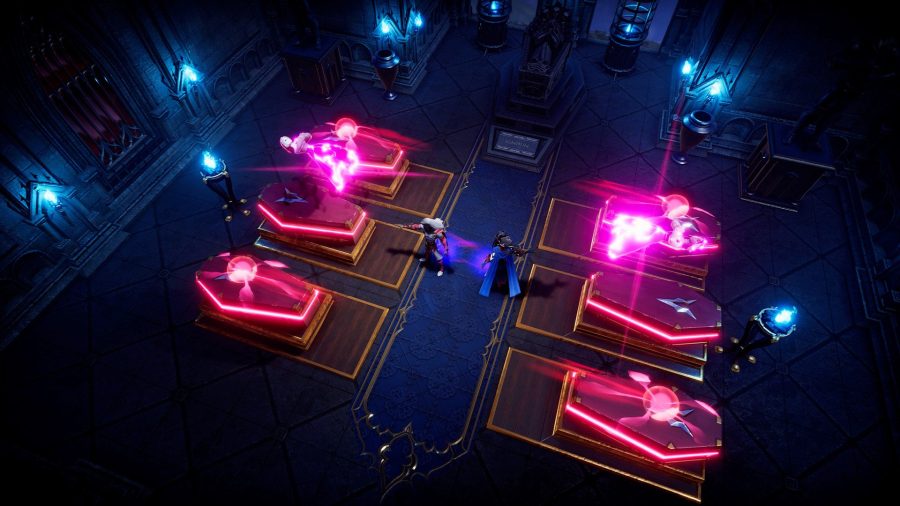 May 25, 2022 Posted by Jonathan Adams Editorial No Comments

There are some gaming genres that just land differently with a larger audience – some more traditional gaming types tend to perform well as they have a dedicated fan base and a constant stream of content that keeps options current like those found at New Zealand Bet365 as options often relate to ongoing competitive events through sporting both online and offline, but other games gain the attention for being great time sinks and providing entertaining content through different platforms.

Survival games have long been one of these types of games – titles like Rust, ARK, and even Minecraft are easy to get lost in and lose a few hours without realizing, they also create a great environment for streamers and content creators too as much like betting sites it creates a constant stream of changing content – and for Stunlock Studios, it seems they’ve hit the ground running with their newest title of V Rising.

The game follows a similar formula to other survival games that have come before – gather resources from the world that has been built around the player and constantly regenerates, use those resources to build and upgrade a player base with items to further refine and progress, and repeat until the end of the game is reached.

Typically, this involves challenges along the way, whether that be from harder enemies, boss fights, or time-gating through refining of these resources – and of course the ever-real possibility that another player can come along and steal all of your hard work through online player-versus-player servers which are amongst the most common ways to play survival games.

As a vampire in V Rising, there is something of a unique mechanic to the game too as all enemies within the game have what is essentially a class, and the power of that class is determined by blood quality and blood type – these can give unique benefits to the player and consuming different enemy types can change the way the game is experienced too. It’s something that hasn’t really been explored in other types of games and fits the survival genre really well as players can have more customization over the way they fight other players.

V Powers also add some other unique features of the game too as players can transform into a wolf for travel purposes, transform into a rat to hide amongst the natural backdrop and avoid other players, or even transform into a human to hide in the human settlements without being detected – once again adding something quite unique to the survival genre too.

The game is still in early access but does seem quite polished with only a few bugs appearing here and there, but the game has found huge viewership on streaming platform Twitch already and some of the big content creators have praised the game massively – but questions still remain around the studio itself.

Their previous game of Battlerite didn’t meet the best of ends, by trying to market itself as a Battle Royale which it wasn’t necessarily as well as some questionable microtransaction practices led to the games downfall, but for the time being it does seem as if at least for the first look V Rising has managed to fit into the niche with some unique formulas to play with too, and is the current big fad.